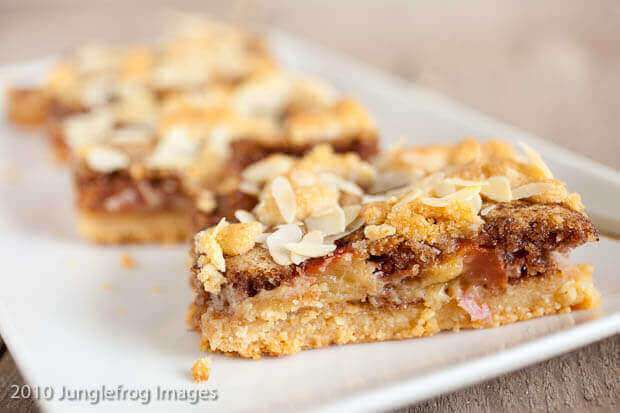 Finally…a day for doing “nothing” which for me tends to translate in being able to bake and cook. I still had some plums that I urgently needed to use before they would go bad, so I searched the internet for a recipe using plums. Obviously this particular recipe can be used with whatever fruit you desire and since it is extremely tasty I would recommend you do just that!

I had never before made a crumble so I figured that would be a good thing to try. Since we started with our patisserie course I am also finding that I am all of a sudden very much into baking. I’ve always loved baking even though it can be a bit more restricting then cooking. (in terms of exact quantities and such) Which reminds me that when we had the class with Carle last Friday; we talked about the need to measure exact when making a batter or dough. And then – as it turns out – what happens in a lot of cases, is that you actually leave lots in the bowl when scraping it out. So that defeats the whole purpose of being so precise to measure – for instance – 116 gr of egg whites. You then beat the egg whites and when scraping you forgot to add the 5 grams that stick to the side of the bowl. Sort of silly when you think about it, so I made myself the promise that I will scrape better… 🙂

This particular recipe uses quite a large amount of ground almonds, which worked fine for me as I still had some leftover in the bag. Not enough for this recipe, so I ground a few more almonds myself. Which I have to remind myself now to buy extra ground almonds next time I get to Amsterdam! 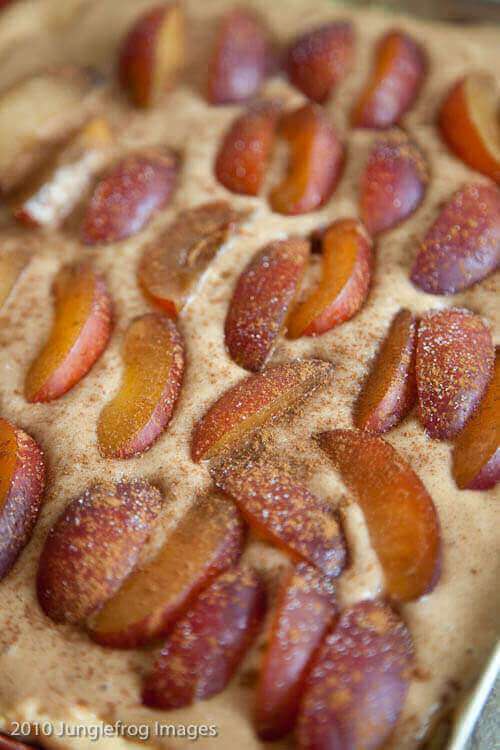 Making this crumble is certainly not difficult but it is a bit time-consuming as you need to bake it in three separate layers. First you bake the bottom, then you add the softer layer with the plums and then you finish by adding the crumbles and almonds. So it does take a while for it all to be finished but it is definitely worth it! 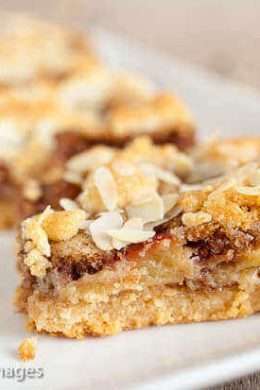 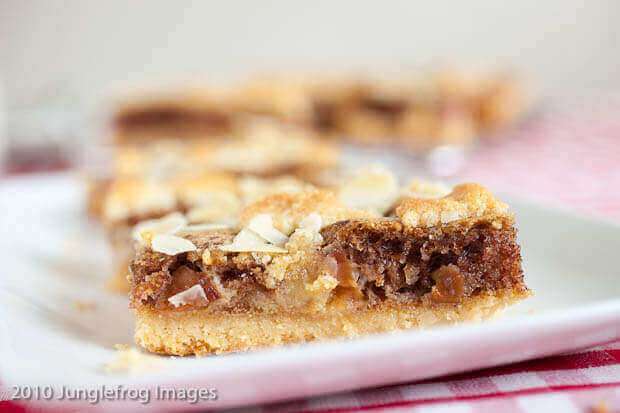