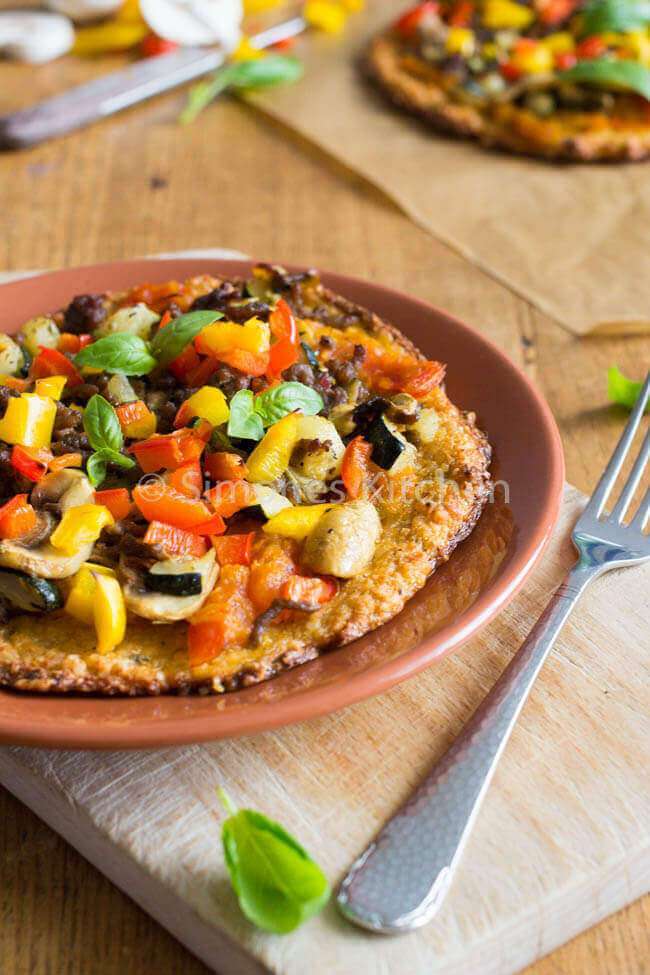 Every one knows them. Those big white things otherwise known as ‘cauliflower’. The first time I heard in how many ways cauliflower is used in the Paleo kitchen, I was a little surprised to say the least. Ofcourse I was aware of cauliflower puree but I had not expected to see recipes for cauliflower couscous or rice… And that we have eaten already a couple of times and I love it! But that is for another day really. 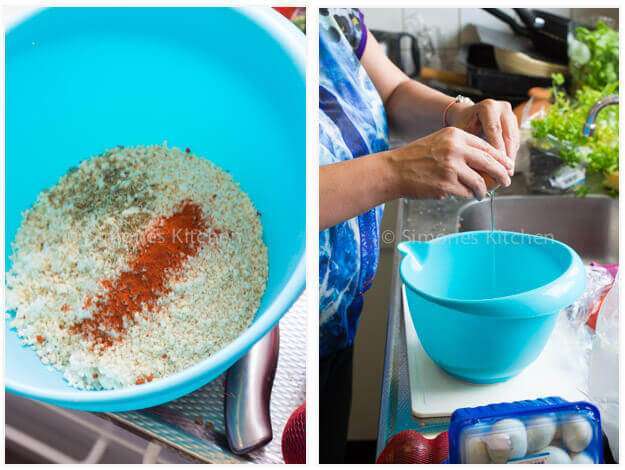 So when Es and I were meeting for today and she proposed to try one of those paleo pizza things I was immediately enthusiastic. And Tom started smiling from ear to ear with the thought of a real pizza! After some intensive searches on the internet there appear to be many more ways of making a paleo pizza, but for today we decided to stick with our initial cauliflower idea. And who knows I might at some point try out the other methods too. 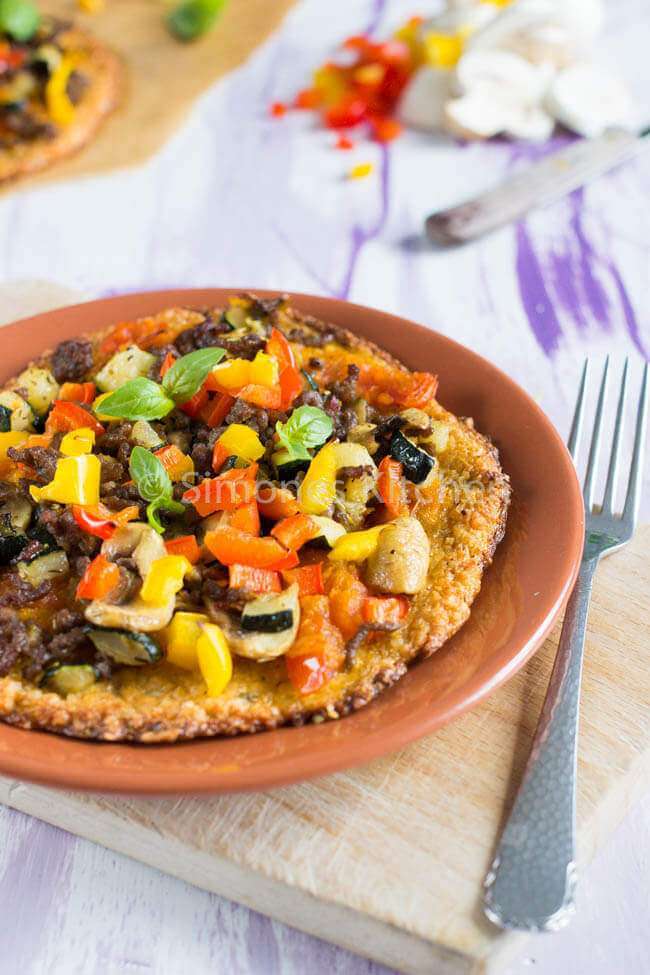 In the morning, while enjoying a glass of water, we first started to think about what to put on and in the pizza. In a lot of paleo recipes there is some form of cheesse used and because I am not allowed to have cheese for the whole30 we couldn’t use that and needed to find an alternative. The cauliflower has to stick enough to make a dough like consistency. Ofcourse the choice wasn’t that hard as an egg would stick pretty much anything together really. We added some hazelnutflour to the mix as well. (easily made by grounding hazelnuts, see recipe note) and on top of the crust we would have a delicious mixture of fresh tomatoes and the tried and testing soffritto by Es. (recipe is in Dutch though!) 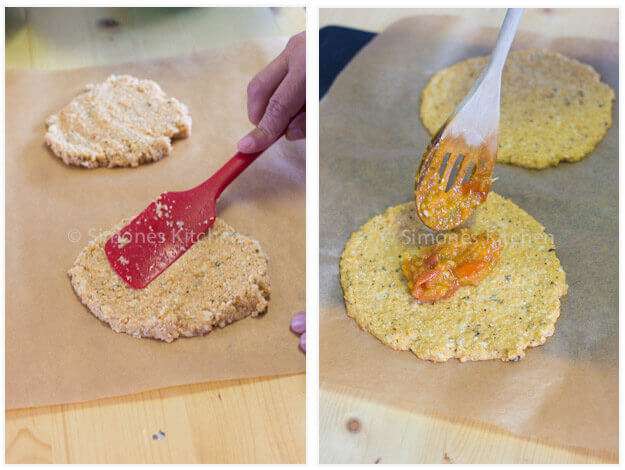 We tried out two versions of preparing it; one in the oven and one in a frying pan. The one in the frying pan did not stay intact. Possibly partially due to the fact that it was larger then our oven versions and possibly also because it is simply better made in the oven. The oven ones were delicious, crispy and firm so definitely go for the oven option if you’re looking for a recipe to make. If you want to try it in a pan, make sure it is small enough to flip. 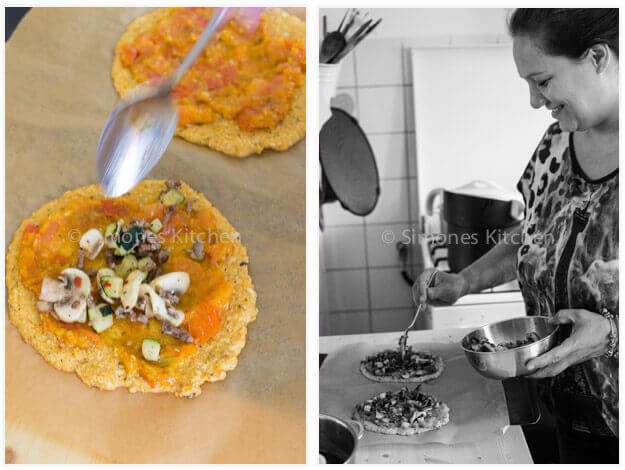 All in all it was a really successful experiment. The pizza was delicious and even pizzaguy Tom thought it was perfect. And you have to know I don’t even really like pizza, but if it tastes like this cauliflower one I might just be a new pizza convert! 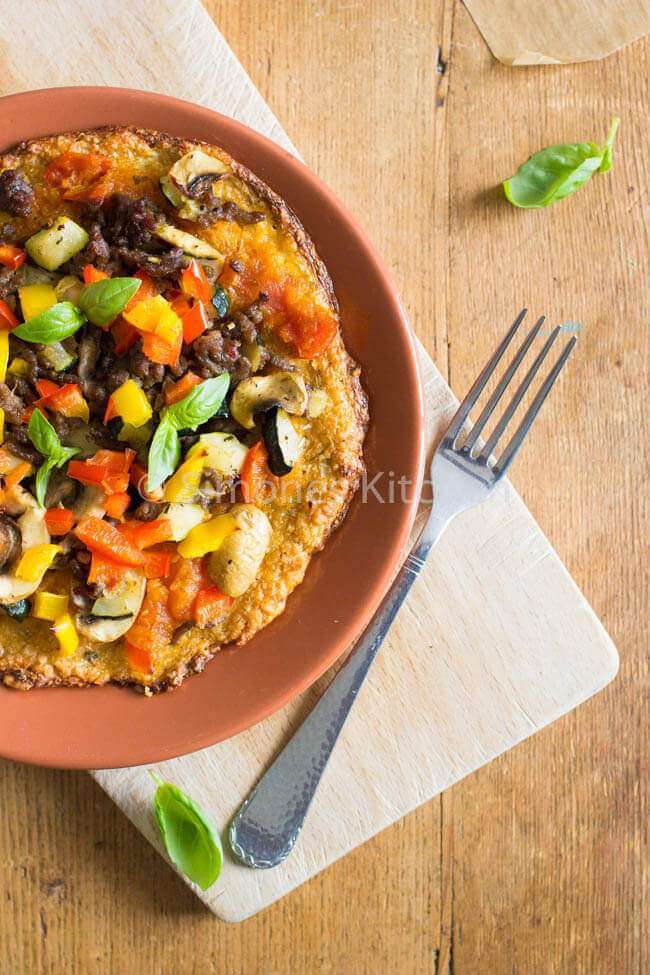 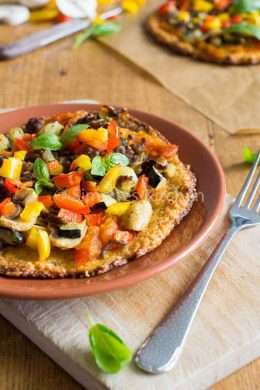