Noodles with Swiss chard and the birth of a recipe 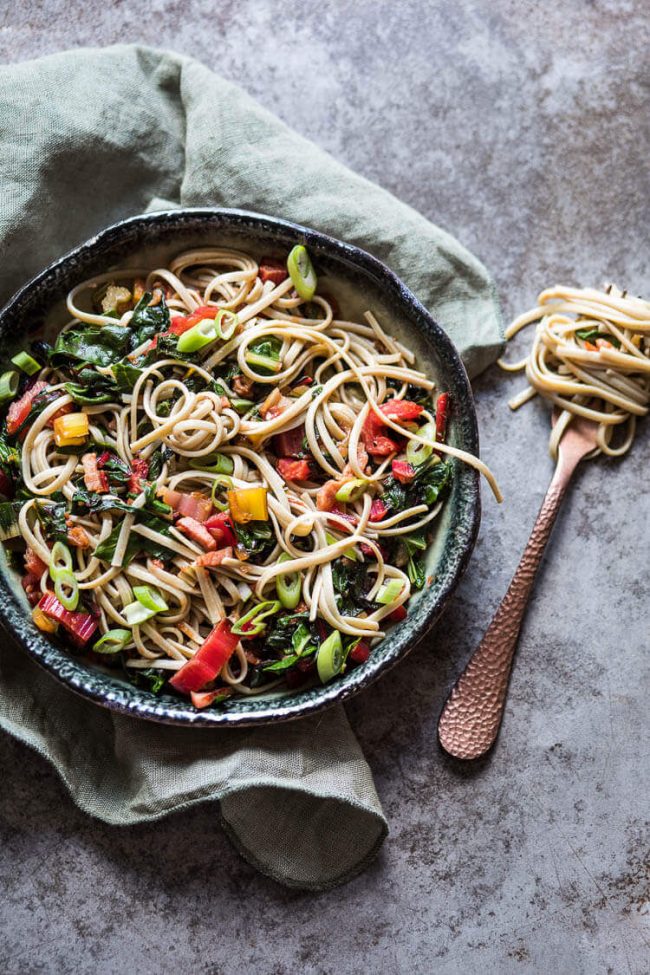 Whenever I see a bunch of Swiss Chard I have a hard time resisting it. It is so lovely and colorful that I keep buying a new bunch (or actually I buy it online at my organic veggies webshop) and since it doesn’t keep all that long it needs to be consumed pretty fast.

But what to make of it?

My experience with swiss chard was pretty limited up till this year as you can’t find it in the supermarket. Apparently it is not that popular. So I had to google quite a bit for inspiration. People often ask me how I come up with a new recipe and if I maybe think about one on the spot. Well yes and no really. In the case of this swiss chard there was not much to be found online but at a certain point I found a recipe with spaghetti and beetroot leaves and ricotta. Not swiss chard but they called it swiss chard which is how I got to the recipe in the first place. The spaghetti bit did make me think about the overdose of noodles I had in the cupboard so I thought I might be able to make that work. 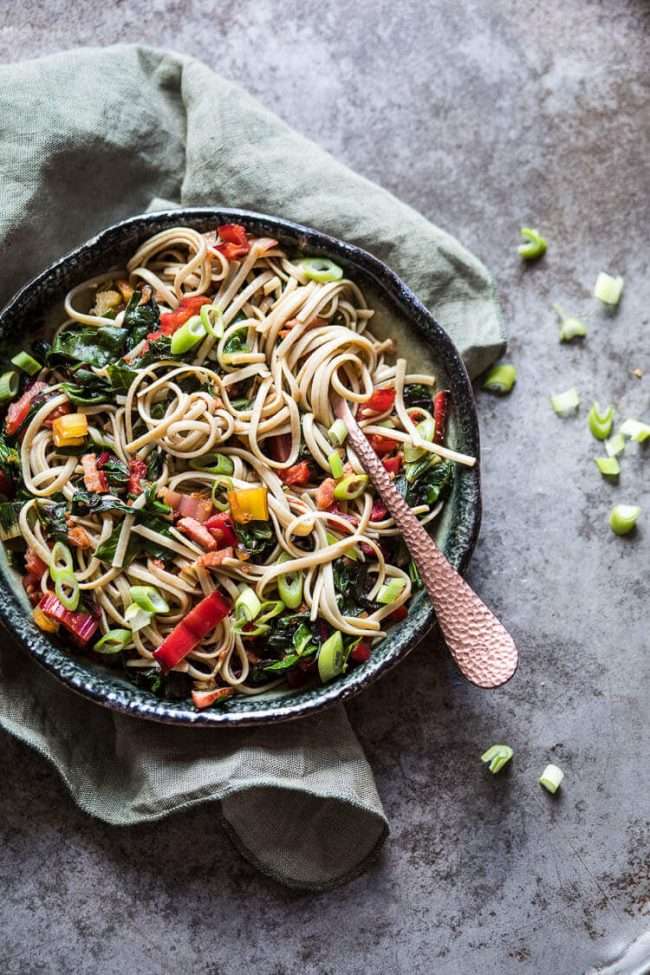 So that is how the inspiration for this recipe started. So I got the noodles out, the swiss chard, onion and garlic. Not so exiting sofar. Looking in the fridge I found some bacon that I thought would be nice plus I discovered a tin of canned tomatoes. Looking a bit further in my (well filled) cupboards I found harissa, chili flakes and miso paste. So I decided to make a tomato based sauce with harissa, chili flakes and the mis0.

I fried the swiss chard mixture (so the onion, bacon, garlic, swiss chard and peper and salt) in a separate pan and used another pan for the tomato sauce. To check if the combination worked as I had hoped it would I put a tablespoon of each mixture in a separate bowl, mixed it and tasted it. Mission accomplished! 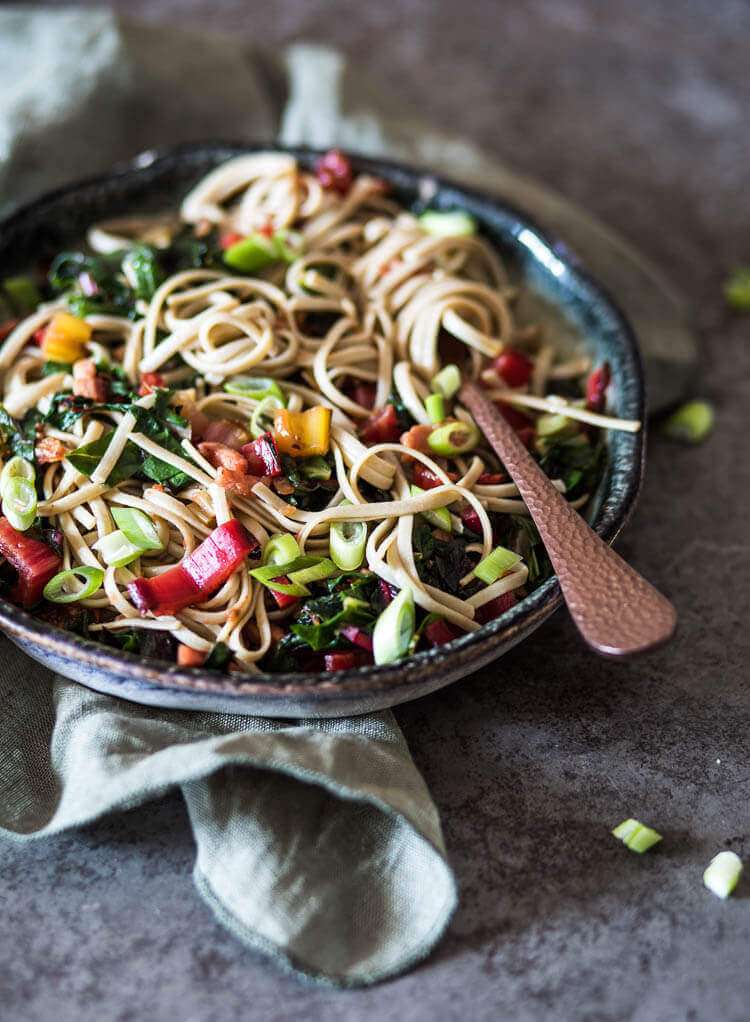 And so the initial inspiratio recipe, spaghetti with ricotta and beetroot leaves became these spicy noodles with swiss chard and tomato sauce. I also love books that just tell you which combinations work together. I always find lots of inspiration from that too!

To make this I used glutenfree noodles made from brown rice and amaranth as I had those lying around but you can use any noodles you like
Prep Time: 10 mins
Cook Time: 15 mins
Total Time: 25 mins
Servings: 2 people