Yes, you are reading that correctly! In – what seems like forever and is probably close to it anyway – I’ve finally managed to complete a Daring Cooks challenge again! Whoohoo!! I love doing those challenges but sometimes it is just too time consuming to keep up with everything and work at the same time. After a fairly busy summer and a rather unsettling spring before that, I simple didn’t get around to doing any after the last one in March of this year. But life seems to have settled down a bit so hopefully I should be able to join in some fun challenges in the coming months!

The October Daring Cooks’ Challenge was hosted by Shelley of C Mom Cook and her sister Ruth of The Crafts of Mommyhood. They challenged us to bring a taste of the East into our home kitchens by making our own Moo Shu, including thin pancakes, stir fry and sauce.

I also particularly liked this months challenge as the Asian kitchen is one of my favorites. It’s usually quick, light and healthy and with the winter months and heavy Christmas food ahead of us, that is just what we need to stay sane and healthy. 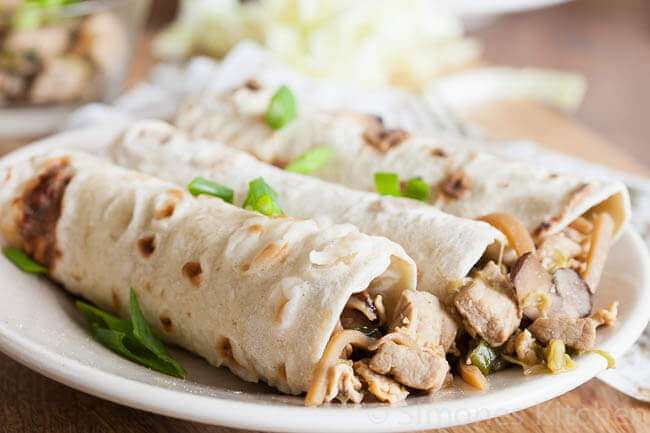 This challenge was all about making specific thin Chinese pancakes and then fill them with a stirfry. In addition to that we also had to make our own hoisin sauce as well. I use hoisin sauce quite a lot when cooking (as we do cook Asian flavors a lot) but had never even thought of making my own. To start with that, as I also started actually by making this sauce first. It’s simple; you whip the ingredients together and you’re done. I did think that the taste was too salty but that could have been because I used a dark soy sauce. I never know what to use if something is too salty… Anyone?

The pancakes took the longest as it involved making the dough, having it rest for 30 minutes and then rolling it in three separate cigar shapes, cutting that into 6-8 pieces, rolling a ball of each and then transferring that into a paper thin pancake. Right… As you can probably see by looking at the photos, my pancakes could have definitely been a little thinner. I thought they were thin but the examples made y Shelley and Ruth looked much thinner, more like crepes almost. They gave us three different ways of making the pancakes but I just stuck to the first. What I did have – and I have no idea if that is supposed to happen – was that my pancakes puffed up while baking them. Did anyone else have that? Or was that because I cooked them too thick or too long? 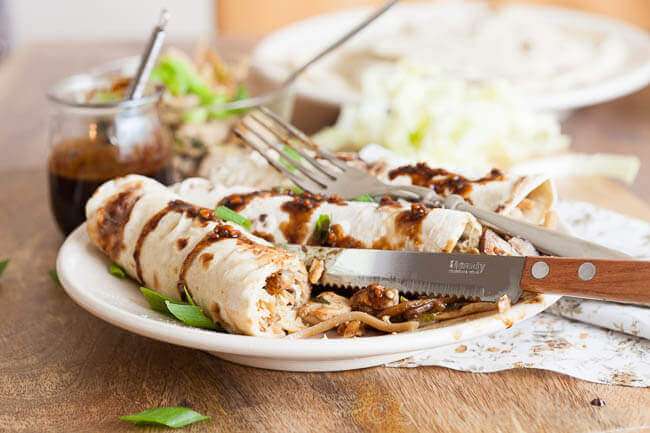 Whatever the case; it was really delicious so in that sense it was all success. I didn’t make any photos during the making of the pancakes as it was pitch dark at that time.. Not really ideal for photos.. 🙂 I will definitely be making this recipe again, although I will not be making my own pancakes. Or maybe a different kind that would be easier to work with. Have to think about that!

Here are the recipes! 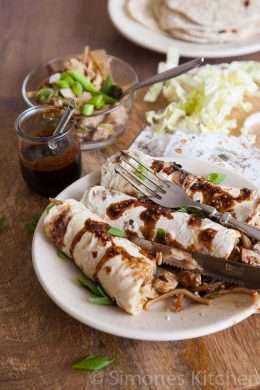 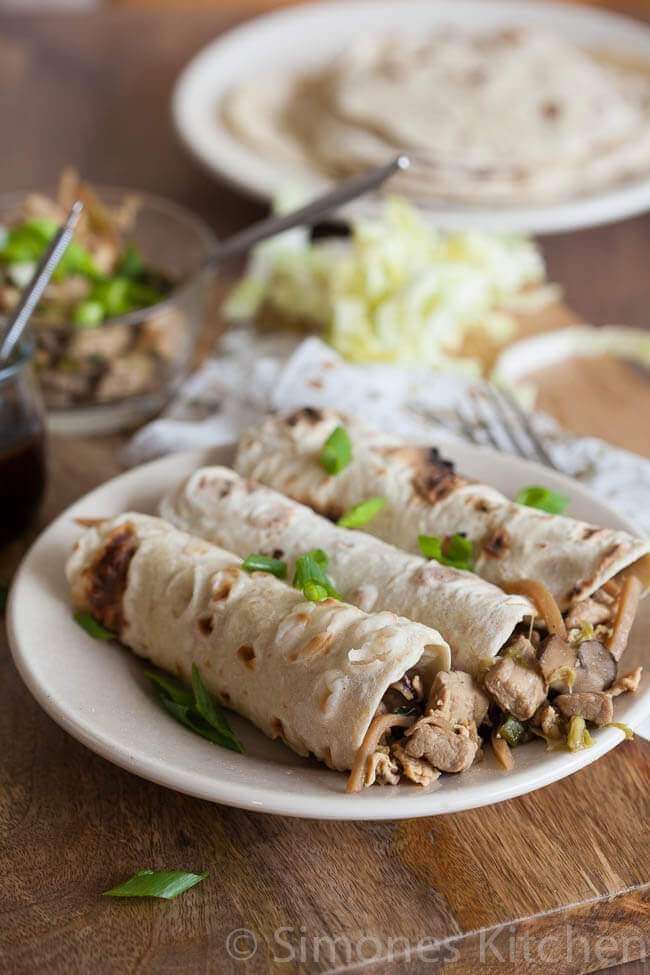