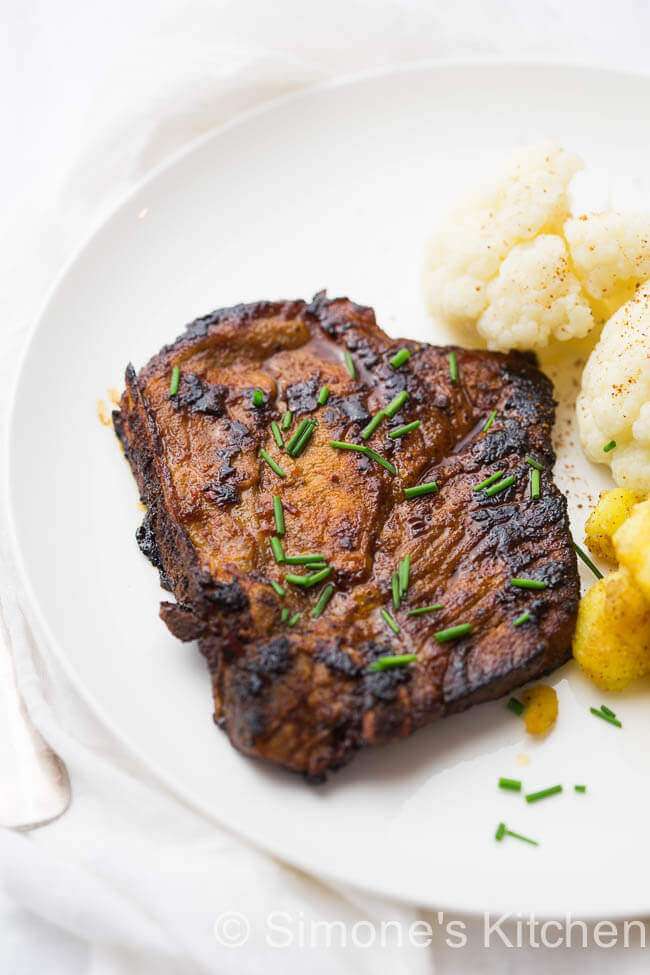 Fellow dudes and DudeFood Kitchen buddies from all over the world, please lean a little closer to your computer (or keep your smartphone even more close to your face), cause I want to share a little secret with you.
For today is the 20th DudeFood Tuesday; that means a little anniversary, jay!
And if you think I’m wrong, just start counting the entries an you will end up with? How much? 22 entries? Yes you are right… and I am too.
Because the entry with the beerbuns was from the hand of the Misses, so that one doesn’t count as a real DudeFood entry. And the stuffed jalapenos was smeared over two entries, so actually that was one blog. So you’ll end up with: DudeFood Tuesday entry numero twenty, presto! Anniversary; Party time! 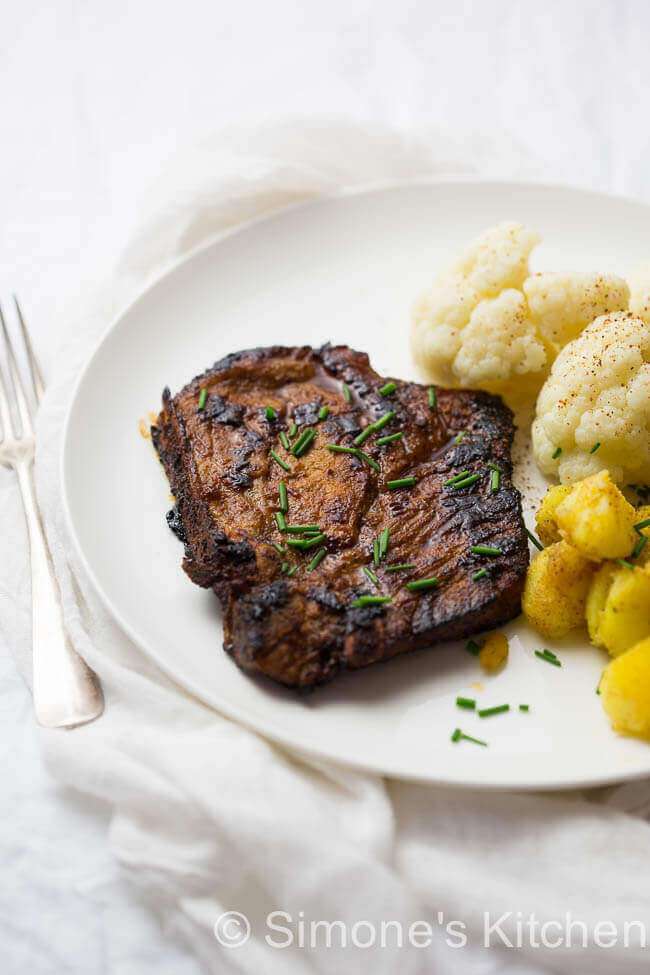 Well, it should have been a party at least, if not for unforeseen circumstances which threw some spanners in the DudeFood party works.
The thing most you probably already know is that I am still a wage slave for three days a week until the end of January.
This bloke uses the other days of the week in becoming a celebrated market trader of bottled and corked taste.
My boss at wage slave station is in the know and everything was hunky dory, but since last month he found out that I am priceless. So he doesn’t pay my salary anymore.
And what’s a wage slave without wages.. yep, just a slave. And to be honest I think that is a little below my dignity.
But with no money to buy ingredients for a banquet I had to be creative with this recipe.
I ended up with some budget meat: pork chops. This meat is excellent when you let it sweat for a couple of hours in a spicy marinade.
And the porkchops become really juicy when you put them in the oven. Easy recipe and yet some guaranteed impressive flavours.

ps. Ofcourse the Misses had to mind my business, especially when it came to the appearance of my oven roasted cutlets. So I had to bake one cutlet in the frying pan, only for generating a nice photo.
As if somebody wants discuss appearances of pork cutlet… when you just finished two or three pieces of that delicious ovenbaked meat. Anyway: the flavor of the oven cutlets was the best. 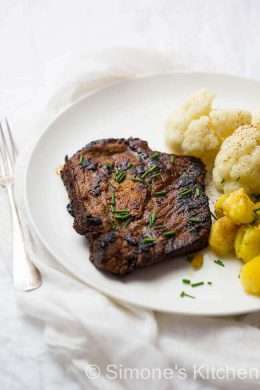