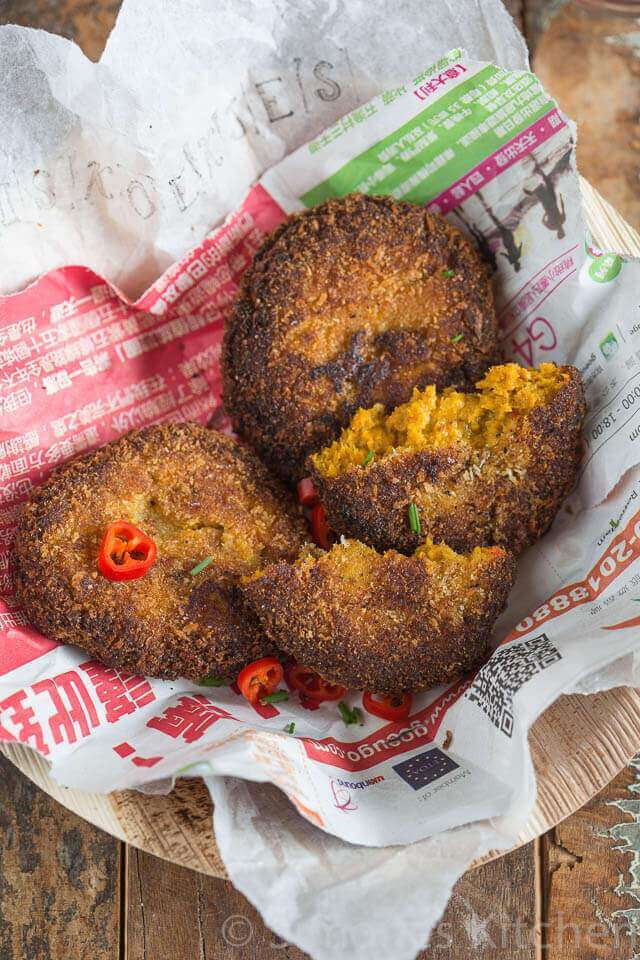 Before we kick of this edition of Dude food Tuesday a fair wod of warning for all those that are a part of the animal rights foundation or those that still think that fish filet grows in a plastic styrofoam bowl: in this report four dudes go out on a fishing trip, catch their own fish and filet their own fish. So for the people previously mentioned this might contain shocking images of fresh fish being cut and prepared.

After this household message, I wish everyone who hasn’t left this space by now a warm welcome in the Dude food kitchen and this time we will go out traveling; a dude trip.

This time the journey takes us to Norway, to catch our own food and prepare it fresher than fresh. 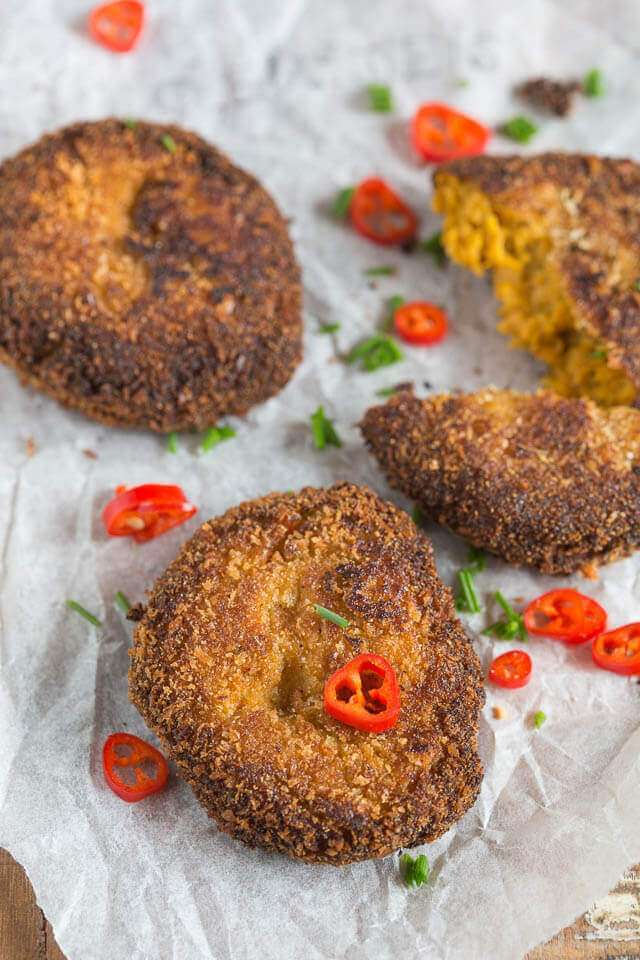 Real dudes catch the elk with their bare hands while they are in Norway and cook it on a campfire that they have made themselves, but we will talk about that some other time. For now we will concentrate on one of the oldest dude activities; fishing.

Together with three other dudes, my brother and two friends we will take you on a fishing trip that we recently had. That this was a trip for real men is of course a given. I will try to explain:

To start, if you go to Norway you will visit one of the most robust countries in the world. Large rock formations and the sea have been fighting here for centuries on who has the right to exist and in the end have formed a precarious treaty. The mountains have put up their high, enormous rockclids and the sea relentlessly pounds those walls with her high and low tides.

This fragile and unwilling bond between land and sea is what the nature of Norway breaths from every pore; without further announcement you can have a thick fog entering a fjord and enveloping everything in a thick, dense, impenetrable white silence.

As if the two duelists, land and see, challenge each other for yet another time, while they both know the battle is going to end in an impasse. 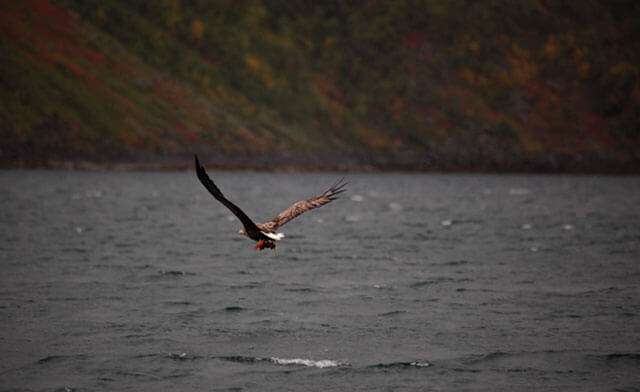 For lack of a better word mankind has given this treaty of nature a name: fjords. And exactly on these fjords these four dudes decide to show the world what wood they are carved from. Here, on these tumultuous waters these ‘holidayguys’ decide to hunt and fish their own meal. The same meal you tend to find in a plastic and styrofoam package at home in the freezer.

And let’s start by getting rid of a big misunderstanding; fishing is not boring! Even better, if done properly it is very “dudey”. 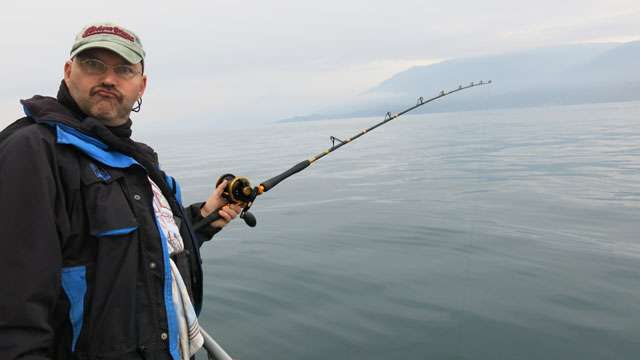 A lot of people – when thinking about fishing – will have an image of an elderly man sitting endlessly by the waterside staring at a piece of colored wood that is called a float in fisherman’s language. A loser that makes a rheumatic jump the moment he catches a tiny fish with the bit of bread he put on about an hour before.

Two things: first, that old man must have been a real dude in his time, so give him the full dude credits he deserves and two, a wrapping a piece of bread around a hook takes a lot of technique!

And, in Norway, we do not go for that tiny fish with a piece of bread; we go for the big guns. There we want to catch fish that can get really, really big like cod, hake, seawolf, halibut and every now and than a really big fat red bass. Fish that eat other fish; swimming monsters with teeth. 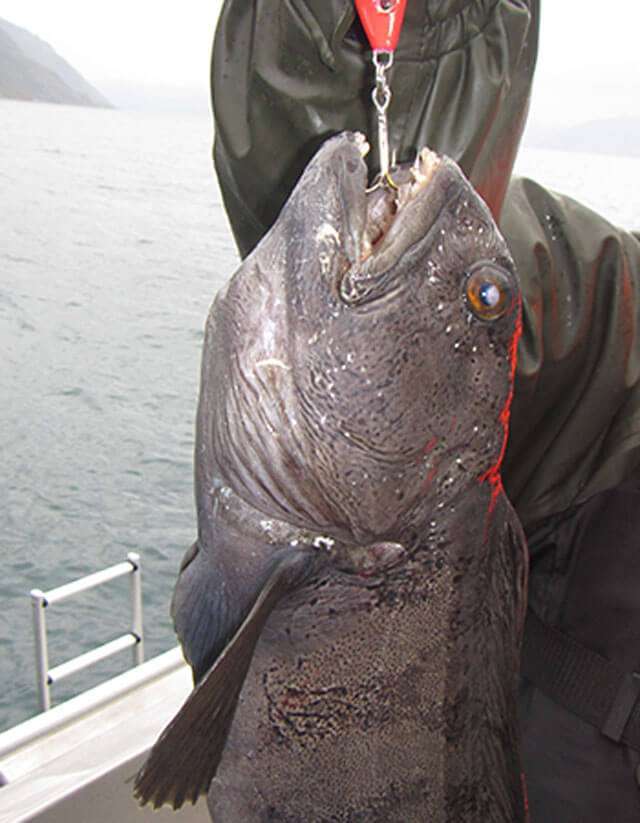 That is the reason the men travel to far and desolate places. And, if they arrive there in the bungalow that is fully equipped to wish with a dishwasher, central heating and comfortable beds… the real dudes don’t even notice those details. All they see is one door with behind it their mancave in which they will survive for the next week.

And to survive you have to eat; so the next morning you leave at an ungodly hour to the harbour and get on the boat to start catching fish. Fresh fish. As fresh as you will ever see, smell or eat in your entire life.

Of course needless to say that real dudes do not catch the fish in massive numbers with nets or other equipment, but they throw one bait in the water and use that to catch that one fat fish. And, the strong fish go back into the water and just the one fish that is not gonna make it, we take home and we eat. Yes folks, in real life you have to catch a fish, clean it and than filet it… before you can play the star chef in the kitchen. Catching your own fish is refreshing and sometimes also a bit confronting, but it also makes you realize that the product you work with in the kitchen is worth some respect. Having looked it in the eyes definitely helps in that respect. 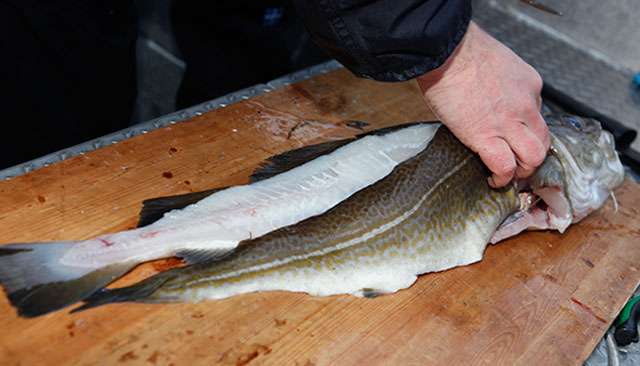 And when you have finished fileting that fish a world opens up for you. You make sashimi from the same fish you hooked today and also that filet of hake that you baked on the skin is of gastronomical quality. We found out, that when fish is really fresh, it doesn’t need much more than pepper, salt and a bit of lemon.

Here is a recipe from my brother who can do magic with a piece of fish. Fish cakes with an Asian bite. 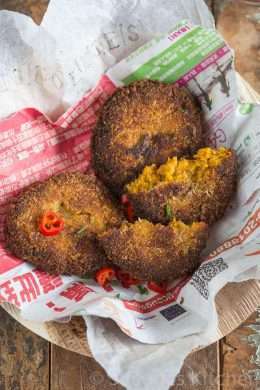 Fish cakes with an Asian bite