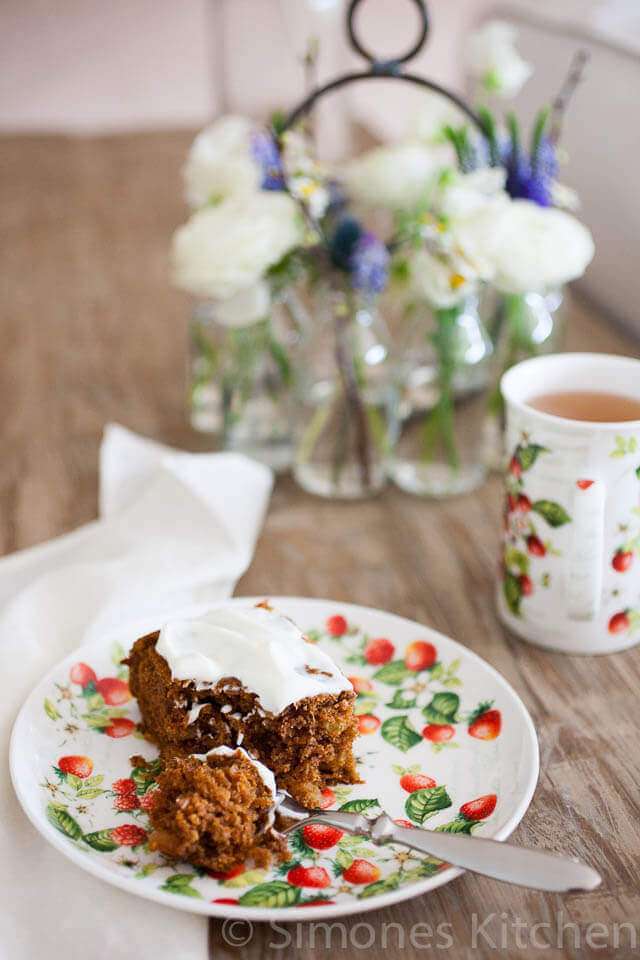 I’ll let you in on a little secret; up till not so very long ago I always thought that carrot cake wasn’t real. That it didn’t really exist other then in a stupid joke that I heard when I was a kid. The joke was about a bunny going to a bakery asking for a carrot cake, which they didn’t have. He came back every day asking for that same cake, until the baker felt sorry for the bunny and made him one. So the next time the bunny came and asked for the carrot cake he proudly said that yes he had made it especially. At which the bunny looked at him and said; ‘Do you hate it as much as I do?” 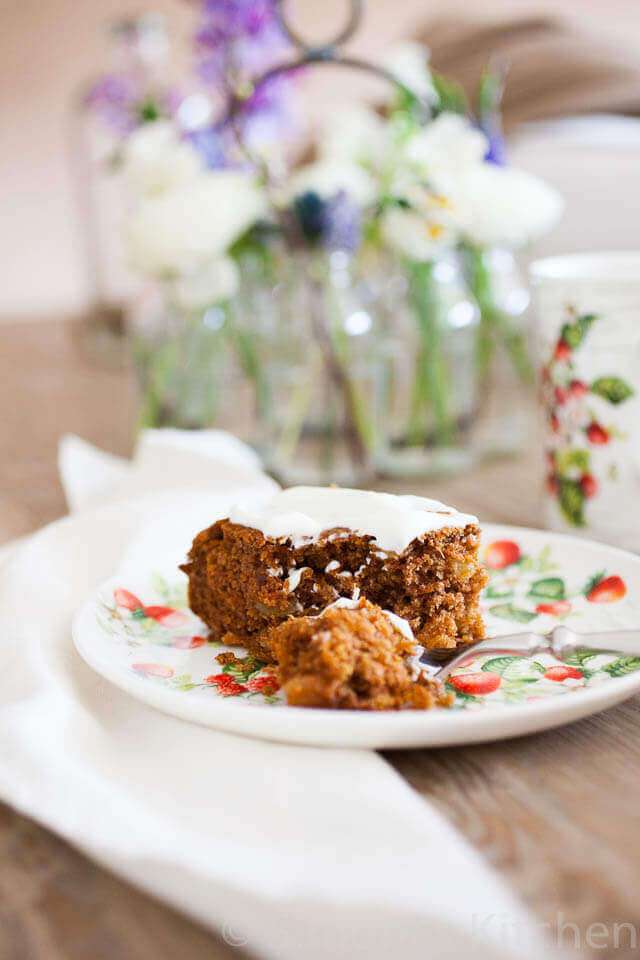 Admittedly a very very bad joke really but it sort of stuck with me. And the fact that it was a cake with vegetables in it, had me convinced that it was an actual joke and not real.

I’ve never told anyone about this until now. Of course I’ve known for a couple of years now that carrot cake is in fact a very real thing. My mistake is probably also due to the fact that I don’t think it is very popular here in the Netherlands or maybe I just haven’t seen any. Fact is that up until yesterday I had never tasted one! It was just one of those things that didn’t occur to me to make. But when I wanted to try out our new oven yesterday and I ‘bumped’ into this recipe on the Good Food website which was a makeover to make it more healthy I figured it was a sign. 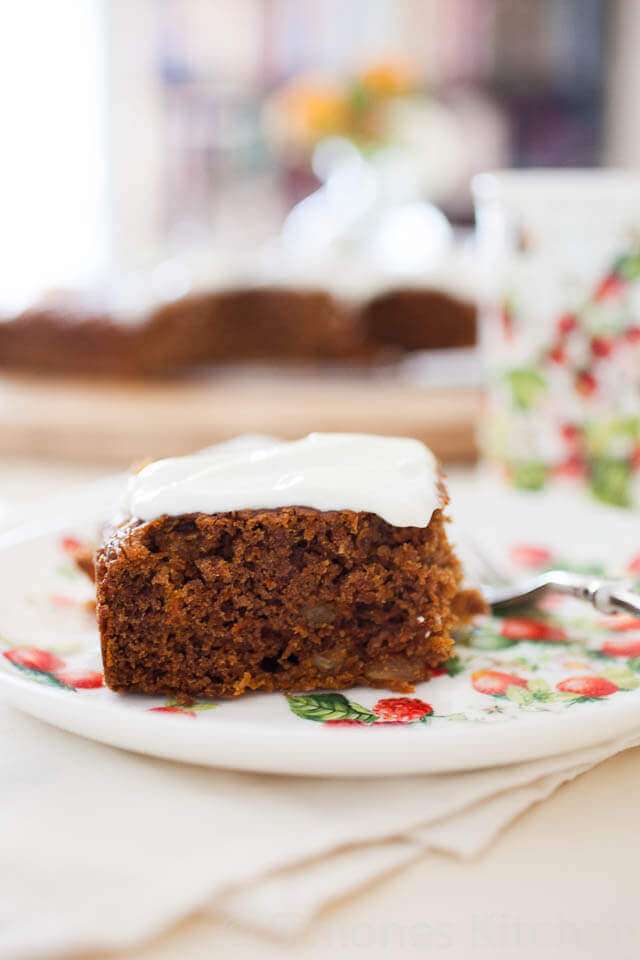 So the very first thing out of our brand new oven is this carrot cake. And I can tell you now that I will definitely be making it a few more times! This is good, seriously good. I haven’t checked against a regular carrot cake recipe why this one is considered to be more healthy apart from the fact that it uses wholemeal flour instead of plain flour and the frosting is made of cream cheese combined with quark which gives it a lovely acidity.

And am I glad to be back cooking and baking! I seriously missed it! 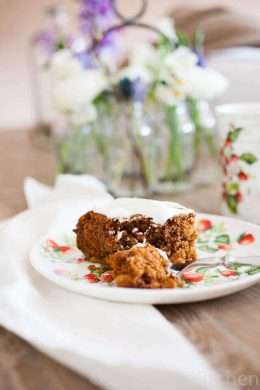