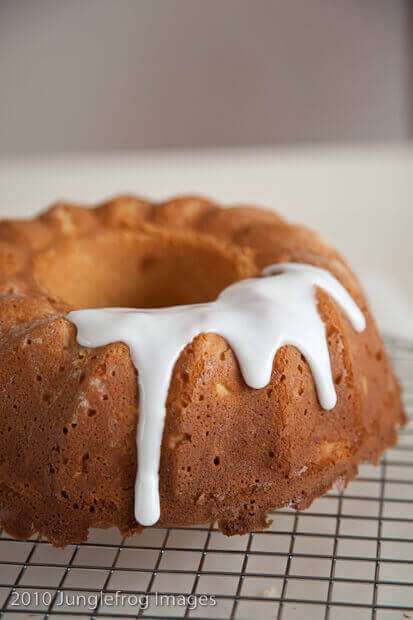 I have been working on the Daring Baker challenge for the last two days and all that time Tom has been anxiously watching the process and suggesting I finish it all for tuesday so he can take it to work and share with his coworkers… Unfortunately for him that is not gonna happen! It needs to be chilled for at least overnight (no, no I will not share the secret!! Check back on the 27th!!) so that means it will be ready tomorrowmorning. But obviously I still need to take pictures of it plus it is not really enough to feed 9 hungry mouths. So… instead I figure I would make him and his team happy by baking something else.

I had never made a Bundt cake up until today. I don’t know why; it’s one of those things that my grandma used to make and funny enough so does Tom’s grandma. Is it a grandma thing? I had asked Santa for a bundt caketin which I got so it was time to put it to good use. Only two days earlier I received a package from Amazon with a couple new cookbooks… (I have a serious cookbook addiction, as I know many of you have too) and among them was a small book with 100 lovely cake recipe.Cake Keeper Cakes

by Lauren Chattman. It had an entire chapter on Bundt cakes although some I did not think would be suitable for trying out on poor non-suspecting colleagues of Tom as it included pepper and other spices, which I thought sounded intriguing but ok, for my first bundt cake I wanted to play it a little safer and I picked the coconut/pineapple cake. Well, ok… Tom did.. 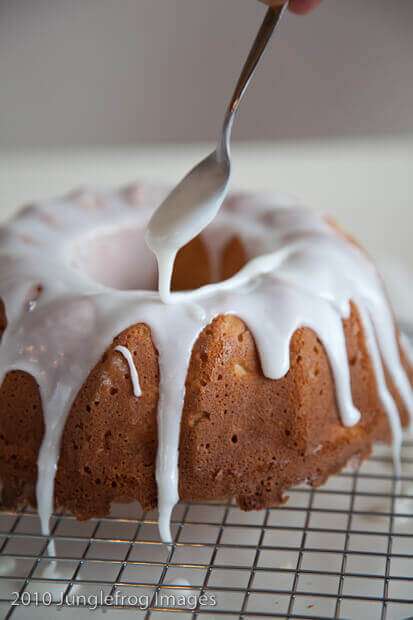 He was sitting next to me in bed when we were discussing all of the above and was watching over my shoulder when I was going through the book and he thought that this particular cake would be good. And what can I say? It is really good. We did ofcourse have to pretaste the cake before it is going to it’s final destination and let’s face it; this cake is too much even for 9 people, so they won’t mind if two small pieces are missing right? 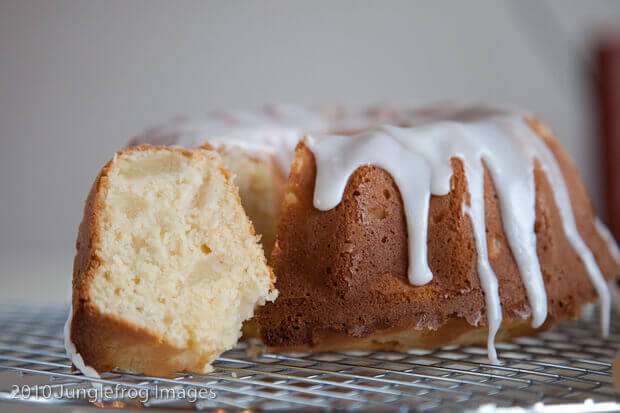