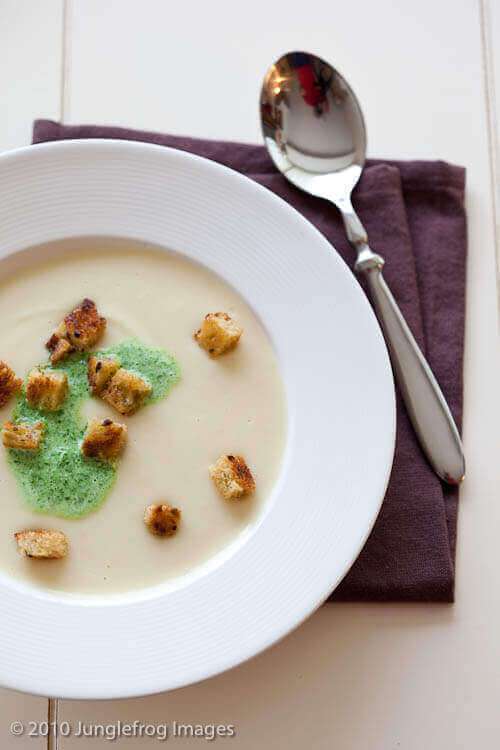 Remember when we went to the Lindenhoff last week? Besides the beautiful beef we also brought back parsnips and chestnuts. I am still undecided on the chestnuts although I might be making something with those tomorrow. The parsnips however seemed to be perfect for a warming soup. The weather here has really been terrible the last couple of days and I always feel that it takes a while for autumn to set in, but when it does; it hits in full force! Tom is not home tonight; having a night out with the boys, so I got to make something that I just know he wouldn’t like so much. Parsnip has a slightly sweet taste, as does pumpkin and he doesn’t like either of those in soup.

If I hadn’t been trying to lose weight, I would have opted for something with loads of french beautiful cheese, but *deep sigh* that will have to wait a while. In fact; Tom has promised me that he would personally make a cheese plateau for me accompanied by a beautiful port wine when I have lost 10 kilo! For someone who hates cheese that is special, although maybe not the best thing to eat unless you want those ten kilo’s to be back as soon as possible… 🙂 I’m not there yet, but going strong nonetheless, so the magic number 10 is not that far away anymore… It makes me want to get there even faster, as I cannot wait to see what he comes up with! (Going into a cheese shop alone would be a real challenge for him. He just cannot stand the smell!) 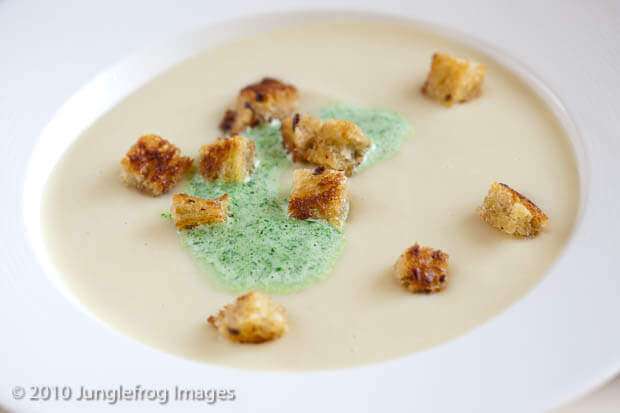 But ok no cheese for me tonight, but instead this gorgeous parsnip soup with a cream of parsley and some homemade croutons. The original recipe was featured in the Good Food of this month. The soup was wonderful; lovely creamy in texture and the parsley gave it just that bit extra. Now this is obviously a vegetarian dish as it is right now, but I would love love love some crunchy bacon in this for next time or mmm, little bit of feta cheese crumbled in would give it just a little bit extra, but as it is; it was close to perfection! 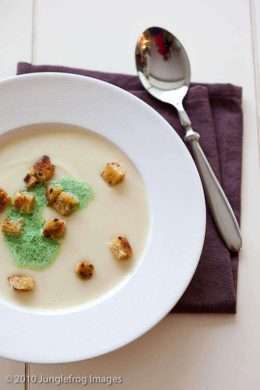