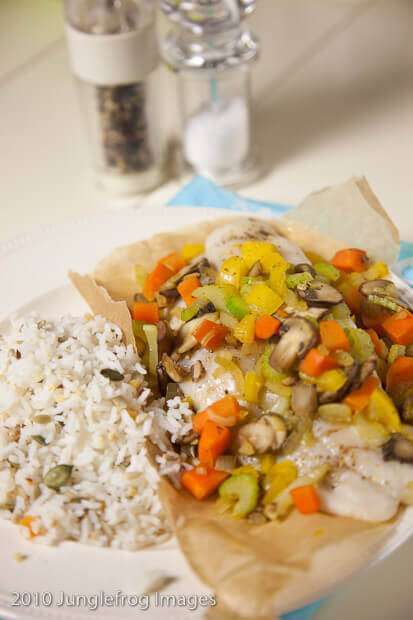 I first read about the Ten Weeks to Healthy bloggroup through someone else’s blog (I’m terrible in remembering where I read what!!) and I was quickly pointed to Lori from Recipegirl to read all about this challenge to get healthy in the first ten weeks of the year. Not sure if I will be able to do it in ten weeks; it’s probably gonna be longer, but I thought it was a great initiative so I joined. I haven’t blogged about it before yet, as I kept forgetting but today is the day. And I thought it made sense to include a deliciously healthy recipe too.

So what are my goals for 2010 and how do I plan to achieve these and how far did I come for now?

1. Eat healthier and more regular. We have a pretty hectic life with irregular schedules and clashing schedules at that too, so by the end of 2009 things had gotten slightly out of hand. I found that I really need to plan our meals taking our schedules into consideration as much as possible and then stick to the schedule as much as possible. The mealschedule that is. So since the beginning of the year I have been writing down our meals for the week, trying to focus on getting healthy food, eat lots of veggies, more fish and fruits. Less of the snacking and less of the alcoholic beverages too. We still drink a glass of wine in the weekend but try to limit it to the weekend.

2. Loose about 20 kgs. That sounds like a lot and well, quite frankly it is a lot, but it is also necessary. I have a quite severe case of scoliosis and while not life threatening in any way it does get pretty painful at times. And those times are in general when I ‘forget’ to work out and gain too much weight. Since the beginning of the year I have already lost 6 kilo so far so I am well on my way to loose the 20 in total. I have set myself small steps with the weightloss as I don’t want to go on a strict diet. That just doesn’t work for me as I love food too much to eat only crackers!! (or shakes even worse…) So the idea is to lose this weight through maintaining a healthy balance between food and exercise.

3. Exercise more and don’t use anything as an excuse not to go. I used to go to spinning class 3 times a week but then I got really busy with work, so couldn’t go during my regular hours and instead of going at another time I skipped altogether. And the one week became two weeks and before I knew it; it was two months that I last went to the gym. I’ve only gone back to exercise since last week so still trying to get back to the routine again. I am also planning to vary more with my workouts. While spinning is great exercise and perfect cardio; doing it three times a week and nothing else is sort of besides the point of exercise. Variation is the key! It’s hard getting back into the motivation needed to go at least three times a week and with work as irregular as mine it is hard sometimes but I told a friend that I met at the gym that we need to start motivating eachother. I tend to skip less easily when I arrange to meet her, so that is what we are doing now.

So that are my mine three healthgoals for this year. ! Go to Lori’s blog if you want to see the other participants of this fun and useful event!

Now on to our recipe of today; I had picked a recipe out of the Delicious of this month and I love their healthy recipes that they have at the beginning of the year so I picked for this week almost all of the recipes out of there. I had never cooked fish in parchment paper in the oven before and believe it is called en papillotte. I was a little afraid that the entire dish would be dry but it was not. The fish was delicious and moist and the rest of the meal was also quite satisfying. Definitely a keeper! 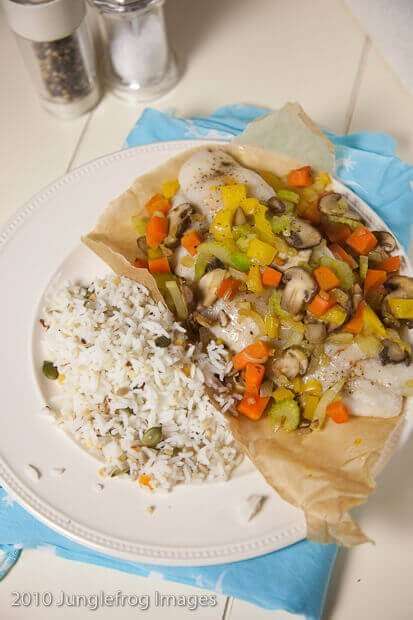 Just try it; you’ll love it!