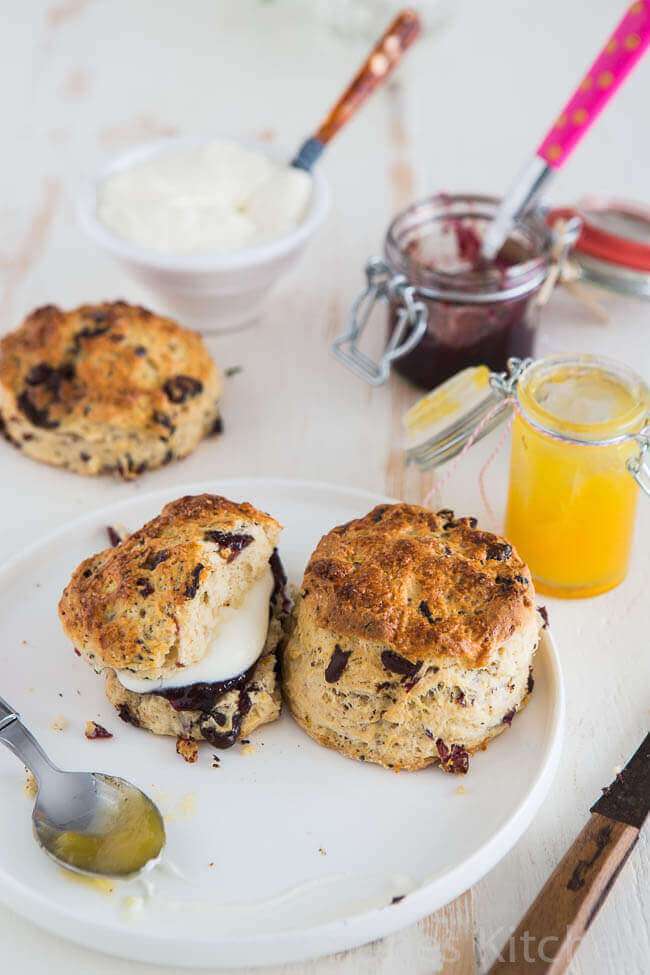 There is an enormous amount of cookbooks on the market, so I’ve become somewhat picky. Even though on a monthly basis a few new ones make it into the house anyway, but still… 🙂
I look at cookbooks when I’m with friends too and sometimes I spot one that I just need to have.
Farmhouse Cookbook is one of those books. A gorgeous book, beautifully made and with great photography ( essential in my opinion for a good cookbook) so yes… I was a fan before I had the book myself. And there are so many delicious recipes in there that I had a hard time picking the first one to make. Until I received a late birthday present from Meeta which contained a little jar of lemon curd and that’s when I knew! 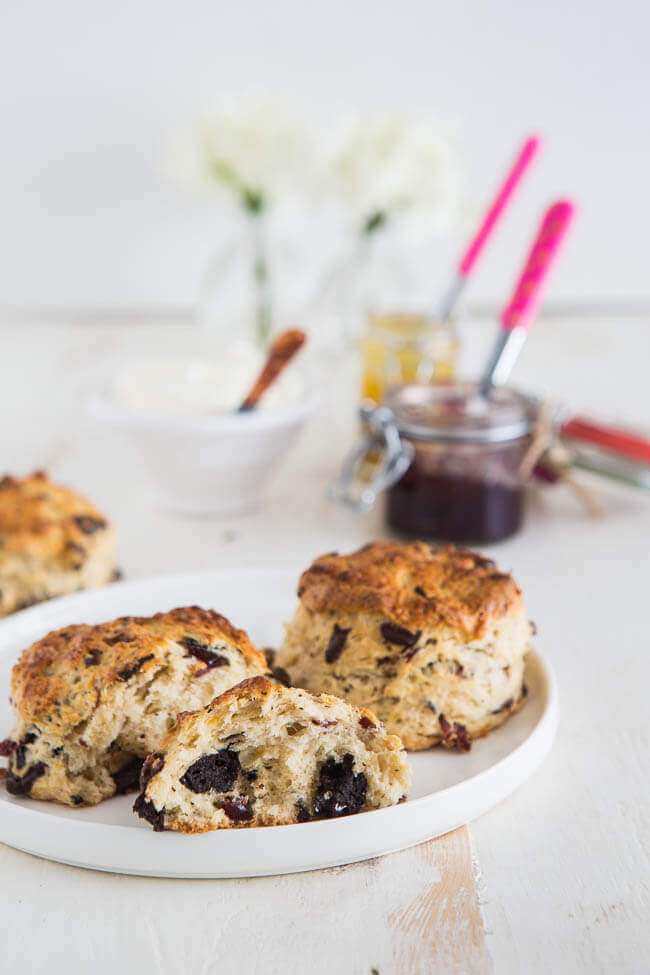 Scones ofcourse! I don’t actually make scones that often and maybe that’s for the better really because what is tastier than a warm scone straight from the oven with some good jam or lemon curd and a bit of clotted cream? I didn’t actually have clotted cream but I can assure you that whipped cream is also quite tasty!
The recipe from the book used sour cherries but I have no idea where I would find those so I made a version with cranberries, chocolate and orange. According to the recipe the dough should be fairly smooth but mine really wasn’t. Quite sticky but I also didn’t want to knead it for too long as it can get too tough and I didn’t want to risk that. So I went with the sticky stuff and baked them like that. 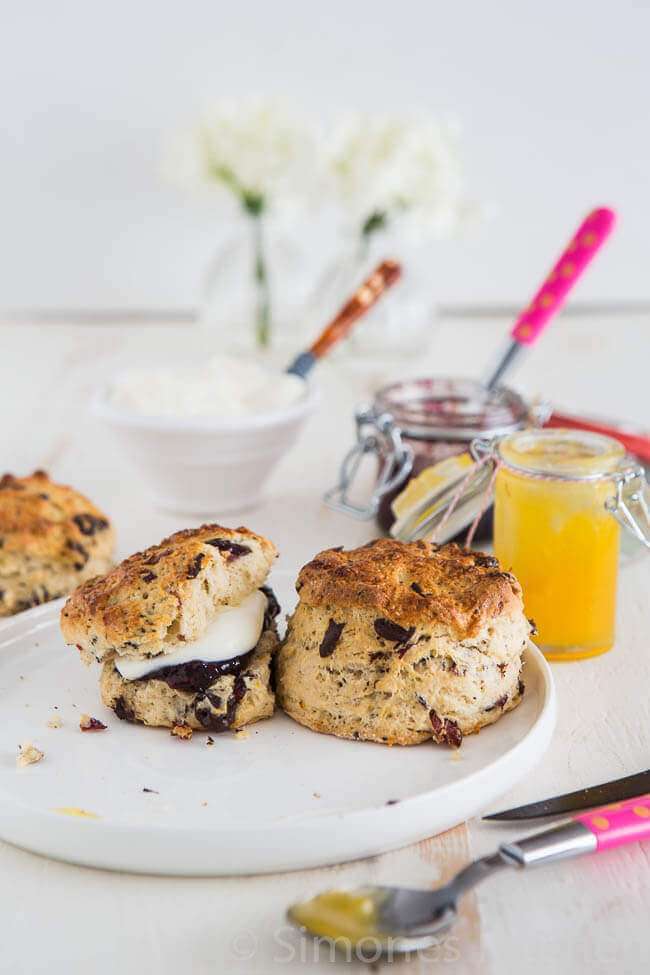 And is it turns out that was a good decision as the scones were
perfect. Fluffy on the inside and crispy on the outside. We had them straight from the oven for lunch on Sunday. With Meeta’s lemon curd and jam with raspberries and basil from Raspberry Maxx… I’m getting spontaneously hungry when writing this!

Farmhouse Cookbook is published by GoodCook and written by Sarah Mayor and is about the Yeo Valley farm, a family farm in somerset… 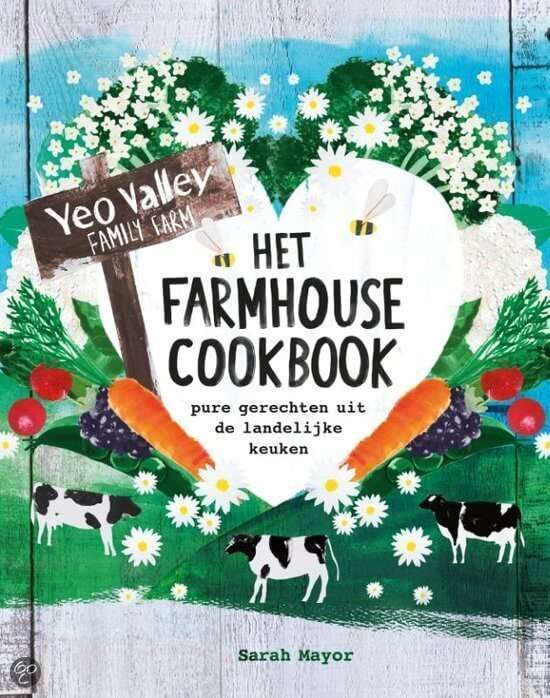 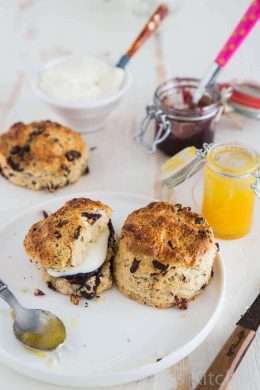 Disclaimer: I received a copy of the book to review, but all opinions expressed are my own. The links in the article are affiliate links from Bol.com so any book bought through one of the links will earn me a few cent!

12 comments on “Orange chocolate scones from The Farmhouse Cookbook”