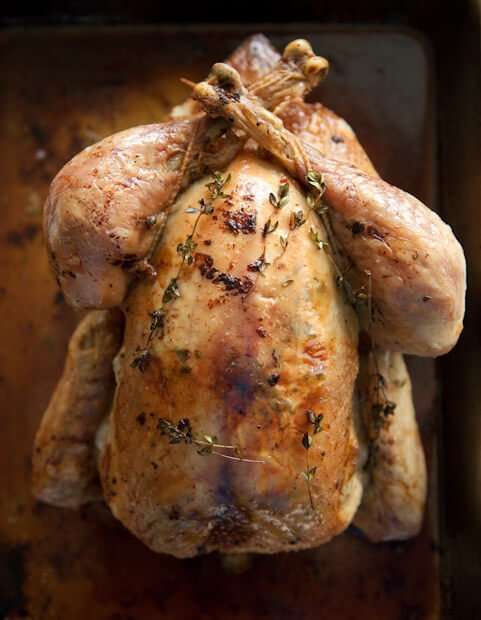 I was wondering on how to start this post; I mentioned Queensday only briefly in my post about the fish and what was supposed to be a national celebration has ended in a national tragedy with a lunatic trying to attach the royal family while they were touring the city of Apeldoorn. In the process he wounded 23 people and killed 7 (as of today, there are still people in critical condition in the hospital) The guy who did it, has also died this morning.

For those of you who do not know queensday I would suggest you visit Dutch Girl Cooking. She has a beautiful blog and also has a fantastic post with beautiful pictures of before the news was out…

Some of you might have heard it as it has been on a lot of international news channels.I will not spend too much time on the tragedy as I just don’t think that people like that deserve that amount of attention!

So on to the more eartly things; our chicken…. 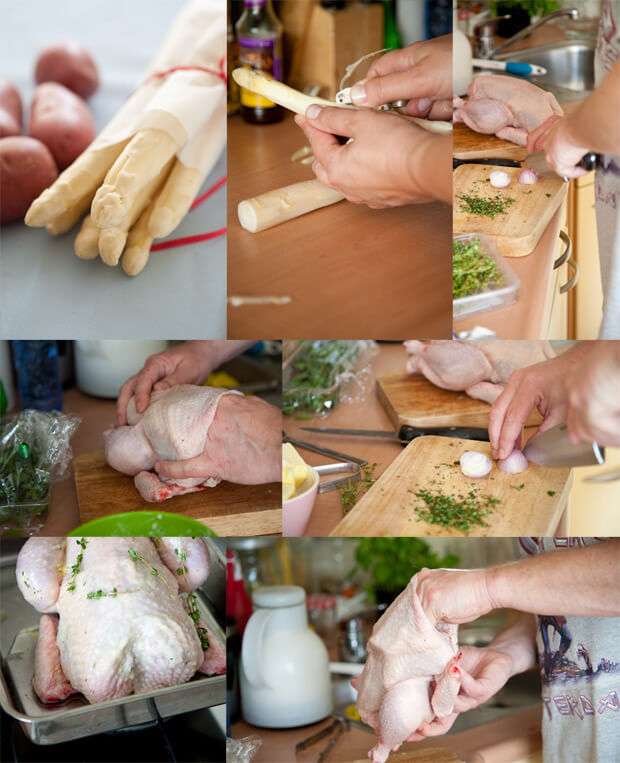 After the disaster with the fish I was a little anxious as to how the chicken would turn out, but as Christie already said “You can’t do much wrong with a chicken” (or something along those lines…) I wasn’t to sure about that though. I have a tendency to get insecure about certain things and doing something I had never done before… can pretty much trigger that! Ok, we eat chicken a lot, but I had never ever grilled an entire chicken other then at the kookstudio, so the thought of doing that was still a little daunting. To be sure I wouldn’t mess things up I checked a couple of recipes on the internet, but we felt safe stuffing the chicken with lemonparts and putting herbed (we added lemonthyme and parsley to the butter as well as salt and pepper) butter under the skin before putting it in the oven. As you can see Tom was the lucky one who got to do the dirty work again… 🙂 I did help though with loosening the skin! (just so no one can tell me that I ‘chickened’ out. hehe…

As you can tell from the above photos it was browning nicely in the oven. I checked it after about an hour and the juices did run clear after piercing the thighs but paranoid person that I am, I decided to leave it in for another 15 minutes. I didn’t want to have another uncooked creature on my hands and certainly not a chicken. Needless to say that it should have been left slightly shorter… 🙂 But it was still delicious. 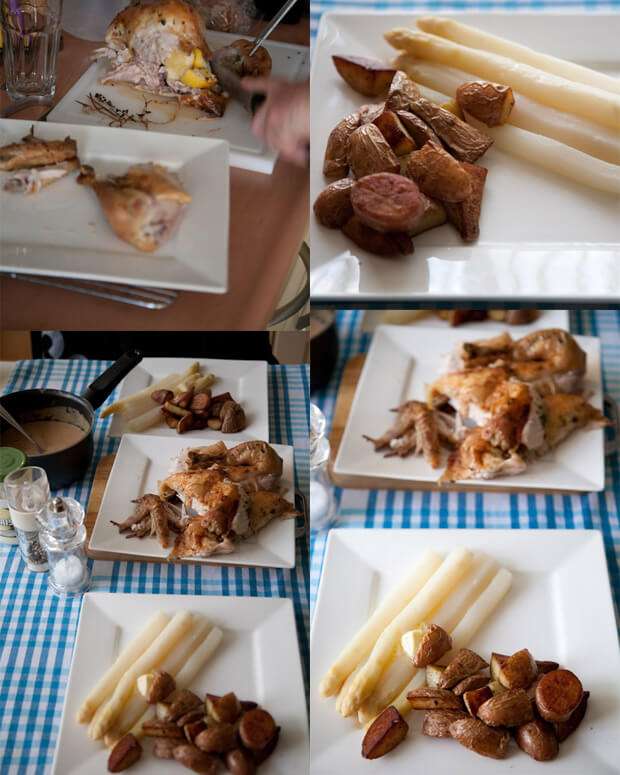 We had baked potatoes and asparagus with the chicken and we made a mushroom sauce to go with that from the chicken juices, cream and mushrooms and some herbs we threw in. It all tasted lovely, although taking photos of the end result was a bit hasty so forgive the not so fabulous quality…:)

I do have a confession to make; I have a chicken trauma…. When I was little I used to always go to my friends house. Her parents had a farm and I have always loved animals, so being there and helping with the pigs, the chickens and the cows was heaven for me. There was one thing however that I did not like and that was the eating of the chicken. Remember I was about 8 years old at the time, so this made a huge impact on me! Once the chickens were old the had to be slaughtered as they didn’t give so much eggs anymore, so my friends father did that himself on their yard and I have seen many a chicken being killed. Now… that was not the problem as a headless chicken running around was always kind of funny. We cleaned the chickens as well from their insides, put them in hot water so the feathers would come out easier and burned of the remaining feather bits above the stove. That was all fine, but after doing all that; I could not get myself to eat the chicken anymore. And my friends brother…hmm, how shall I put this delicately; he is the reason I have this chicken phobia. Simply because of the way he ate; and he ate everything of the chicken; hearts, neck and god knows what else. It all looked absolutely disgusting to me, so I never really wanted any of that. Because the chickens were old (compaired to the ones you buy in the stores anyway) they were also a bit chewy and difficult to eat. Lots of muscles and sinew running around their bones… I can’t really describe it I guess, other then that is where my phobia comes from! So having this whole chicken was a break-through let’s put it like that. 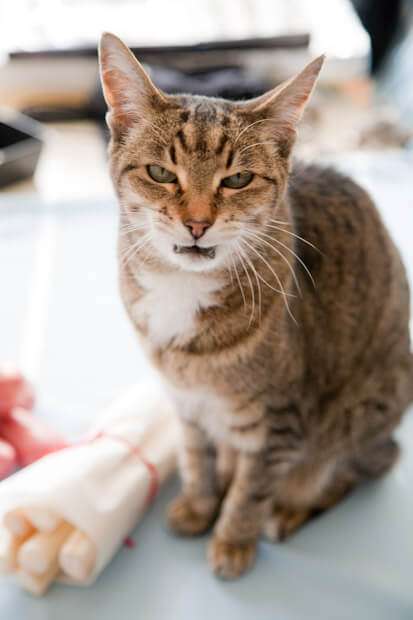 Anyway, the meal was really lovely and I liked the chicken (yeah!!) so all was well!

I couldn’t resist posting this photo of Gizmo as well. I wanted to take a photo of the asparagus before peeling them and ofcourse Gizmo – curious little devil that she is – needed to come and sit next to the asparagus so she could make sure I did everything alright. As you can see she has a bit of a funny mouth. She is missing most of her teeth, but her front fangs are still there and sometimes her lip kind of ‘hangs’ on the fangs, without her knowing it. But it looks very silly, but cute nonetheless… At least I think so…

She thought the chicken was fabulous too!