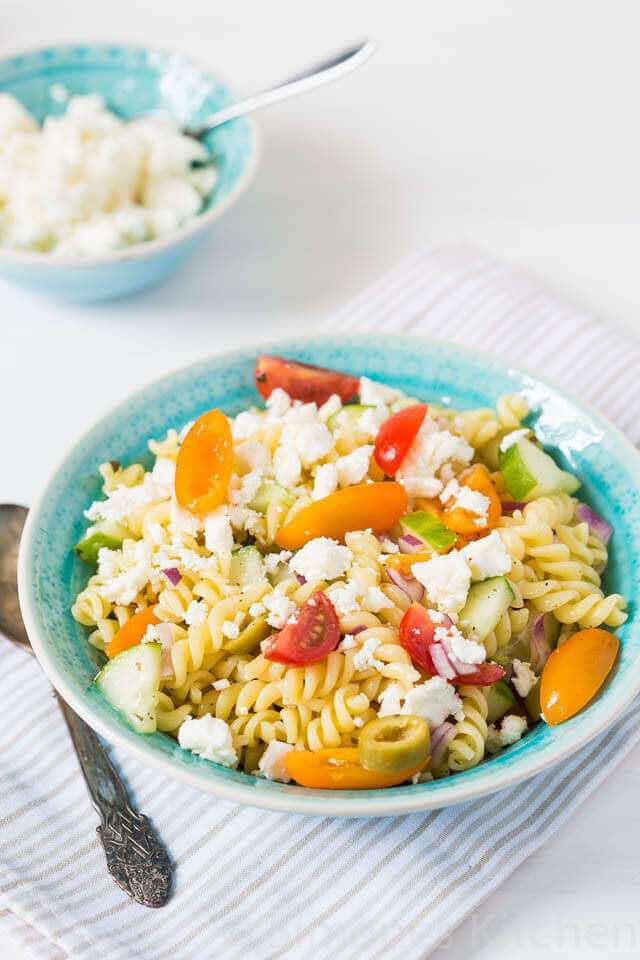 Greeece… I have told you before about my love for this sunny country, the great food and the wonderful island. And because it is almost summer after all; here is a recipe with Greek flavors!

You see, I was visiting Esmee this week again. And apart from the fact that it is always fun  Esmee , every day is always too short as we have so much catching up to do and ofcourse, no day is complete without having cooked something.

How that works? Well, we are in contact beforehand via twitter/facebook/whatsapp and we “brainstorm” on what to make. That usually means we have about 25 different ideas, of which we decide to cancel three.. “because that would be way too much”, then another three “because those look a bit similar to what we have already done” and with a bit of luck three more because we still think it might be too much… 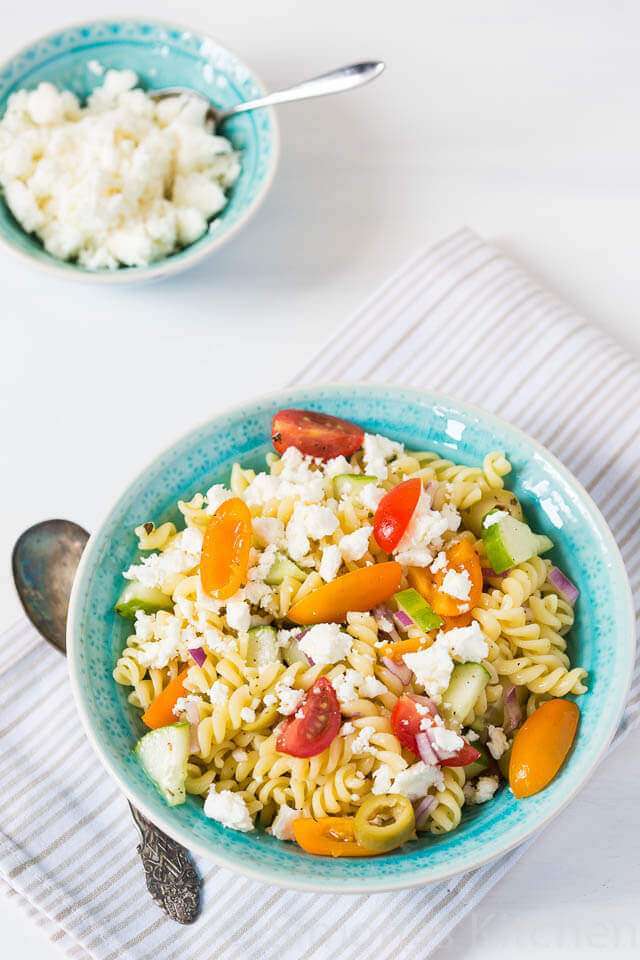 And to make the calculation a little easier we end up with five things… Sounds doable right?

But than… We don’t live next door to eachother so by the time I have arrived at Esmee’s place morning is well on it’s way to become afternoon. Depending on the horrible traffic jams I have to go through… And than we need to talk… There is always stuff to catch up to and all of a sudden we look at the clock and it’s close to 12…

Thankfully we usually do the grocery shopping beforehand so that saves a lot of time.

And this time we were being really good as we actually had decided to make two pasta salads and three cocktails. (and no, no, I did not drink them all! I still had to drive back home remember! Just a tiny sip I took… really!)

But you’ll see the other recipes pass by at some point (and something including wodka with whipped cream flavor… Seriously..) But for now I am giving you this Greek Pasta salad which is a total winner. 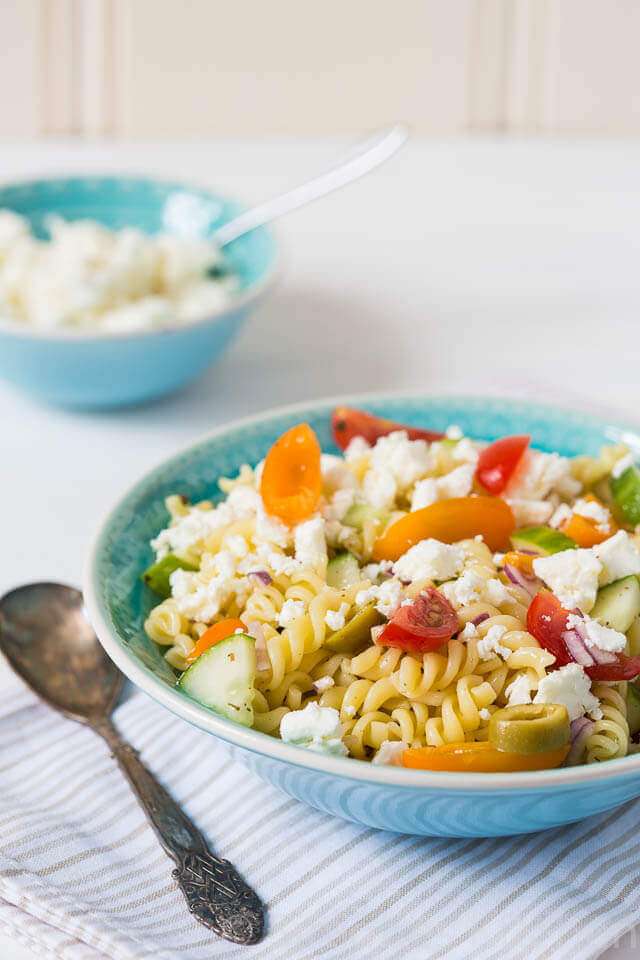 These flavors will immediately transport you to sunnier regions and I know that officially it shouldn’t contain pasta, but it’s delicious, so who cares.. 😉
Also perfect for taking along on a picnic or for a lunch at the office. 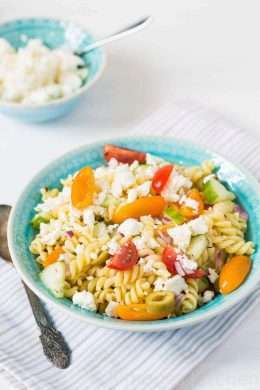