Recipes » Pasta rice and noodles » Cannelloni with cauliflower and romanesca

Cannelloni with cauliflower and romanesca 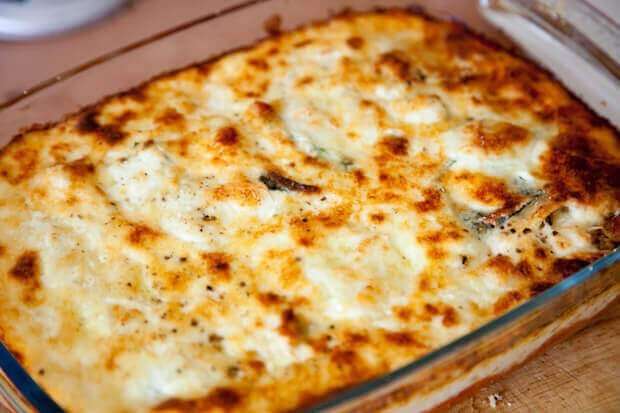 I can’t remember when I decided to make this dish; I think I had seriously bought too much vegetables while at the market and simply was looking for ways to use it all before it would go bad. We have the entire series of Jamie at Home on DVD and we love to watch him cook up a storm with all the goodies from his own garden. In the episode that featured this amazing cannelloni Jamie used cauliflower and broccoli but you can use any type of cabbage that you like. I happened to have cauliflower and romanesca in the fridge so those were the two varieties I used.

While making this I was a bit hesitant if it would be good. The whole filling of the cannelloni did not go exactly according to plan (but let’s face it; a lot of stuff I try to cook doesn’t particularly go to plan… 🙂 ) I put the hot stuff in a piping bag but I think it was slightly too thin. I got it in on the one end of the cannelloni and it came right out the other end straight away. Well, the liquid stuff came out, the firmer stuff stayed in and did not want to move beyond the middle of the cannelloni… 🙂 The solution wasn’t too hard though and in the end I managed to stuff each and every single cannelloni and put them in my ovendish.

Because it takes quite a while for the dish to finish in the oven we were quite hungry by the time the food was ready to be eaten, so unfortunately just a few quick snaps. I could not persuade Tom to wait any longer before diving in and eating this delicious dish. Despite the fact that there is no meat involved here other then a little bit of ansjovis Tom loved it and so did I. You can add meat if you want but you really don’t have to as the flavour and texture are more then satisfying. 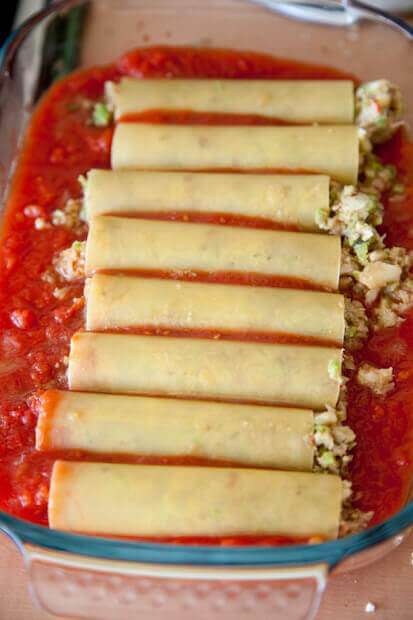 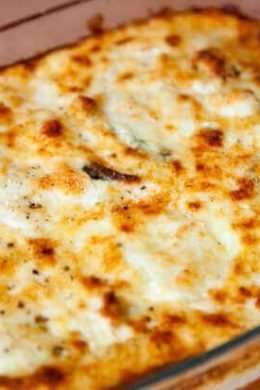 Canneloni with cauliflower and romanesco 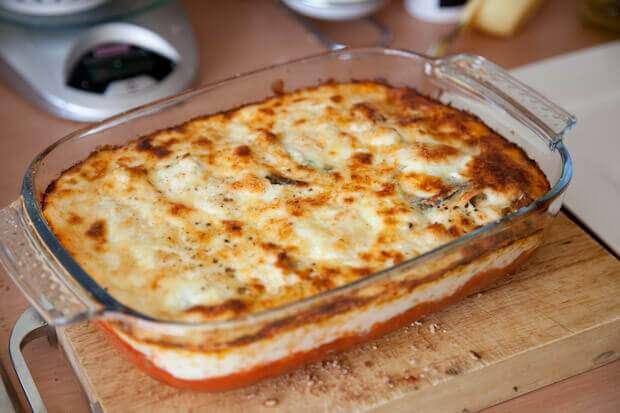