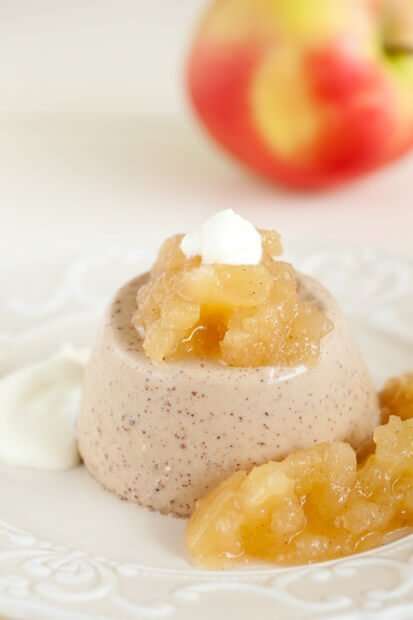 It had been a while since I last made panna cotta and I think the last flavor I tried was the lemon buttermilk pannacotta which was absolutely fabulous, but I wanted to try something different this time. I used the Panna cotta book from Camilla Saulsbury again and picked the cinnamon variety. The original recipe called for caramel sauce on top but since I am not a huge caramel fan I figured apple would work great with the cinnamon flavors and it did!!

What I love about Camilla's recipes is that they are really easy to follow and the flavors are amazing. I have not nearly made all the panna cotta's in the book since they would kill my waistline, but ok on to this particular recipe. lovely cinnamon flavor!! 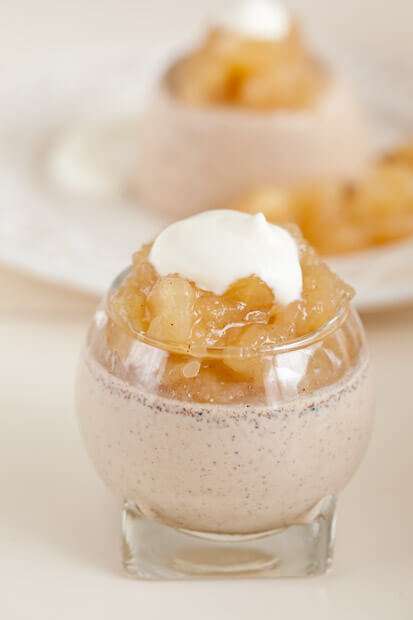