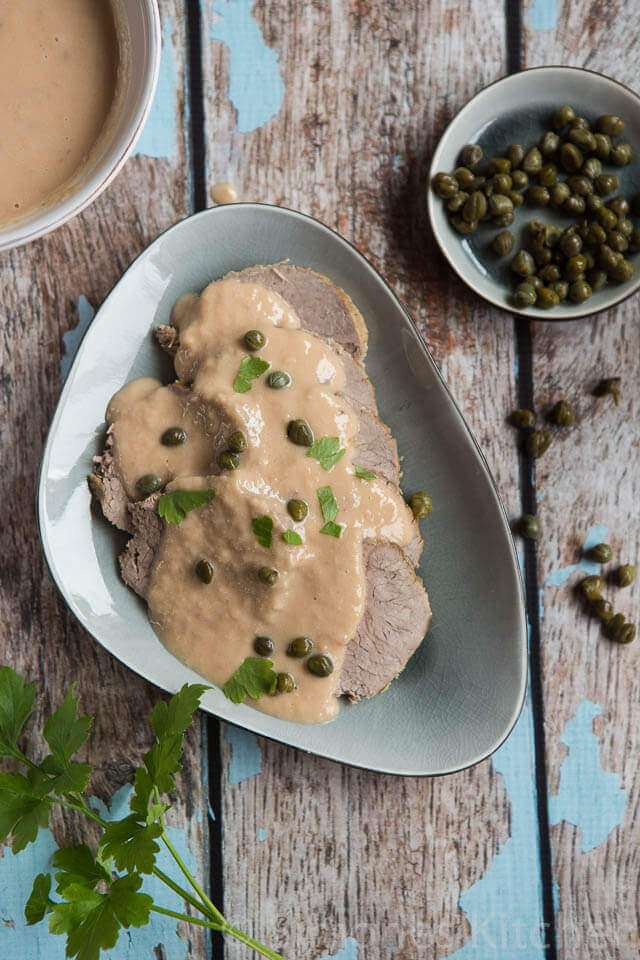 It had been ages ago since we last did a mystery box. We used to call it the ‘black box’ but mystery box sounds a bit more fun so that will be the name going forward…

The concept? A little bit like masterchef but than a little less mastercheffie…. Because that is not what we are, so are rules are a little more flexible. One of us (I am doing this together with Tom) goes shopping for the other, puts it in the mystery box and the other person needs to cook with those ingredients. On masterchef they have an hour to make something up.  We have a day…

Usually the content of the box is revealed on a friday and than the dinner is the day after.

And ofcourse, part of the fun is to get special ingredients for the box. Because a regular piece of chicken and a pount of potaotes is not a great deal of fun… Delicious but not worthy of a mystery box.

But… you might have seen this one coming…, we were in the middle of the whole30 so this was gonna be a tough one from the beginning.

Tom had done the shopping and came home with the following ingredients: calfmouse (I am not sure how that would be called in English!),prickly pears, tiger eggplant, wasabi powder, mustard powder, bottle of fruit juice, enoki mushrooms and that was it I think. So for me the task to create something fun and delicious out of that. Not so complicated you would think. I quickly came up with the vitello tonnato for the meat, some kind of salad with roasted veggies including a dressing that would incorporate the wasabi and the mustard and for dessert, poached fruits with the prickly pears. Sounds allright, right? 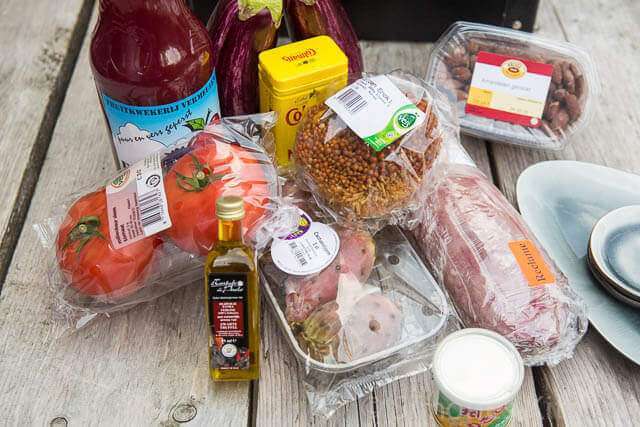 However… After making the vitello, which didn’t go exactly according to plan, I was starting to think there was no way we would be able to finish it all. The meat was quite a bit and if we had to eat the vegetables and the dessert… I was sure it would be too much.

And it would have been, but essentially it was just a lame excuse. Because it is just not as much fun if you have to come up with a dish but are restricted by 1001 rules. It’s just demotivating.

And let’s be honest; roasted vegetables is not really ground breaking anyway.

And yes, of course you do not need sugar, grains, alcohol or dairy to make a good meal but I just got demotivated by the lack of options. Result: I only had the failed vitello tonnato…

Failed because the meat was far too well done and dry. It was still good due to the sauce but dry meat is just not done…. Tssss…

I think I might have used the wrong kind of meat for the vitello… It’s really a sin for that beautiful meat but it happened!
Still I will give you the recipe, because there was nothing wrong with it. I am still trying to find out which piece of meat I should have used or how long it should have cooked but if you have any tips they are more than welcome. The tuna sauce was brilliant.

The rest of the ingredients we ate during the next couple of days, but all in all this was the worst mystery box we ever had. Which is entirely due to ….me.. What can I say….

Another two days to go before the whole30 is finished… (Yay!) and we will make the vitello again but than in the proper way. Promised! 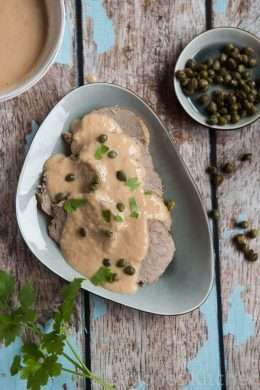 6 comments on “Vitello tonnato and the failed mystery box”