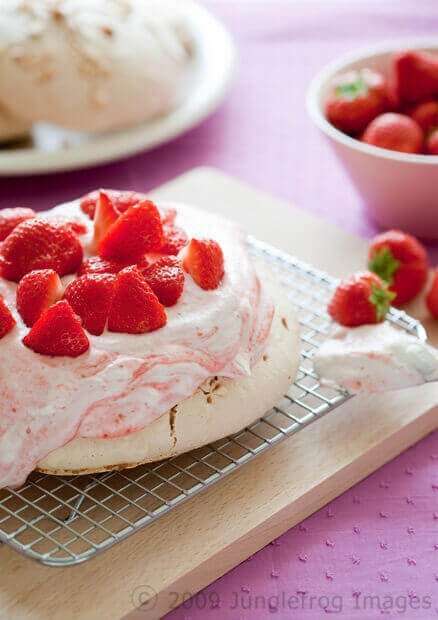 I’ve been wanting to make a pavlova for quite a long time now, but similar to macarons; it’s one of those things that are so daunting that I don’t start for fear of not being able to complete it in a proper way. But after having seen a recipe for a strawberry pavlova in the Dutch version of Good Food (which is a seasonal release only) I just had to give it a go.

Making the meringue was not difficult although I worried that the batter wasn’t as it was supposed to be. I had only ever made meringue before and that was a very very fast one in the microwave. One of the things about the microwave is that it is either too fast or too short and anything else was either burned or too flat. So I was quite pleased to find out that this looked much better coming out of the oven. Ok, it takes a rather long time to cook as it needed to be on a low temperature, but still I was very pleased with how it came out.

I had made one large one and wanted to do two mini pavlova’s in order to make a nice photo that I could use for the review that Steve Adams is giving on our photos in the Food Photography Club at Flickr, but as it turned out the one layer pavlova turned out better then the two smaller ones. I overdid it with adding the whipped cream so it just looks like one big blob as you can here… 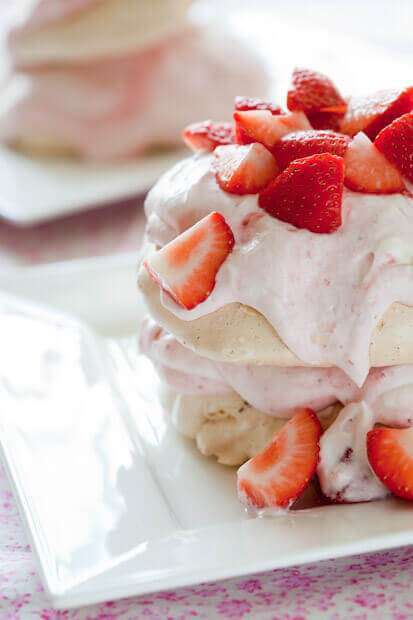 A very tasty blob, but nevertheless not the best photo and certainly not the one I had intended to make…:( Unfortunately I will not have time to do much other foodphotos this week, so it will have to be the above photo of the pavlova. I am a little anxious about it, but that’s as good as it is gonna get!!

If you want to make this pavlova make sure you have an empty stomach when eating it, as it is very rich, but oooo so lovely! 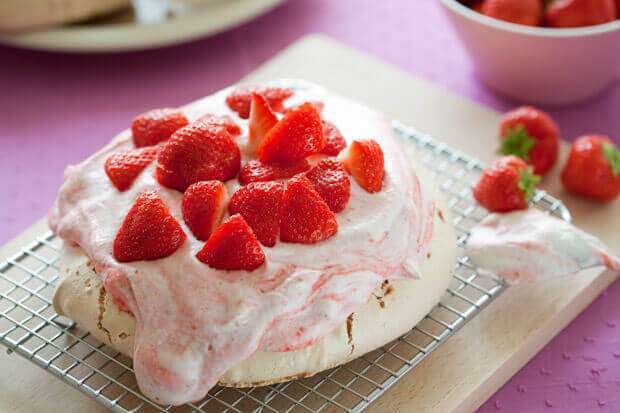