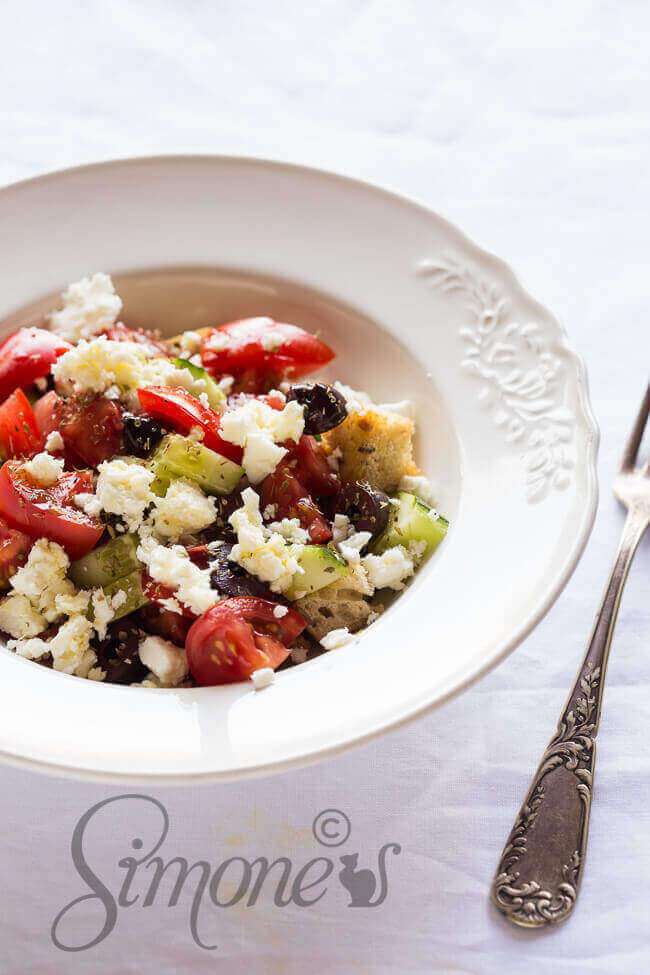 I saw a few of you wonder what was happening… It almost feels sometimes as if my dude is taking over my kitchen! But rest assured he is just stepping in since I’ve been completely swamped with work and hey, to be honest, it’s quite convenient to have Tom take on a few roles here… With all the work going on there was very little time to do much cooking and to be honest when I came back after having worked all day I don’t necessarily feel like cooking. And without any new recipes it’s a little hard to place one. Haha. 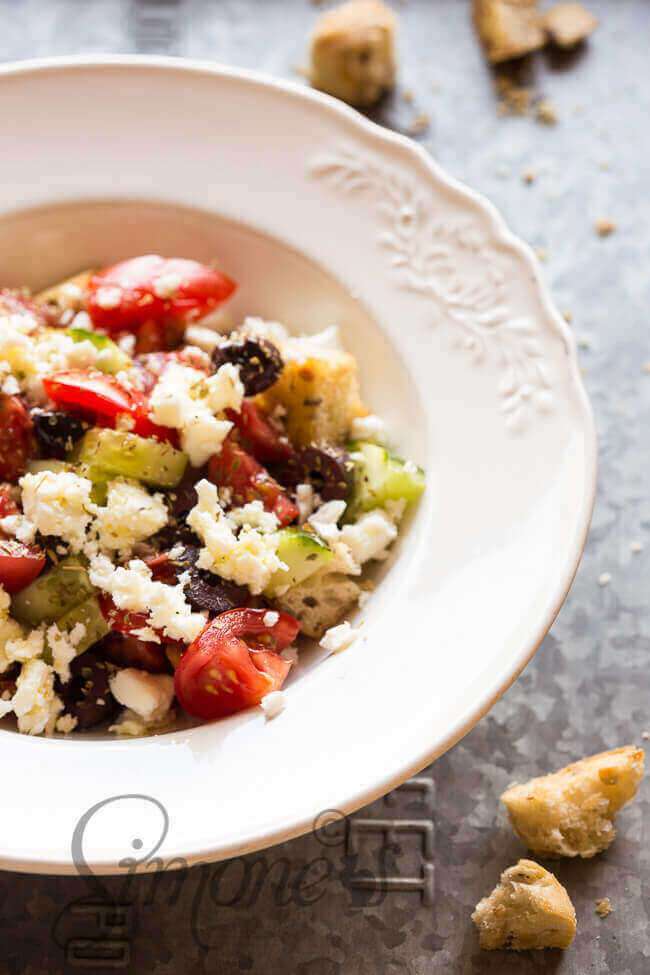 And despite what Tom likes everyone to believe he doesn’t only make dudefood. We would weigh a ton if that was the case. And he can actually make quite tasty other things but I am not allowed to say too much about it or his manly hood will take a hit. Plus he might threaten to never cook again. And we don’t want that! But after all the dude stuff around here I figured it was about time I showed you a delicious and healthy Greek salad.

I love Greece and it’s been far too long ago that we last went there. one of the first things I always do when we arrive in Greece is to have a Greek salad. It is my ultimate Greek holiday dish. And I did make one here before but that lacked in the original flavors. So this time I went in search of an original and came upon a little (hilarious!) video of George Colombaris (you know the guy from Masterchef Australia) in his younger years making a Greek salad. Apart from being really funny seeing George with curly hair, the salad looked pretty good too, so that is what I made and… it does bring back memories of Greece so mission accomplished! 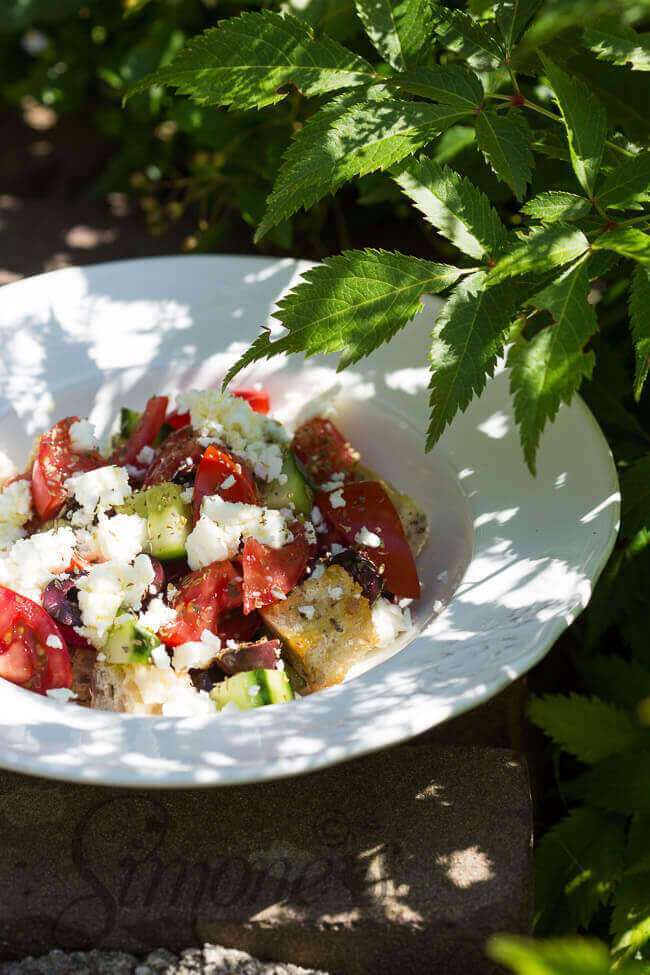 Essential with any good Greek (or any other for that matter) salad is the use of good tomatoes. That is the key component in this dish so do not go for the cheap and nasty ones! 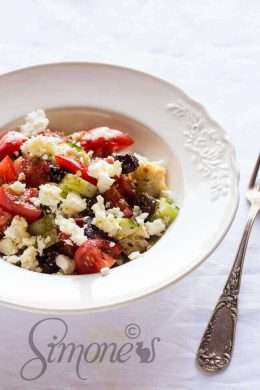