Newcastle – the surprise of England 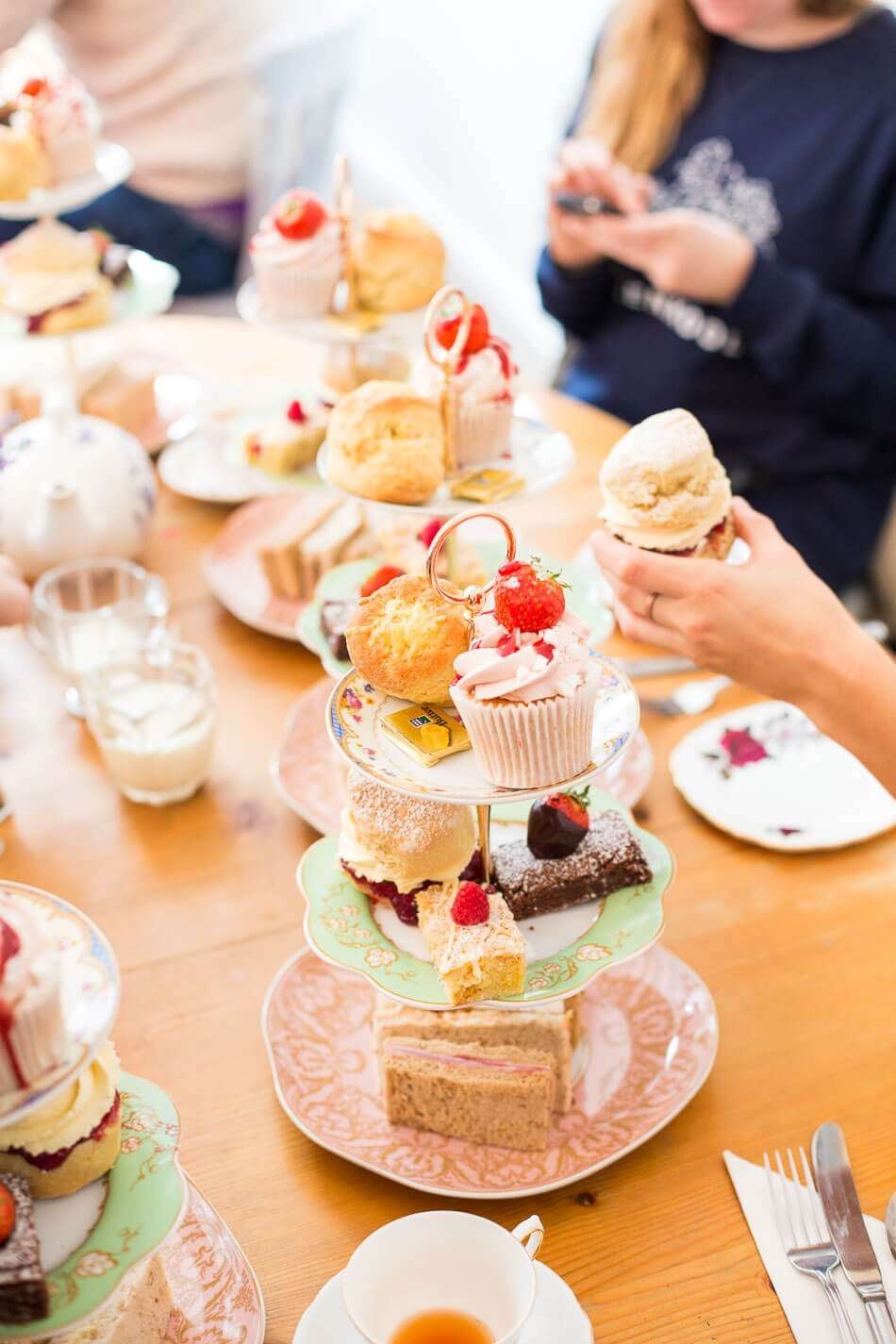 Of course I had heard of Newcastle before, but I didn’t really have an image in my head. Say London or Birmingham or even Brighton and I immediately have a vision of what to expect. Newcastle was a blank for me. Well, except for the fact that I had a vague idea of football, which turned out to be correct. But that could have had something to do with the fact that there was a football match going on that particular weekend.

We stayed in a fine location in the centre of Newcastle with everything within walking distance. The city is not huge so walking distance is soon achieved, but if you’re looking for a good hotel than I think  Hotel Indigo is a good choice! 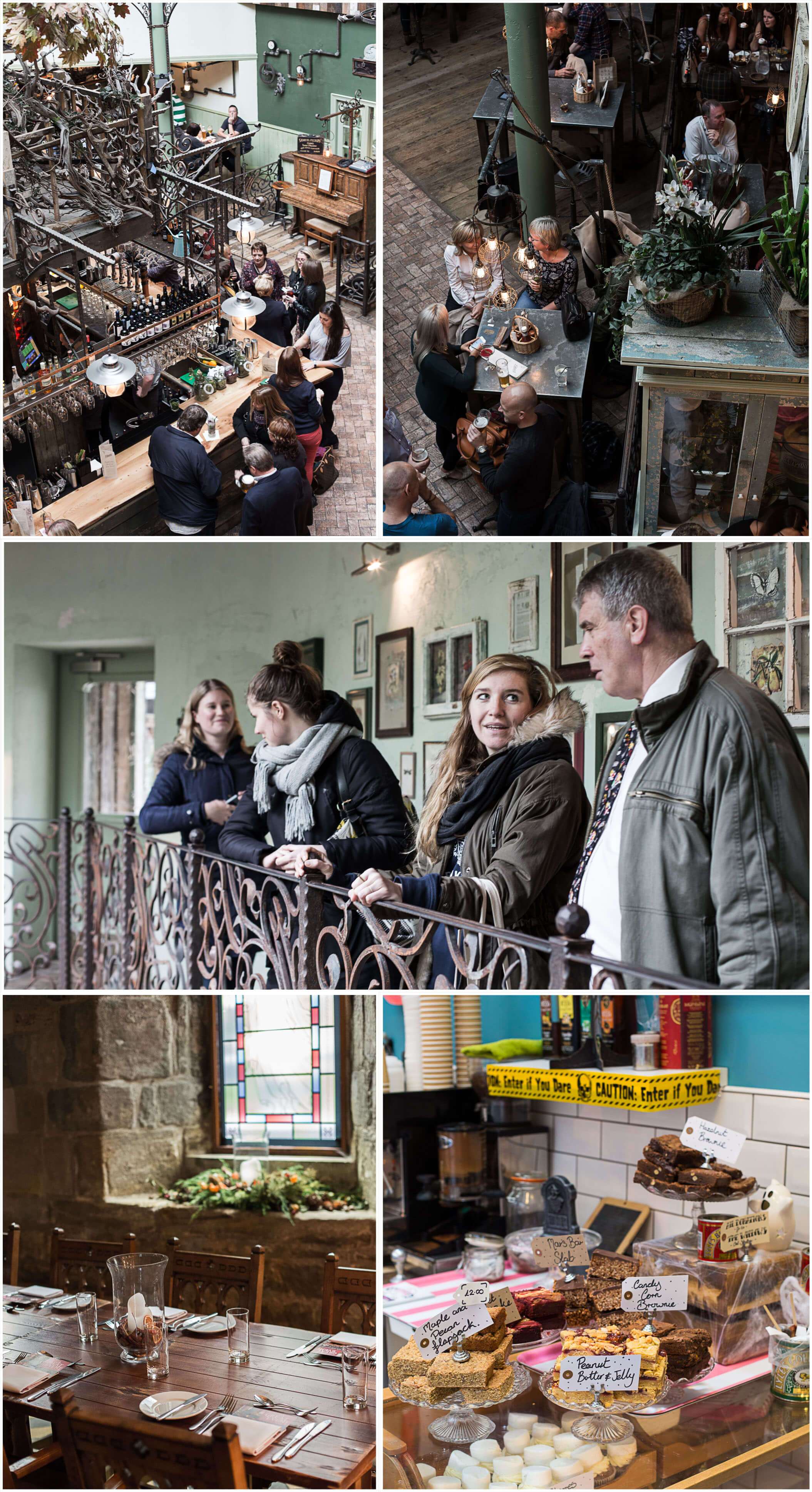 After our arrival in the morning we had a tour booked to view some of the culinary highlights of Newcastle. However, our guide, a really nice man, didn’t exactly have a good idea of what a hotspot would be. I would not have been too surprised if he would have taken us into MacDonalds! Haha… He did have some good addresses anyway, so as far as recommendations go it is worth checking out Grainger Market (and don’t forget to also visit  Petlamb pattiserie inside (picture bottom right)  , the restaurant Blackfriars is quite famous and looks like a fun place to have dinner and – my favorite of the tour – The Botanist . The top three pictures above are all taken there. We will definitely be going back there when we’re visiting the city in April of next year!

We had an appointment for a real English high tea at the The Great Britisch Cupcakery so we were  dropped of there. Thanked the man and let him move on. We dove head first into sweet heaven. If you’re in Newcastle than you just HAVE to go there. It is insanely popular (judging by the long, long line of waiting folks when we were there!) so it is probably a good idea to make a reservation when you want to go. And come with an empty stomach as you’re guaranteed to roll out with a heavy belly. 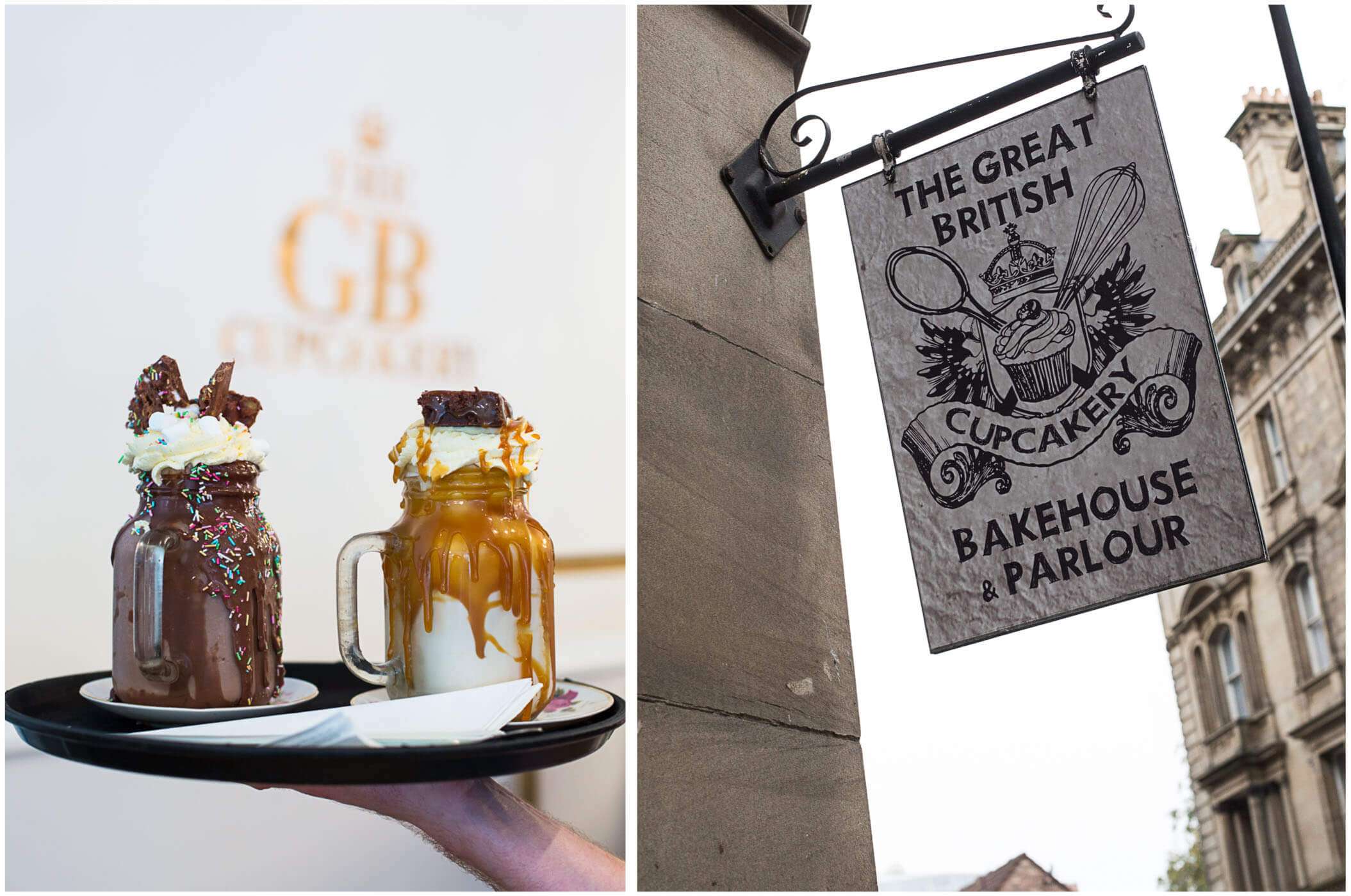 See that stack of sweets in the first picture above? Well that is what each of us got and because we were so busy shooting all the goodies, we got a bonus milkshake. Yes those gigantic jars of sweet goodness. Ridiculously big i might add. And after allready consuming way to many sweets I couldn’t possibly eat anymore so just took a sip to try it.

Do I still need to explain that my ‘no sugar’ period kind of ended there? Each cupcake and each bite of the treats on display was absolutely delicious. My favorite? The scones with clotted cream. Don’t forget to at least taste every item on the plates. We couldn’t eat it all but you can take most of it home in the provided doggy bags. 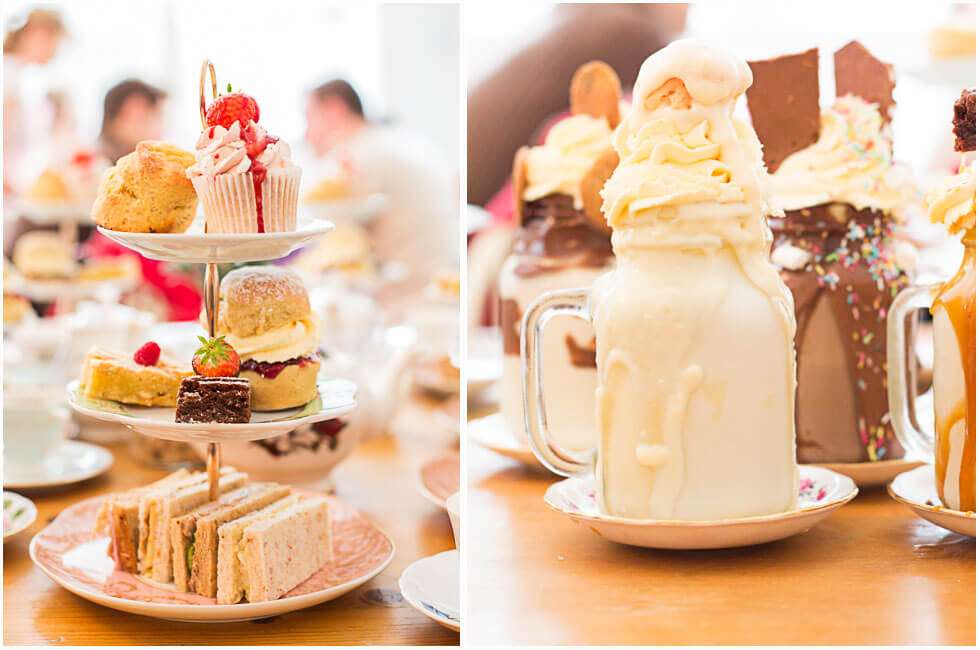 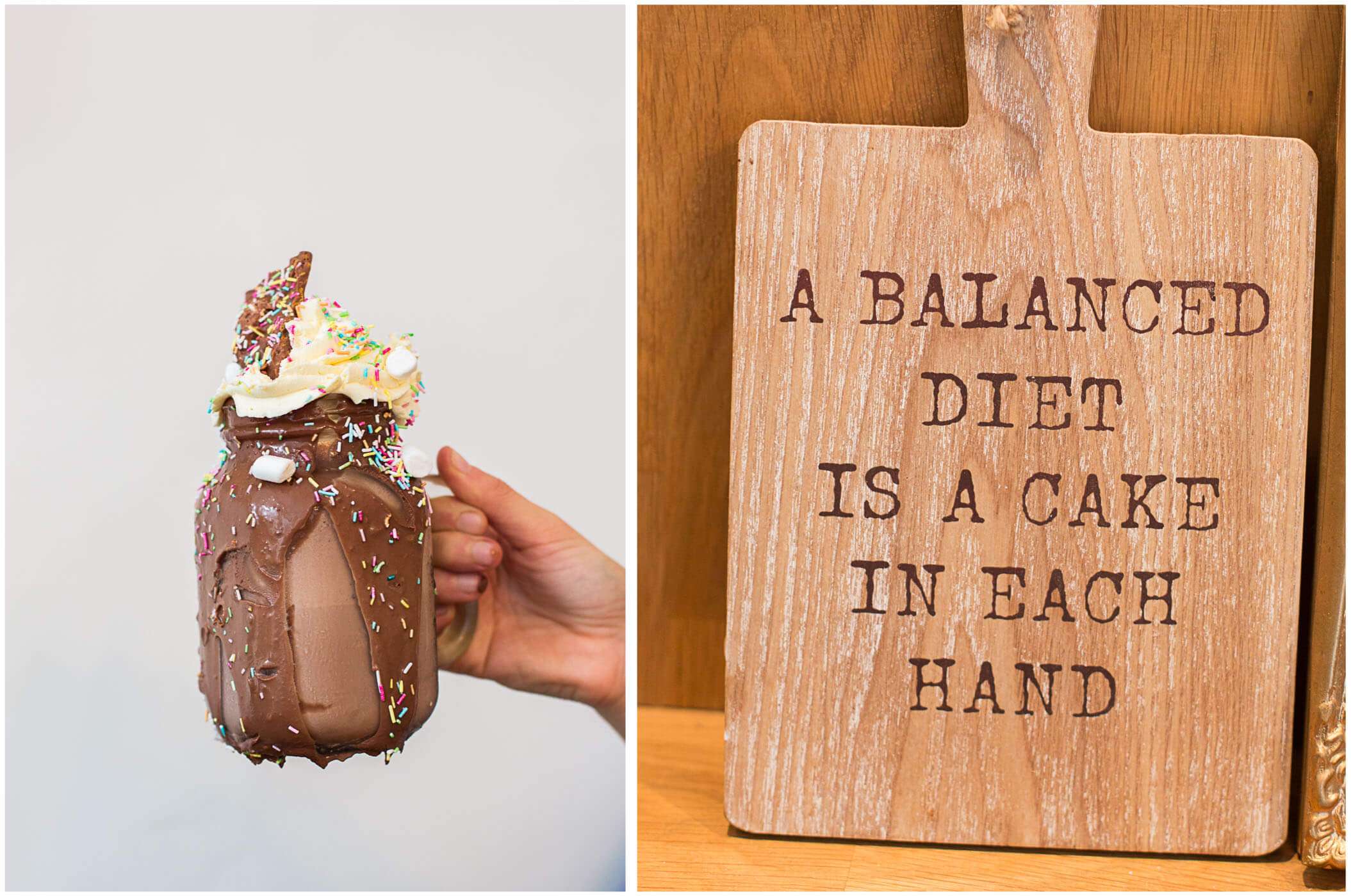 After all that sweetness we had to do some walking to burn of a few of those calories and to prevent a sleep induced after sugar rush thing… And as if the sun had been waiting for that moment; it came out just in time! We walked along the river in the direction of the Millenium Bridge and there are a couple of really nice places there too. Perfect for enjoying a drink on a sunny day. It was a little chilly when we were there although the locals didn’t seem to have that problem. 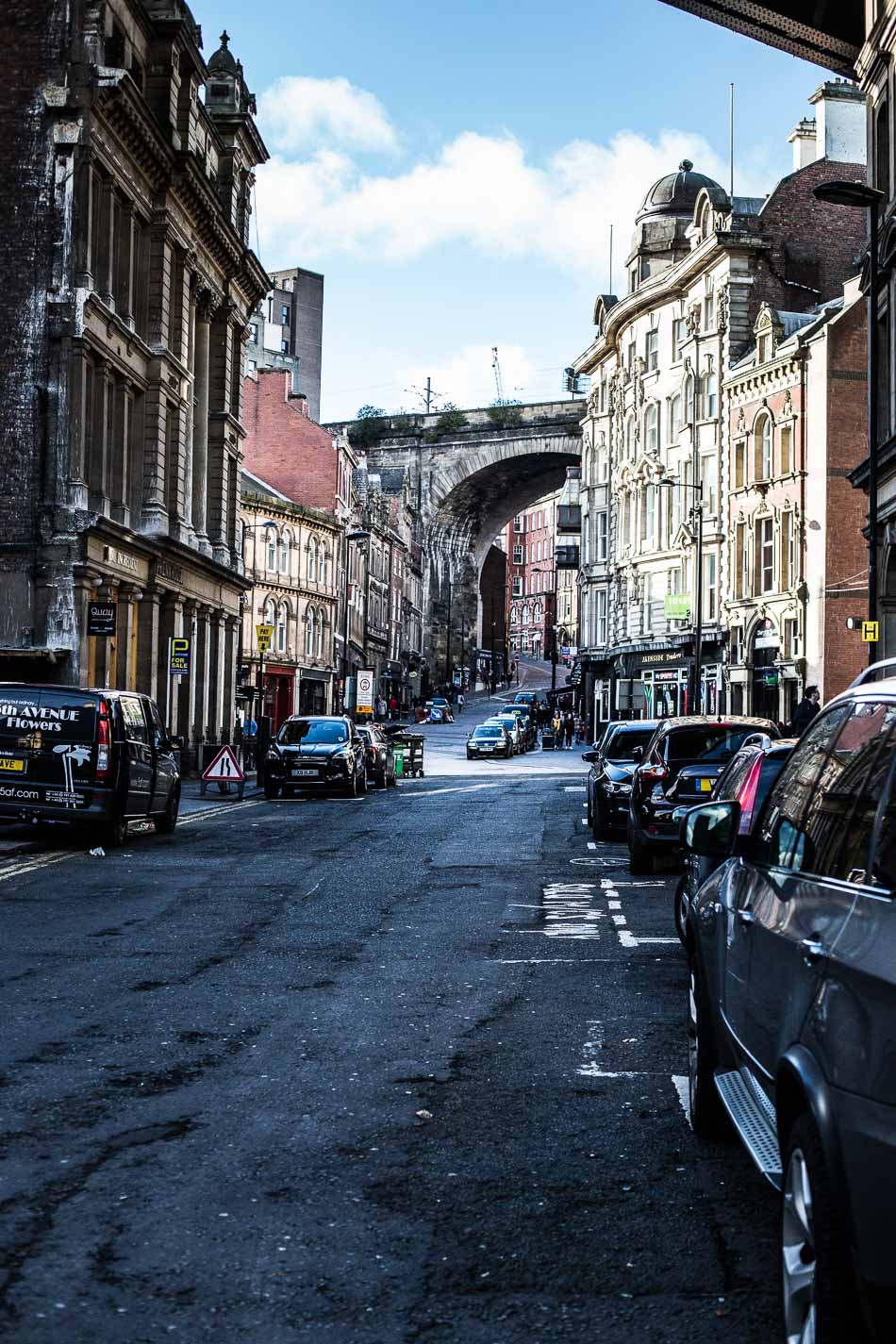 We were also witness to a strange phenomenon that happens during the darker hours of the day. Or at least we thought it was rather strange. You see, all girls – old and young – seem to go out at night, semi naked. And I am not exaggerating at all. We walked around with coats, scarves and sturdy shoes, but the locals went out into the streets wearing not much more than a bikini like dress. And ridiculously high heels that most couldn’t even walk on. O and let’s not forget that they also wore  a flimsy kind of fabric which was supposed to act as a skirt. The tighter the better. You could almost see them turn blue from the cold, but apparently wearing a coat or anything warm was ‘not done’ 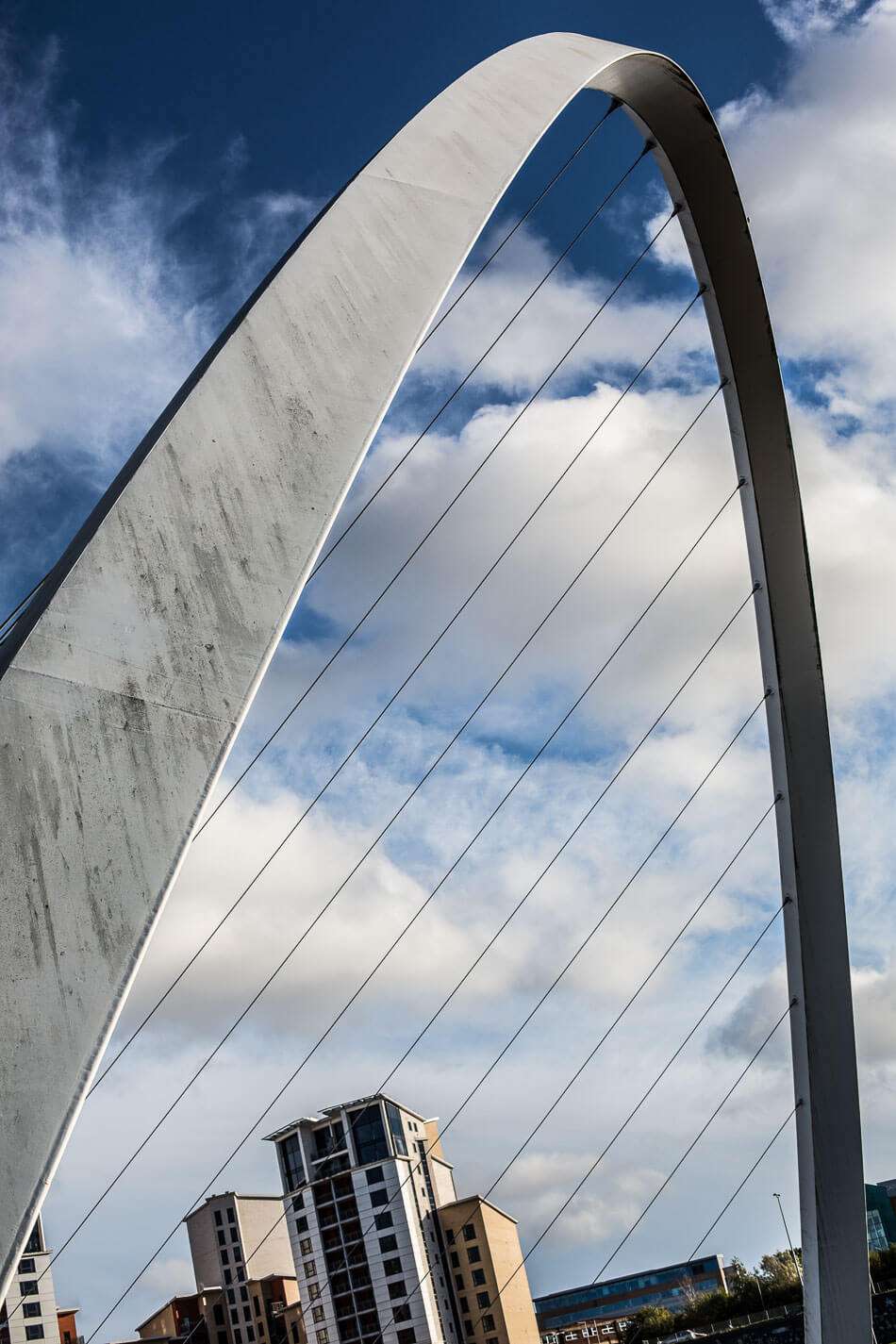 At night there was a beerfestival going on with the name of Craft Beer Calling (lucky us!). There were no naked girls there. Probably too expensive, not interesting enough or something of that kind. The audience there was a little bit older. Which was a good thing!

Craft Beer Calling is a yearly recurring event where 60 beerbrewers present the best of their beers. And of course there is food to go with it. A few of us (including me) chose a brisket sandwich from Longhorns. Delicious! 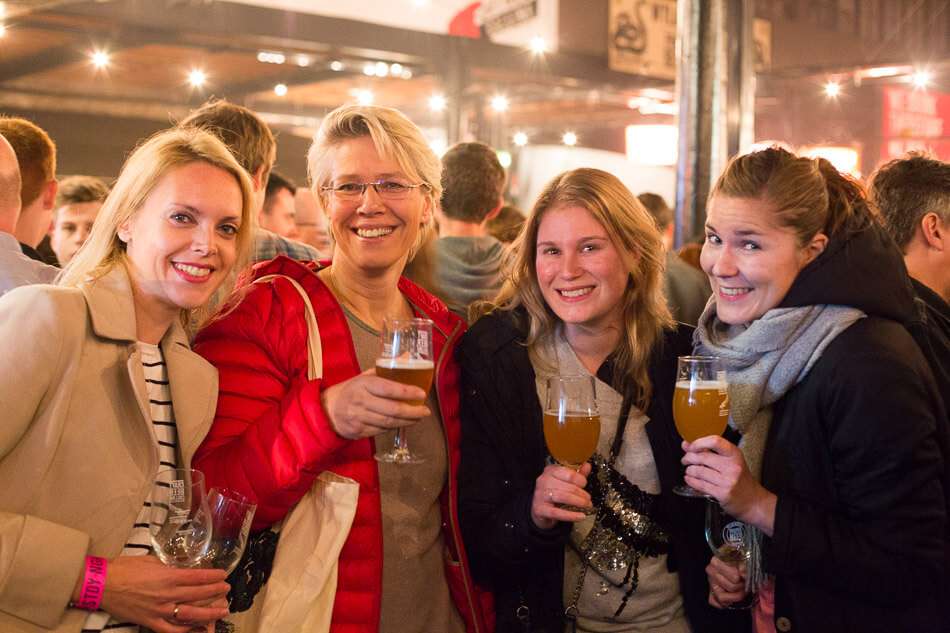 Having a beer at Craft Beer Calling

The dates for 2016 are not yet known but it is worth checking out if you’re going to Newcastle around that time. 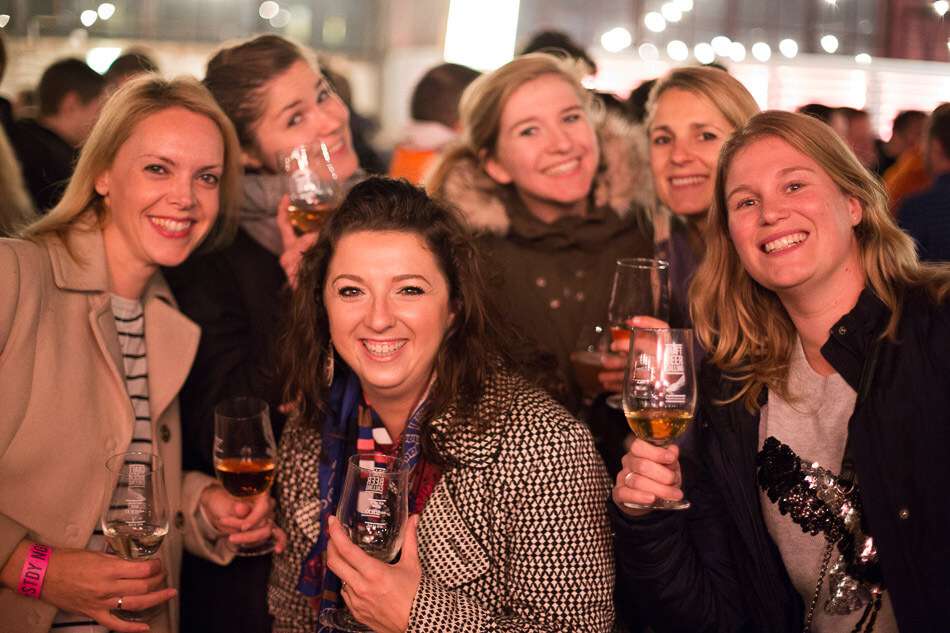 All in all it was a really good day in surprising Newcastle. As I said before Tom and i will be going back together in April (or roughly that time) for a further Newcastle trip.

We had an amazing lunch the next day but I’ll share some of that in a separate post.! 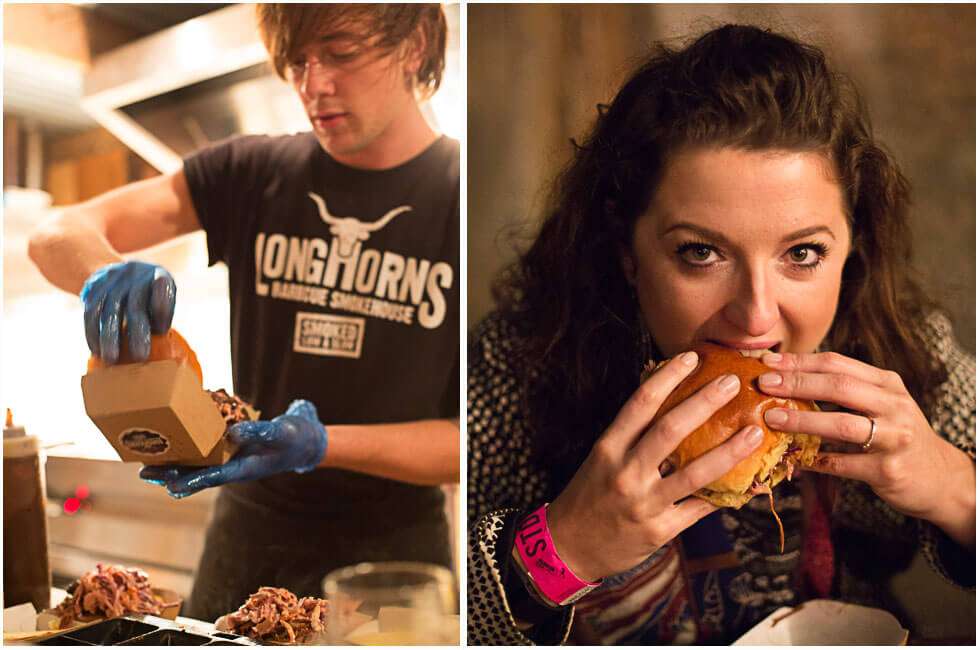 Disclaimer: We were in Newcastle by invitation of DFDSSeaways but all opinions are my own

4 comments on “Newcastle – the surprise of England”