New to vegan – now what? 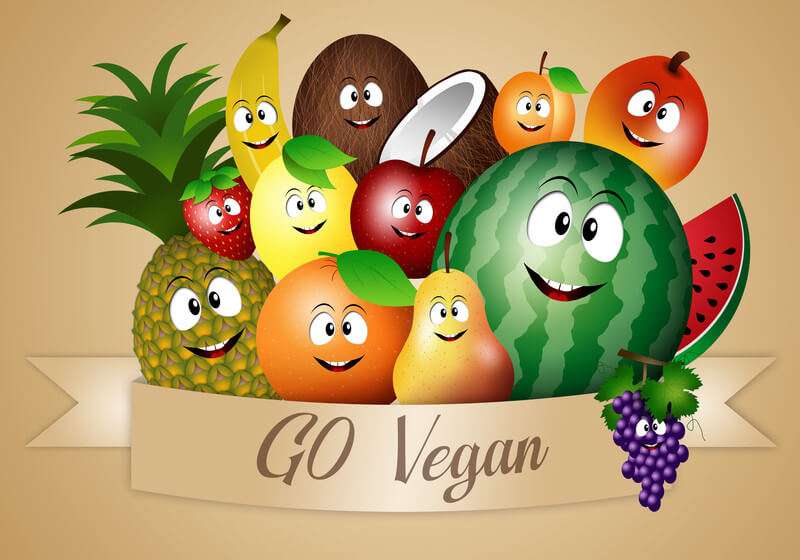 O help now what about my protein??

You made the decision that from now on you’ll only be eating plant-based foods and no animal products anymore. But what are the things you need to look out for and which nutrients need to be substituted? And because I am still in the learning phase myself I made a handy checklist.

It’s sort of the first thing that people will comment on if you mention casually that you’re eating vegan. ‘O no! But how on earth do you make sure you get enough protein??’ Newsflash people: there is not only protein in animal foods. Plants have some pretty awesome proteins as well. What matters in this case is to find out what the biological value of the protein is and how much of that protein can be used by your body. Yes… all that… Of course if you eat a good enough variety of different kinds of plants you’ll likely be ok, but for your info a bit more on protein.

The biological value of the protein tells you how much of a certain protein in a food will be used by your body to transform into body proteins. For instance: an egg has a really high bio value as it contains proteins (essential and non-essential) in a ratio that is nearly the same as the human body. With a whopping 96% that is one of the highest foods out there. And of that protein the nett value that can be used is also really high with 93%. But of course being a vegan you do not eat eggs. This was just an example.

By combining different kinds of food you can increase the bio value of those proteins. Which is a good thing if you’re not eating animal protein. Which combinations are beneficial to eachother?

Of course there are more combinations but you get the idea.

In today’s society it is more likely that you suffer from an overdose of protein than a shortage. But if you make really poor choices than the symptoms of a shortage are: less growth, bad recovery after – for instance – sports, wounds will heal slowly and you might suffer from aneamia.

Vitamin B12 is a water soluble vitamin and needed for brain- and nerve system. Vitamin B12 can only be found in animal products. If you do not eat any than it might be wise to substitute this with a supplement. The body can keep a storage of vitamine B12 so you won’t immediately run out but in the long run it is advisable to add a supplement. There are vegan B12 supplements available (mine is made of mushrooms) The recommended daily dose is 2,8 mcgfor an adult.

Vitamine D is a vitamin that dissolves in fat and your body can produce it’s own supply under the influence of sunlight. Why than mention it you might wonder? For everyone (vegan and non-vegans) the supply of vitamin D can be really low, too low, in the wintermonths. Especially if you live in the Northern Hemisphere it might be a good idea to supplement this during the winter months. Vitamin D takes care of strong bones and teeth but there is much more to this vitamin. Check the sources below the article for more information. The daily recommended dosage is 2,5 mcg. 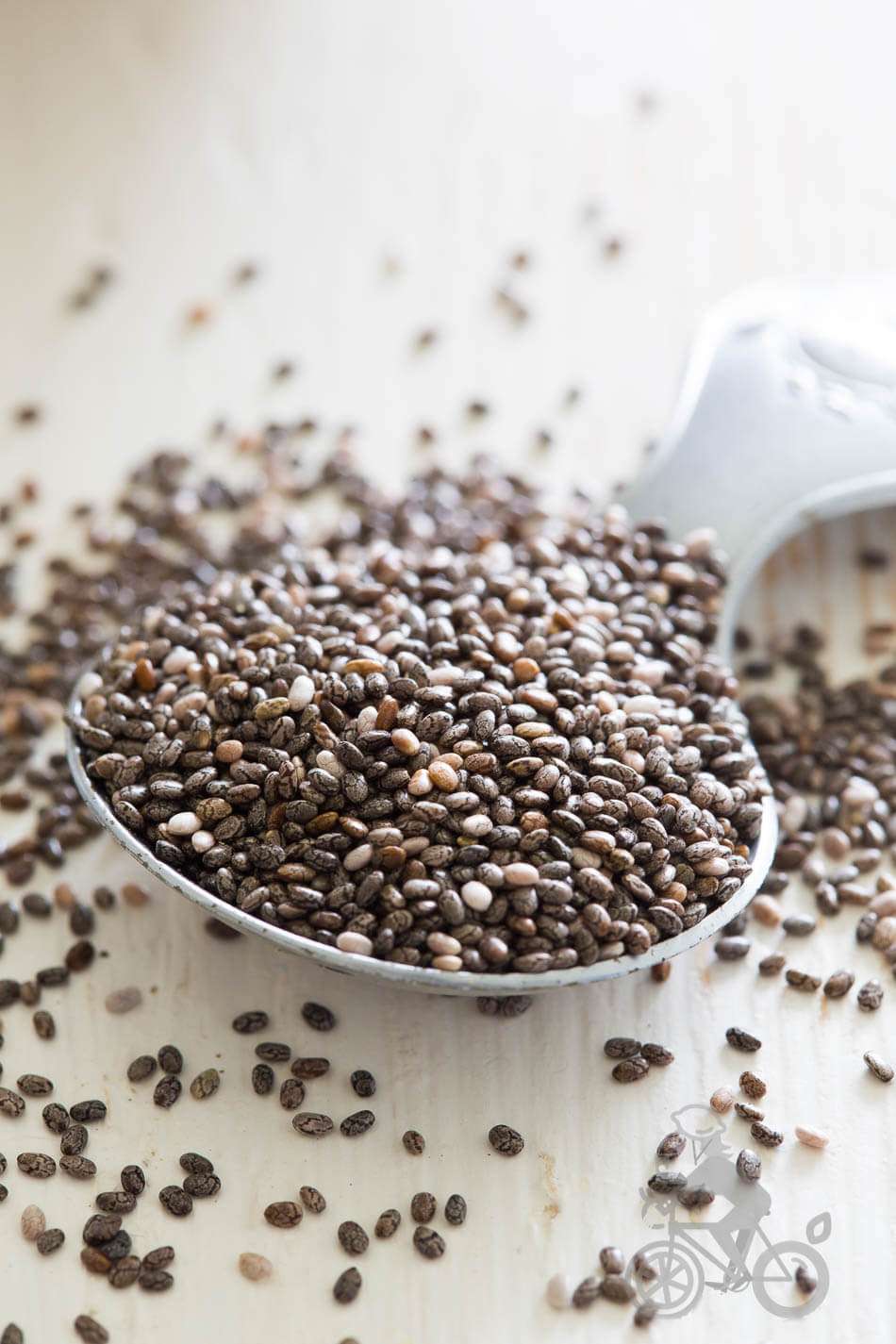 A good source of omega 3 – when eating vegan – would be flax seed oil. But remember that this is very susceptible to oxidation so cannot be heated or exposed to air. Flax seed itself is also good but make sure you ground it yourself as the oxygen rule counts here as well.

You have animal iron and plant-based iron. The latter is not as easily used by the body and is more depending on other factors than the first. It will help to aid the absorption of the iron by eating it together with vitamin C. So having an orange during lunch might help you absorb the iron from the bread. Calcium counteracts the absorption. Iron defiency is not more common with vegans or vegetarians as opposed to omnivores. When you eat enough fruits and vegetables you’ll likely be ok. Good source for iron would be beans, grains, dark leafy greens, nuts and dried fruits.

The recommendation to drink a glass of milk each day to get enough calcium is of course no longer relevant as new research has shown that milk is certainly not the best source of calcium. But in general because vegans don’t eat any dairy the calcium can be on the low side. Make sure you have enough green vegetables such as spinach, kale and other leafy greens. 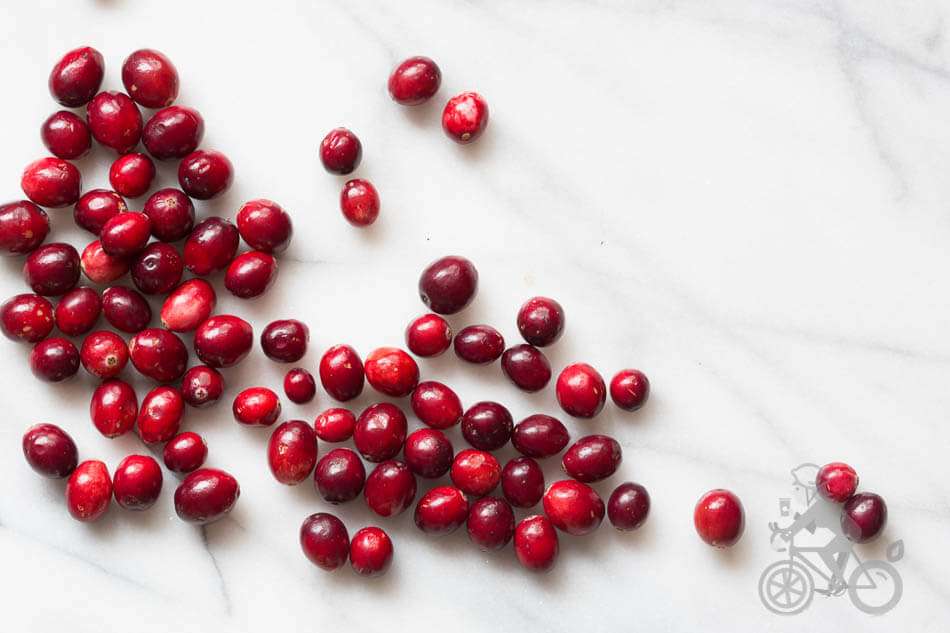 Remember the time when we had to use special salt because it had added iodine in it? Well it is still there but more recent studies have shown that it is not likely to have the best result. The daily recommended amount for a woman above 20 yrs of age is 150 mcg per day. Because the iodine levels of vegetables is lower than from certain kinds of meat and fish you’re more likely to be short when you’re vegan. If the vegetables are organically grown, the levels of iodine will be better as the soil they are grown in is richer. Check the source below for more information on iodine and also how much you can find in which foods. Here a short plant overview.

As you can see the list above is not only relevant to people who are eating vegan but is also pretty much relevant if you do not eat vegan. Use a supplement where needed or make sure you get enough of the right foods.