Recipe by ingredient » Chocolate » Making your own fudge – the easy way

Making your own fudge – the easy way 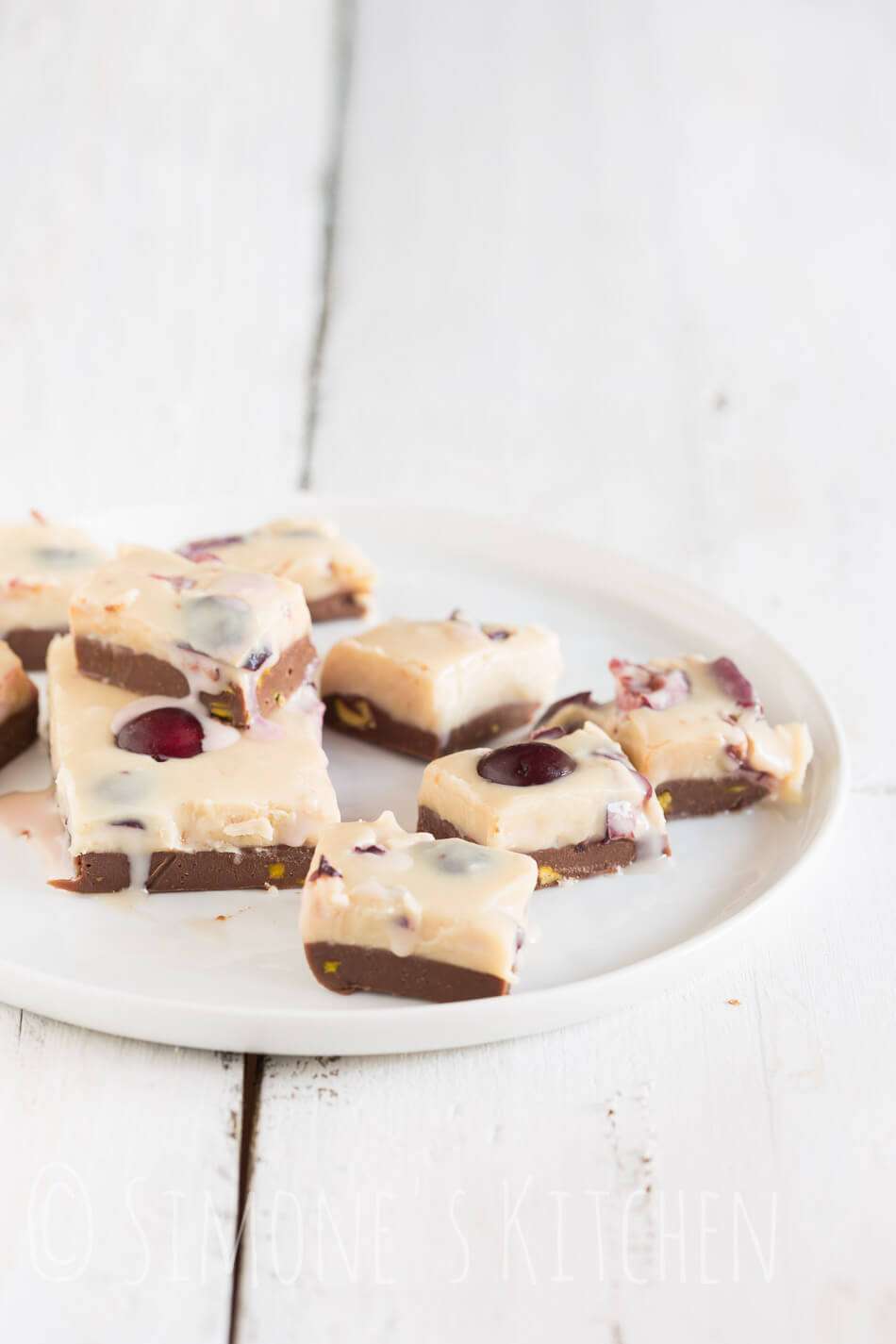 Making your own fudge the (very) easy way

I had always thought that making fudge would be hard. It would require endless hours spend behind the stove, measures the temperature on sugar, boiling it to a whatever stage and than crossing your fingers to hope that the end result might actually be edible.

Of course I was never hindered by any true experience in making the sweet stuff. I buy fudge occassionally at the market but try to do it as little as possible. Because, well, we know that fudge has loads of sugar and since I do try and limit my intake of it, making fudge is generally not a good idea. 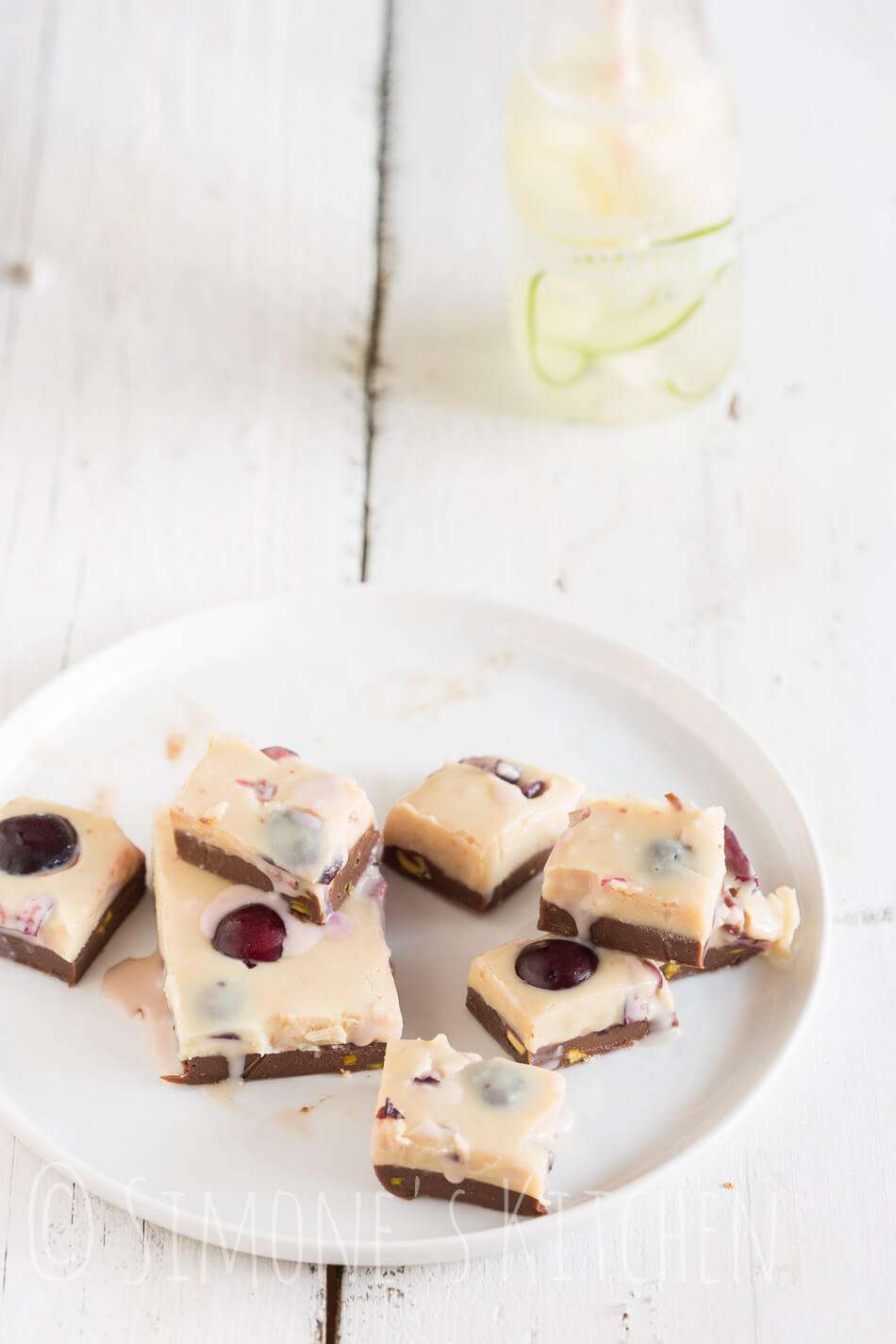 In comes Tom… We were both looking for inspiration for new recipes and for some reason he had the idea of making fudge. It might have something to do that he stands beside a guy called “Jack Fudge” at the market on a regular basis, so maybe he figured it was time to try it for himself. As luck would have it he found a recipe on a Dutch site called “Lekker & Simpel” where they made fudge with a chocolate base instead of the normal sugar base. Chocolate, condensed milk and butter. Could not have been simpler really. We added some ingredients to the mix and voila; fudge in no effort at all! 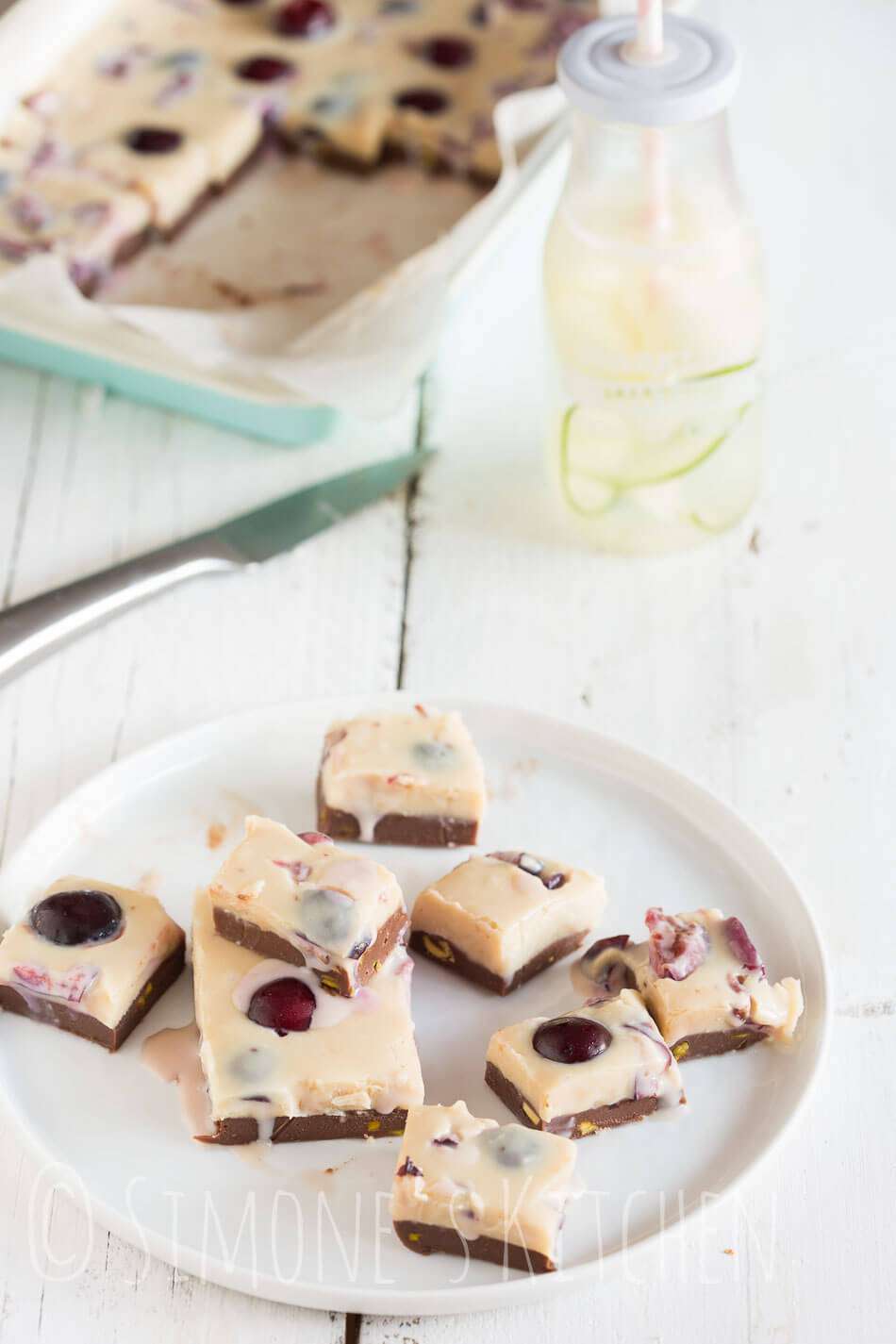 Of course you can see in the photos that the fudge is oozing a bit right? Turns out that adding fresh cherries is not the best of ideas when it comes to fudge. But apart from the looks and the slightly wet white chocolate layer, the taste was amazing. Just the way you want fudge to be. So apart from not adding those cherries in (stick to dry ingredients like nuts, coconut etc) it was a big success. And seriously easy to make. 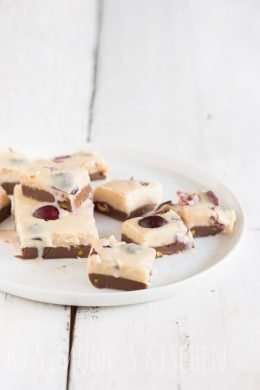 Making your own fudge

I did mention here using the fresh cherries but obviously giving the result we would not be using fresh cherries next time around. Stick to nuts or use dried fruits

2 comments on “Making your own fudge – the easy way”