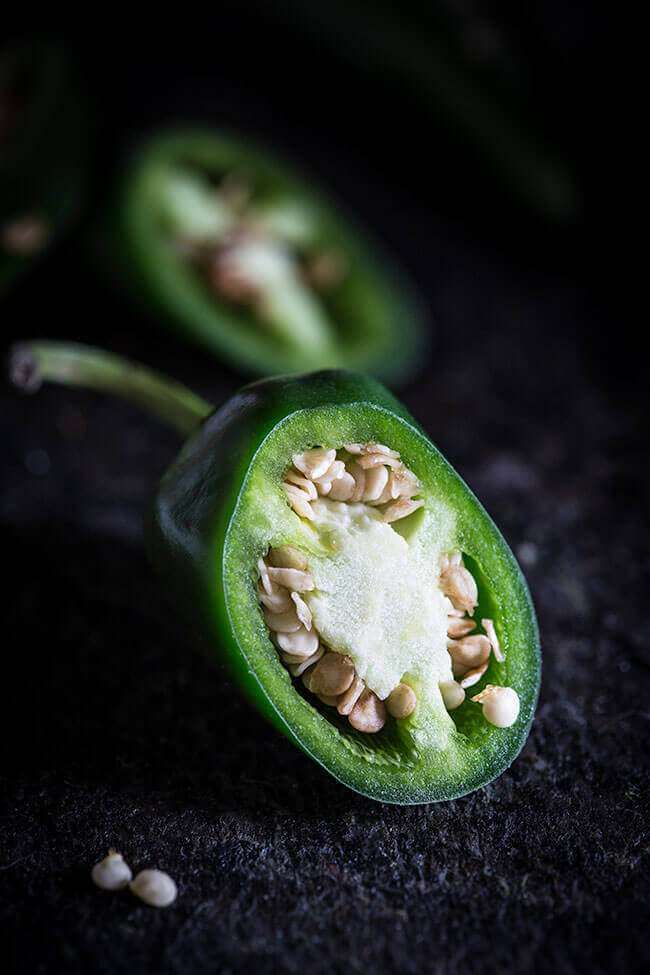 Let me start by saying that my planning for the raw photo didn’t exactly go according to plan. I had decided that it would be fun working on this project together with Alex and schedule in a day for free work. Always good for inspiration and great fun too. But than Alex got sick a few days before we would have the shoot and there went my plan out the window. You see I was going to attempt shooting a naked chicken. I thought that would make a perfect challenge but now I didn’t feel like going out and buying that chicken and the day went by without me doing anything that looked remotely like photography.

So I needed a plan B. And I figured radishes would make a good subject. 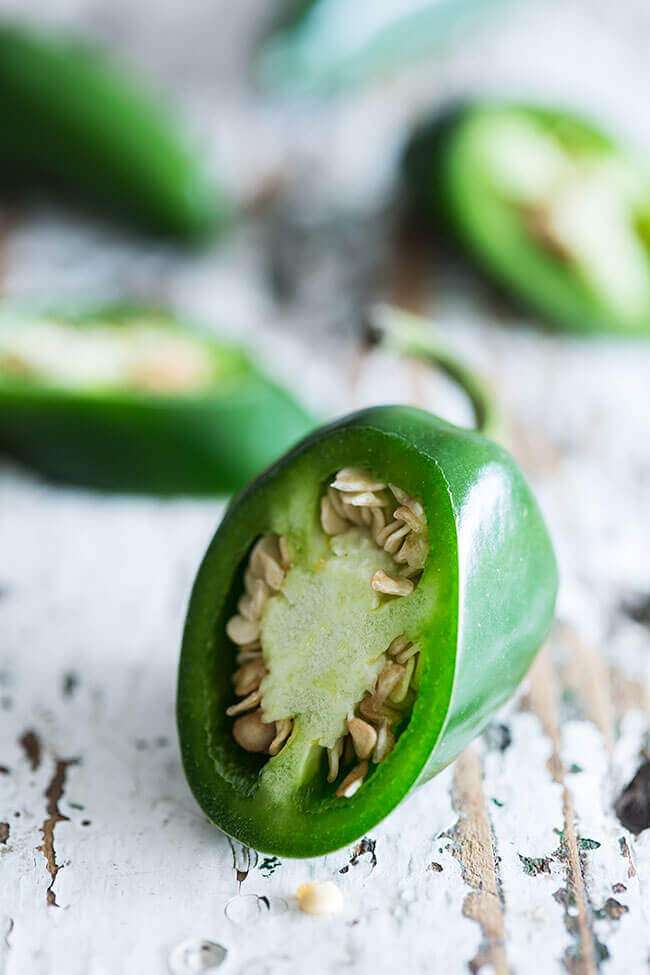 But as luck would have it; the supermarket was all out of radishes! Weird but true. So I needed a plan C. But there wasn’t much interesting stuff in our local supermarket and then my eye was caught by a little box of green jalapenos. Which incidentally read on the outside ‘Eat me” I seriously hope no one took that too literally or they might be in for a bit of a surprise kick. But that’s another story alltogether.

Those green things did not immediately inspire me to create a brilliant photo.. unfortunately. I didn’t really know what to do with them as you can clearly see in the first photo. I just put them on a wooden board and hoped for the best. Not exciting. Too much light.

Above you can see my setup for that first photo. I decided I wanted a somewhat darker appearance and I had really hoped the chilis would be a bit more interesting on the inside, but they weren’t. I wanted a dark and moody shot… Cutting open the peppers didn’t really reveal anything amazing either so I just had to go with the flow. Changing the wooden board with a rooftile of graphite made it somewhat darker at least. And I blocked the light with some black cardboard as you can see below. 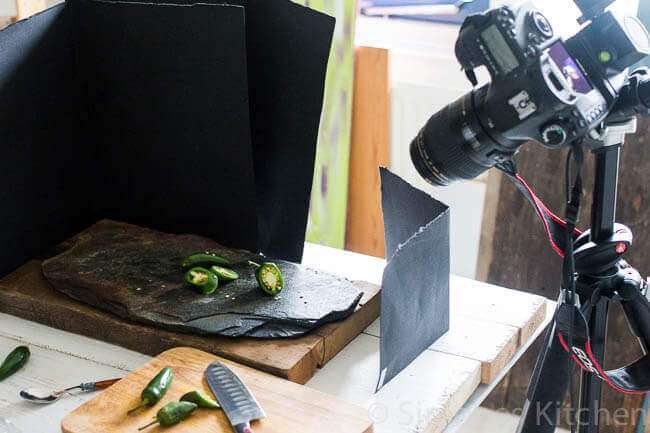 That eventually led to the first photo. Not the chicken I had in mind but you’ll see that one coming along at some point in the future. And because I also wanted a lighter setting I also put the chilies on my little wooden stool. Not very big but big enough for peppers. Holding the peppers already made my skin irritated so I have no idea what would’ve happened if anyone had ‘eaten’ the things raw like the package suggested… 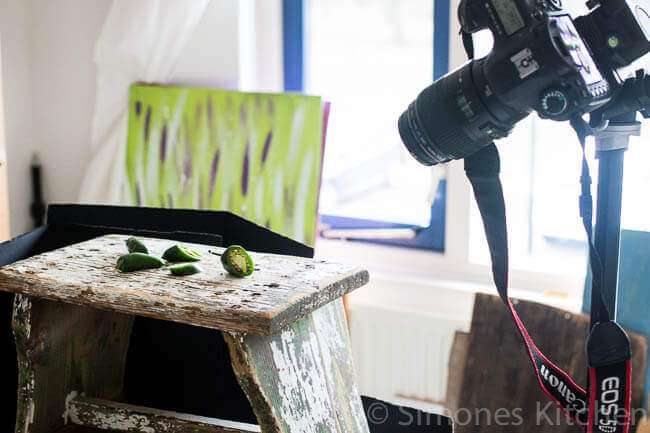 And the white setup

All in all it is always fun to go out of your comfort zone and to do something that is maybe not so straight forward. And if you haven’t send in anything yet for the challenge you still have time until the 20th! So go and shoot!