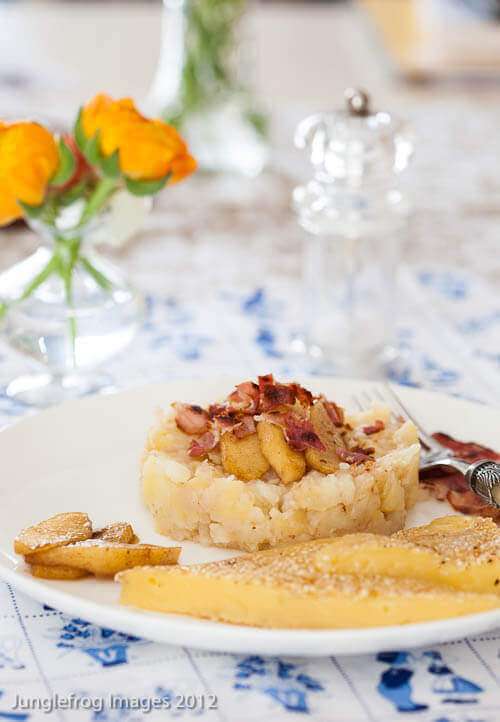 I suspect with a title like this one there might be a bit more spam then the usual amount..lol.. 😉 But I couldn’t resist the literal translation for this typical Dutch dish.

When I was asked by Ben from What’s Cooking if I wanted to do a guestpost in his worldseries I was flattered. I love Ben’s blog and have been following it faithfully for years now. His Mexican dishes are fantastic and you should really check out his blog. He lives in Mexico so you can be sure those are authentic Mexican too. On top of that he is also a really nice guy… 😉 Ben has an awesome series of guestposts by bloggers around the world. He has done a series before and is now bringing it back. And I’m one of the lucky people that gets to play a small part here!

So the idea was to write something about a typical Dutch dish. So that got me thinking, what is a typical Dutch dish? Our national ‘cuisine‘ doesn’t have a lot of highlights. The first thing that springs to mind is that we have lots of different mash-dishes (called stamppot) as our national kitchen, but then again those are terrible to photograph, so did I really want to go there? Plus most of them are typical winterdishes and in this part of the world it is spring so not the dish I was looking forward too. What is it with the Dutch and stamppot anyway? Why do we mash everything together..? I mean, don’t get me wrong, I love stamppot and in winter we eat it at least once a week. We have several different varieties, but most commonly the potatoes are mashed with some kind of vegetable; endive, curly kale, brussels sprouts, carrots (in which case it is called Hutspot) and spinach, we like to add little bits of cruncy bacon to it and eat the lot with a smoked sausage (rookworst) 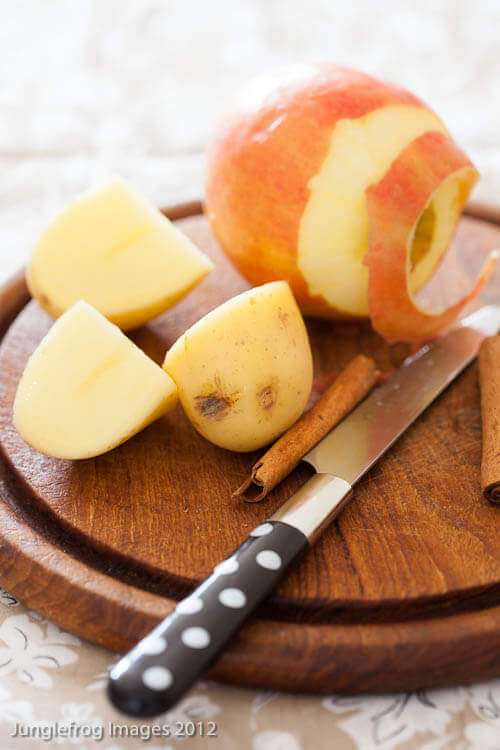 I could make croquettes but then, they do exist in other parts of the world. And I was stuck with all these winter dishes in my head. Or I could attempt to make stroopwafels but having never done that, I had no idea where to start.

But then it hit me; I could make hete bliksem (hot lightning)! This is a dish I hadn’t made in at least 20 years. Not because I don’t like it, but because it goes together with a baked slice of cheese, something I couldn’t put Tom through as the cheese hater that he is. But he was going out for dinner with work so I could make this. It’s still a mash and therefore by it’s own nature wildly unattractive, but hey, it’s Dutch! So I apologize for the somewhat unappealing photos as I assure you that the content of the plate are in fact quite good.

Jacqueline, my friend, and I used to make this all the time when we were student nurses. Mostly because it was quick and tasted good and didn’t require extensive kitchen space (which we certainly did not have) It’s a pretty old fashioned dish, as it doesn’t get made a lot here anymore either. The core ingredients are apple and potatoes, in equal quantities which are then mashed together. There are a couple of varieties out there. Some with onions in it and other ingredients. But pair this with the caramelized apples and some crunchy bits of bacon and you’re gonna love it as it is the perfect combination of sweet and savory! 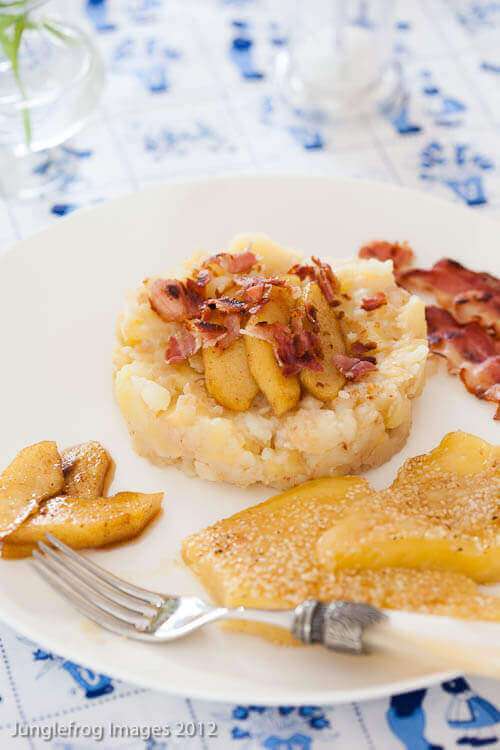 Now go on and check out the recipe on Ben’s blog What’s Cooking Mexico? You might be surprised at how tasty this little Dutch dish is! 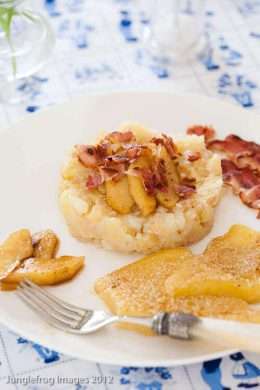