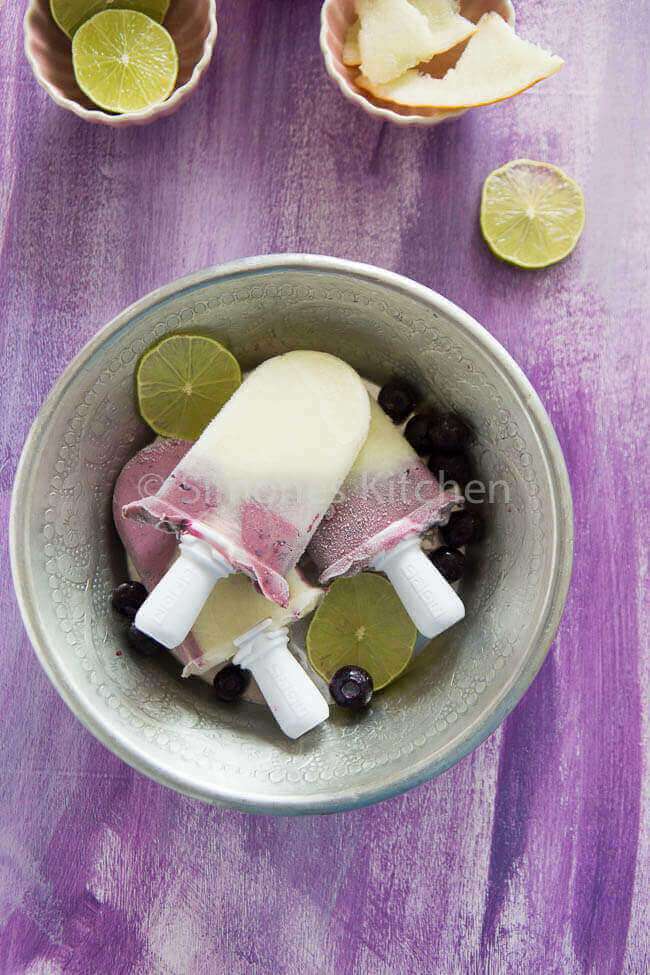 In the Netherlands we have a fairly weird name for a popsicle as we like to call it water icecream. And let’s face it; water is certainly not what is in these little beauties. Fruit yes, and a little bit of quark too but certainly no water. I added just a tiny bit of sugar into it, just to enhance the natural fruit flavors. It’s essential to taste how much sugar you need as it really depends on the type of fruit you’re adding and it depends on the sweetness of that fruit. 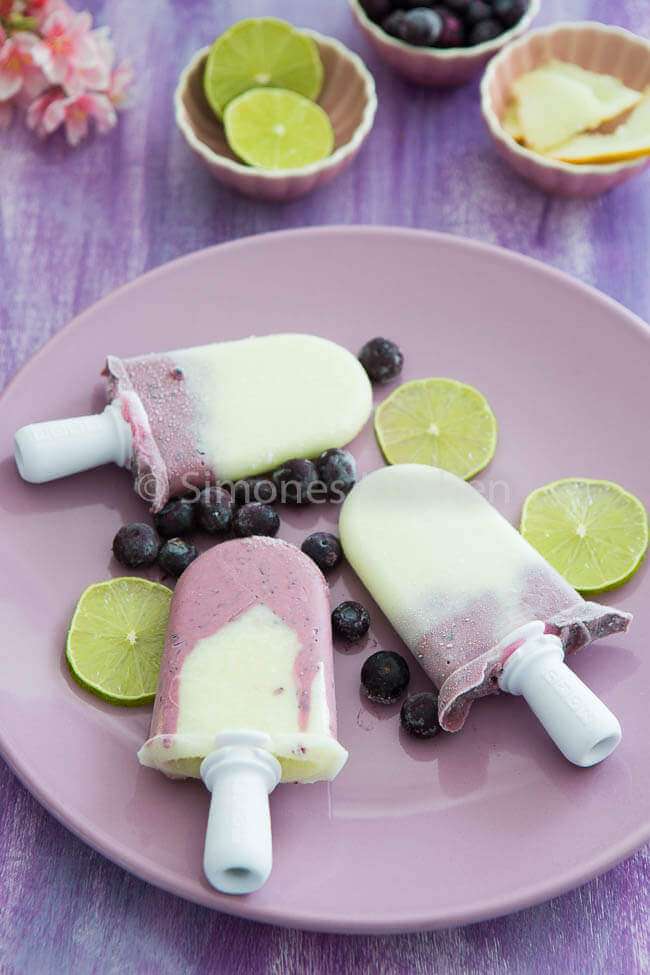 We had a truckload of melon lying around that needed to be eaten. They were on sale the week before, two for the price of one, so it would have been silly to just get the one right? And that meant I actually took four. Both watermelon and honeymelon was on sale… Half of it was used in delicious salads but the other half was waiting until the cats decided to play football with it and we could not have that..

Belinda would be coming over to taste an icecream this morning, after I had made her jealous with strawberry icecream I made last week or two weeks ago. So it was time for another good one. And the watermelon, which was my initial pick was already a bit overripe. Which is always a shame as the taste goes downhill from there. Anyone got any tips to use leftover too ripe watermelon? Juice? Adding it to something maybe? 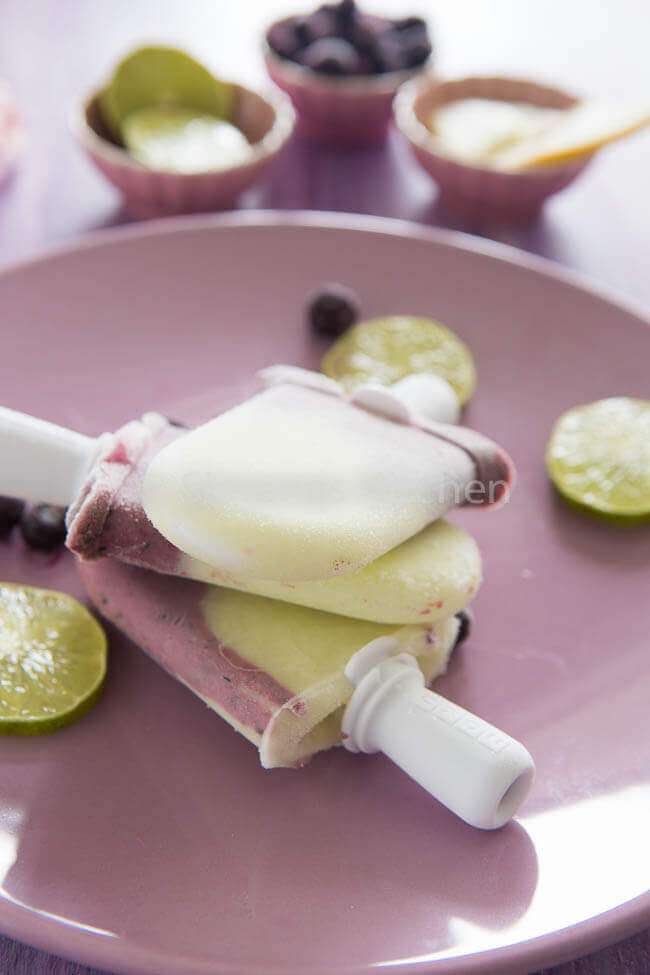 I still had blue berries in the freezer (always a good idea to freeze some of your leftover fruits. Comes in handy quite a lot!) and making a good mixture out of that was done in a minute really. Leave the blueberries to thaw a bit though before adding to the blender as otherwise you’ll get pieces of ice in your mixture instead of the puree you want. The blueberry mix was a tiny bit too thick to pour into the Zoku so I have to think how to solve that for next time.. However the taste was totally delicious so go and make some! 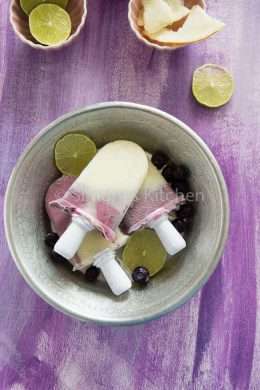 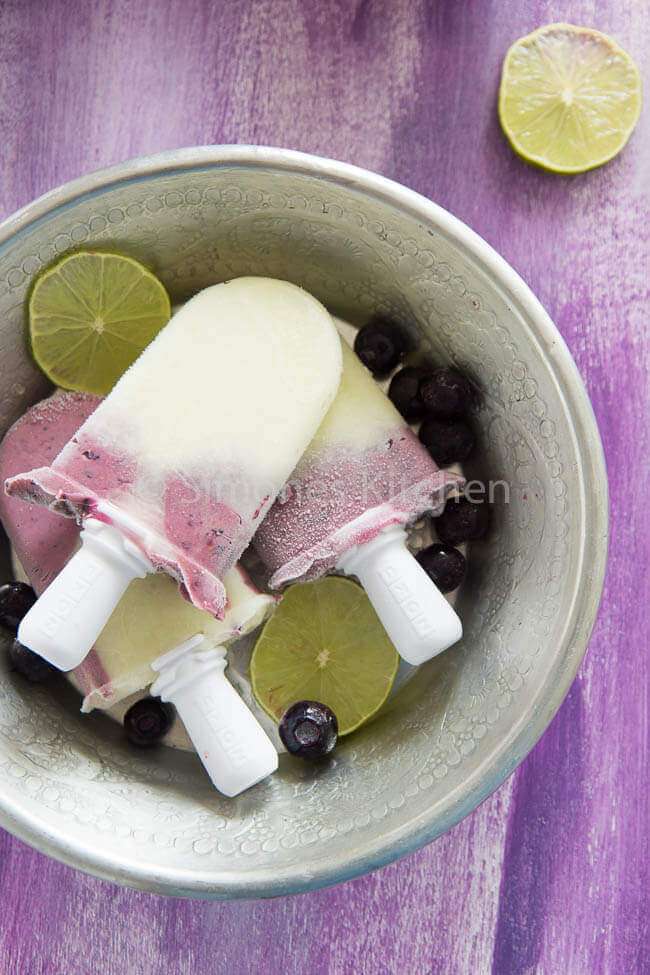