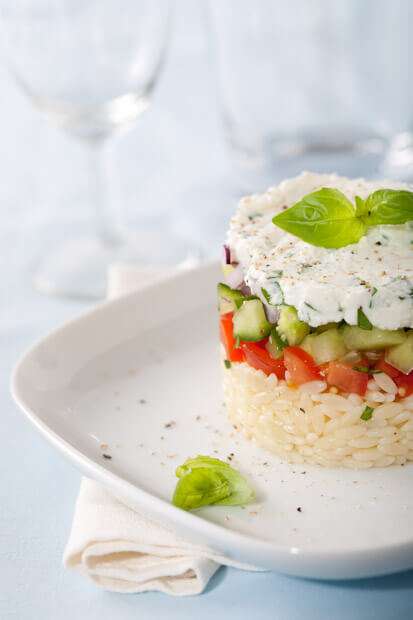 I’ll admit straight away that I am not the best foodstylist in the world and I don’t intend to make a second career out of foodstyling either, but being able to style your own food, for your own photos makes absolute sense. If I look at the photos of Helen at Tartelette or Sabra at Cookbook Catchall or Kate at Aapplemint (cool music too!) or Peter at  Souvlaki for the Soul, then well I sometimes think I am never gonna learn…

You know that feeling when your really proud of something you did and then you look at the things someone else did, and your proud feeling evaporates on the spot…:) It’s not that bad and I can only learn from those guys and from the many other incredible talented bloggers out there. But I want to improve myself that is the topic of this story and that is what I desperately want to do. I work with  a foodstylist (Ollie at Forfood) sometimes and he is great, but I can’t possibly ask him to come over everytime I want to style my food (image that happening..haha) and since there are no foodstyling courses in my vicinity and I don’t like the online ones, I will have to practice all by myself.

So the Donna Hay shot I did earlier was an attempt at learning how the pros do it and then this shot above was my own attempt at making something look good. If you noticed that the wineglass is not filled… yep, forgot that untill later (see below) 🙂

Now one of the things I learned from Oliver is that big wineglasses are not always very handy. We had a shoot a while ago and I actually bought beautiful and large (I like my wineglasses to be big) wineglasses, but we ended up not using them because the only thing you could see in the frame was the stem of the glass. So I bought the smaller glasses you see here. 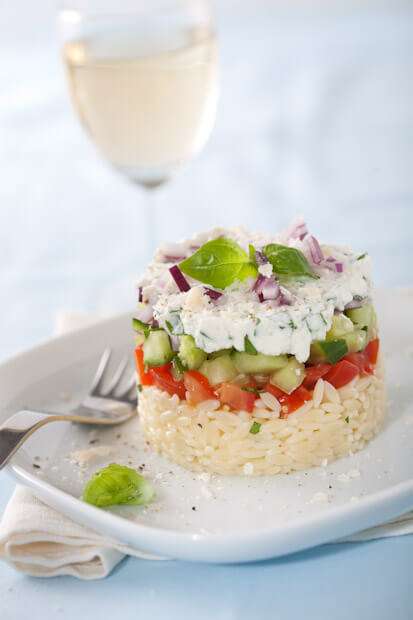 Which makes perfect sense as you can see that there is a wineglass. I wanted to make something colorful with some leftovers that I had in the fridge, so this is not an actual dish, although I am thinking it would probably have been quite tasty, but I had just eaten the Donna Hay lunch salad so didn’t feel like eaten anything else. It’s a layer of risoni, topped with cucumber cubes, tomatoes and ricotta with parsley topped with some red onions and parmesan cheese. (that sounds alltogether quite lovely)

I used the same lighting I had for the Donna Hay shot, but because the food is taken much more upfront then from above such as the other shot I had to fill in from the front much more. I used a small handmirror to bring out the details in the front of the dish. It’s quite simple, but I kind of like it too.

I will be repeating this exercise more often in the coming weeks!