It was roughly a few days before the actual event date that I received a tweet from Karin from Yum and Moore if I maybe had time to go to Umbria for a fun foodie weekend. Well hello… I will make the time! So with some hasty shuffling of appointments and a swift booking of flights I could tell Karin that yes, I would be joining too! And fun it was. We were in good company as the group consisted of Regula (MissFoodwise), Giulia (JulsKitchen), Asha (Fork, Spoon and Knife), Karin and Ludger (Yum and More and Personal Travel), Nando from CucaBrazuca and ofcourse the owner of  the villa we were staying Rolando Stein . We (Regula and me flew in both from Brussels to Perugia) were picked up at the airport by Nando and Rolando in a dry but cloudy Umbria. Weatherwise it could have been a little better, but at least it stayed fairly dry during the hours we were outside. Although a little sun would have been nice really

We were taken to this gorgeous location just outside of Perugia, called Casale degli Olive. I mean… look at that and then image blue skies and sunshine and your heaven is kind of complete right? The villa is pretty large and has 6 bedrooms, so it is the perfect place for a foodie weekend or a weekend with friends enjoying good food, wine and laughter. There is a pool and the view from the hill is just breathtaking. If you’re looking for a place to stay with a group when going to Umbria, I would highly recommend this beautiful villa. Our fellow foodies arrived during the afternoon with the last one being Karin and Ludger who arrived later in the evening. As you can probably guess by looking at the pictures there was lots of photo taking going on. Put a couple of foodbloggers together and you’re guaranteed a lot of pictures afterwards. I am pretty sure both Rolando and Ludger, both of them non foodbloggers wondered at some point during the weekend what on earth they had gotten themselves into… No touching of the food, until it was shot from every possible angle! We had a really fun weekend. On saturday we visited the market in Perugia, we went to the fabulous pasta factory Il Rasagnolo, then we went on to visit the beautiful city of Todi where Elisa showed us the sights of her city. We were invited by Walks of Italy and as it happens with visits like that it was too short but so worth it! We ended the afternoon on a high note with a great workshop at the Hotel bramante Todi where we were shown how to make typical Italian flatbread. This was all accompanied by beautiful wines, great cheese and sausages plus… we got to make the breads ourselves too! All in all it was a great weekend with the only downside being that it was too short! We have already been planning another trip to Umbria so I am pretty sure I will be back some time soon. Can’t wait to sample more of that beautiful Umbrian cucina en explore more of the country side. Loved it! And… I am going to Rome by the end of this month!! Whoohoo!! This time together with Tom. 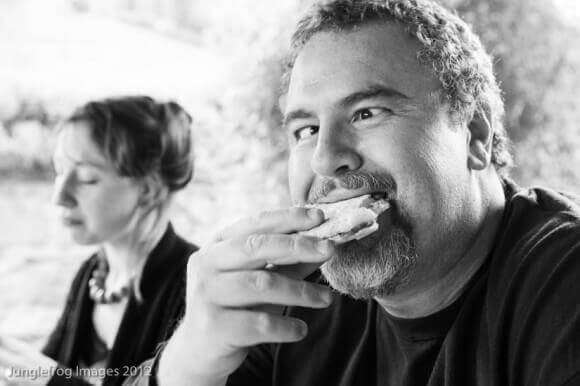