Leftovers » Would you eat insects if all else was gone?

Would you eat insects if all else was gone?

It’s a hot topic apparently or so scientists would like us to believe it is… eating insects is sustainable, good for you and good for the environment. Farms are rising up here and there around the country. Farms that do not grown vegetables or animals but are solely there to grown worms or some other kind of edible insect. 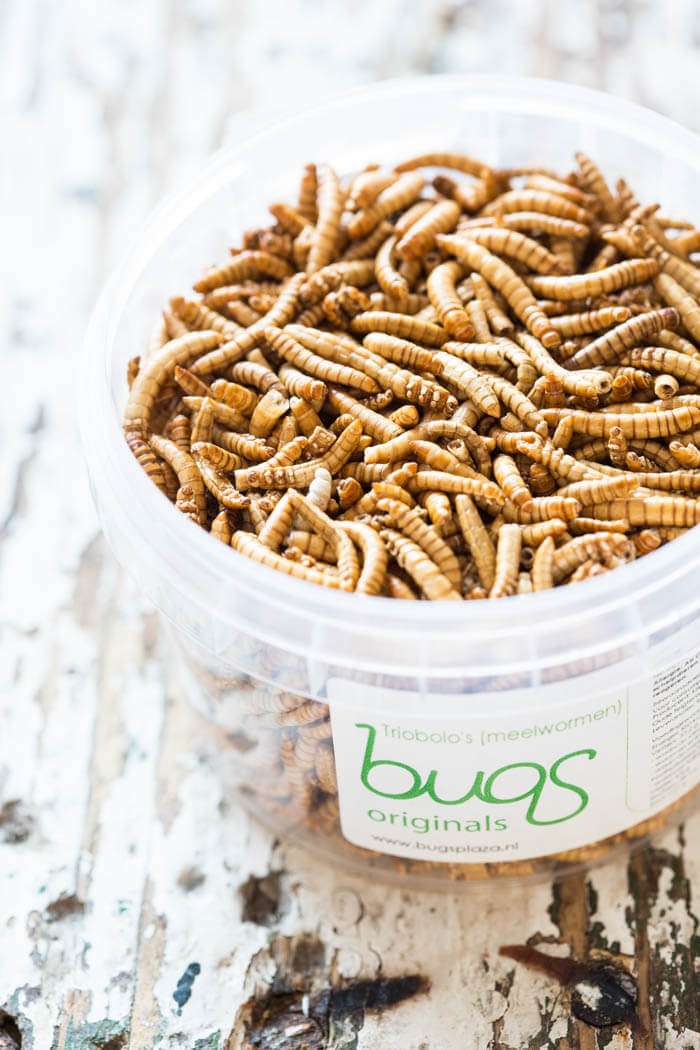 I’ve eaten insects while traveling through Asia. We were on a trip to a market in Chiang Mai with a local guide and of course she brought us to the insect section. Not only because she knows that is what tourists love, but also because she genuinely liked to eat them. She grabbed a couple of those really large – scary looking – beetles, peeled of the wings and plopped them in her mouth. Just like that. Laughing about our faces. I tried a couple of things; the bugs you see in the picture above, a grashopper and a spider leg (I did not want to bite into that juicy body… Yuck… The leg was more than enough. Thank you very much)

I know – technically – that eating insects it normal. It is something that you’re either used to growing up, like in the case of our guide, or you’re not used to it. Such as is the case with most people in the West. And that also makes me wonder if that is ever going to change… You’ll probably have a small group of people that are willing to take the plunge and try it, but I bet there is the fast majority of people that are not willing to pop an insect into their mouth. That would rather go vegetarian or even vegan if that was the choice.

So I have to ask myself that question too. Would I eat insects? Sure I would try it, I mean, I have tried it in the past and I tend to always try something before I say no. And the ones pictured here, would you call them mealworms? Not sure what the english name is but they are rather tasty. When fried it’s like a little crispy snack. Not too bad. Grasshoppers I didn’t like so much, more due to the legs, although I’ve since learned that I should have peeled those off. Lol…

But in a way it feels almost unnatural to eat them. I guess it might take some getting used to. But I would be willing to give it a go. Would you? I’d be interested to know your ideas on the subject!