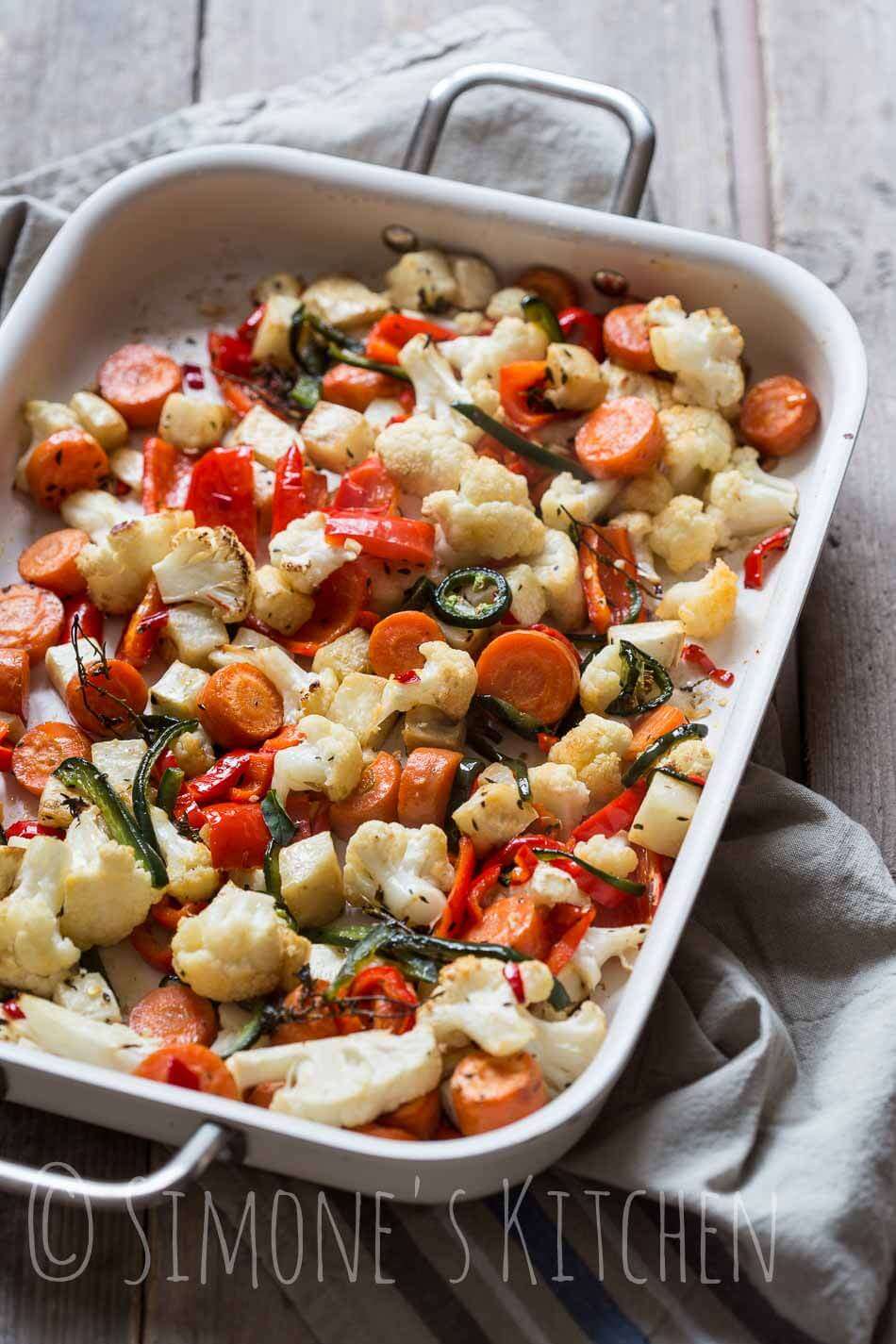 This Tuesday started out as an ordinary Dude Food Tuesday.
I took over the kitchen, posted the sign: ‘men only area’ in front of the door and was just about to make something cool, macho and dudey in my culinary kingdom.
I was thinking of big, juicy pieces of red meat that had to be caramelized with a delicate touch. After which it should be voraciously eaten in a Neanderthal style, complemented with beer and ketchup. A real dinner the Dude way.
Already salivating I produced a giant ribeye from the fridge and I mentally prepared to give that meat a hefty massage with herbs and spices, when the Misses called out to me: “Are you going to do that ‘Doot foot’ thing again (she never has the Dude part right, sigh…)? Very macho. Meat again. Quite original also..”

I slightly paled by the mentioning of me lacking originality and returned: “Quite original? Whaddayamean?”
Now I had her started and she ranted on about Dude Food being only about meat and deepfrying and fatty and unhealthy food etcetera.
When the Misses had finished her lengthy rant, I replied dryly: “You’re probably right and all that, but it’s just that meat is cool.”

I barely escaped the deadly gaze that the Misses send out to me and she definitely replied: “ A real dude can even make vegetables cool. Some kind of dude you are.”

The remark hit me to the bone and I decided to prove that this Dude could even make veggies look cool and macho. I threw the ribeye back into the fridge, took a bunch of vegetables out and tossed them on the kitchentable..
And there I was, staring at that pile of greens. And the pile was staring back at me.

My creative glands worked in overtime to make up an original and dudey dish with vegetables, but I couldn’t catch a macho veggie recipe. I started to vegetate by looking at the vegetabless andthe only thing I could think of was that vegetables were green and stupid. 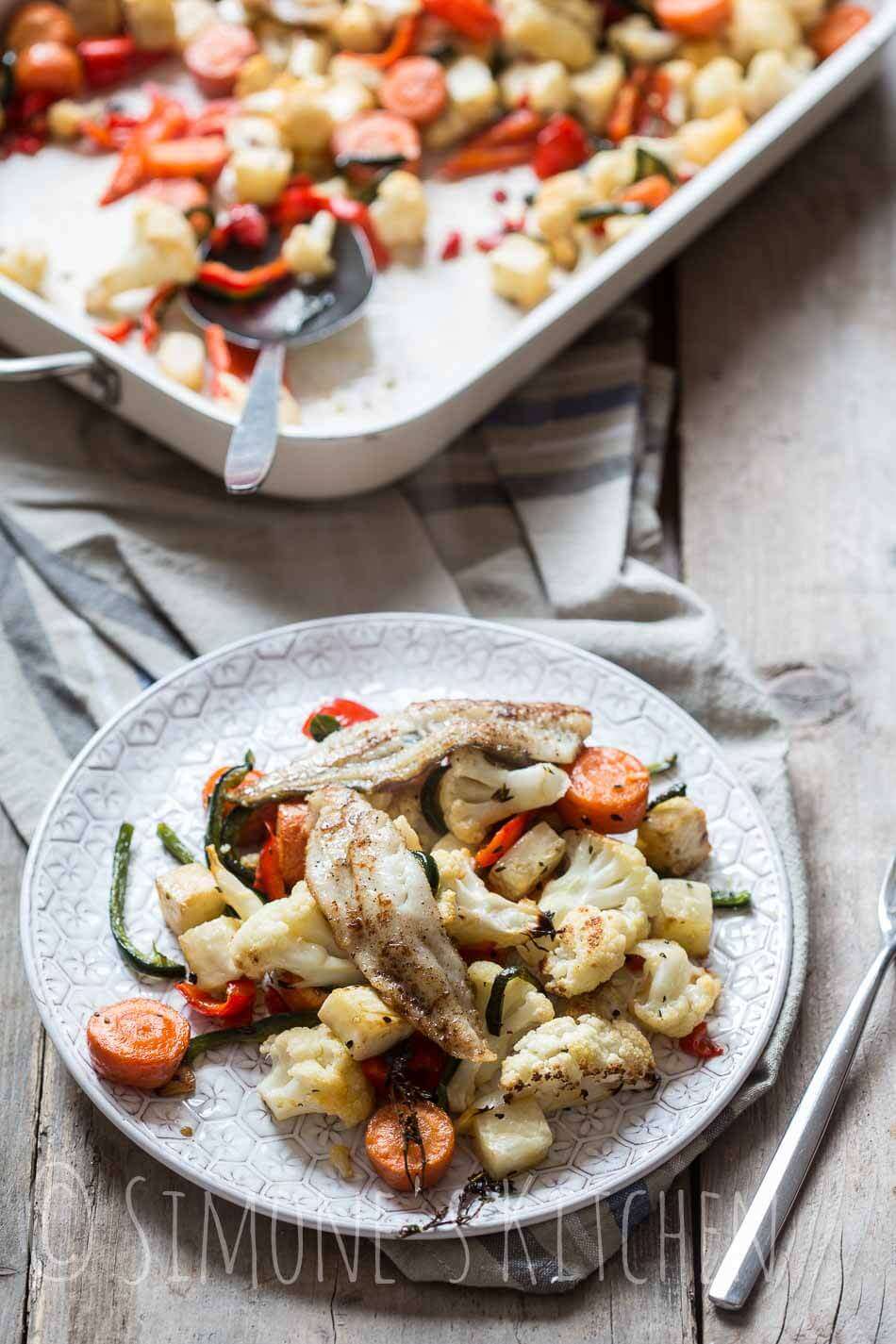 What on earth is green, cool, macho and stupid anyway? Ok, the Hulk is green and cool and macho. And, looking at it that way the Hulk looks a lot like vegetables; both are also green and stupid. So there had to be a way to make veggies look as macho as the Hulk.
And then my cunning plan started to take shape. When I add some heat in stead of cool to my vegetables to make them cool? That would be dudey indeed.

And to be frank, it is kind of macho when you make a dish that’s so spicy, you’ll need a wet towel to your butt when you made a visit to the toilet the next day.

Ok, so we will make some roasted vegetables (roasting is always dudey!) with extra chilies for a spicy and macho dish. Problem solved.
A dish with an extra dudey advantage, for you have to serve this hot recipe with a cold beer to extinguish the fire from the chilies.

Imagine the Misses her surprise when I came walking from the kitchen with a big oven dish stacked with ‘cool’roasted vegetables for Dude food.

And imagine her face when the heat started to kick in after her first big spoonful of fiery veggies (it seems I had forgotten to tell her I had put a Royal amount of chillies in the dish. Never insult the creativity of a Dude, hehe.)

So today I give you a vegetarian (not so) cool dish of roasted vegetables. Completely vegetarian, so it serves very well as a side dish to fish or red meat. 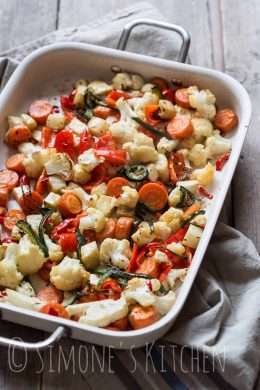 Roasted vegetables with a spicy kick

A nice and fiery vegetable dish. Be sure to have a drink on the side to drown the heat of the chillies
Prep Time: 5 mins
Cook Time: 30 mins
Servings: 3 -4

« Previous PostDude Food Tuesday: chocolate and bacon
Next Post » How to make socca and my first cookbook!

6 comments on “DudeFood Tuesday: (not so) Cool roasted vegetables”