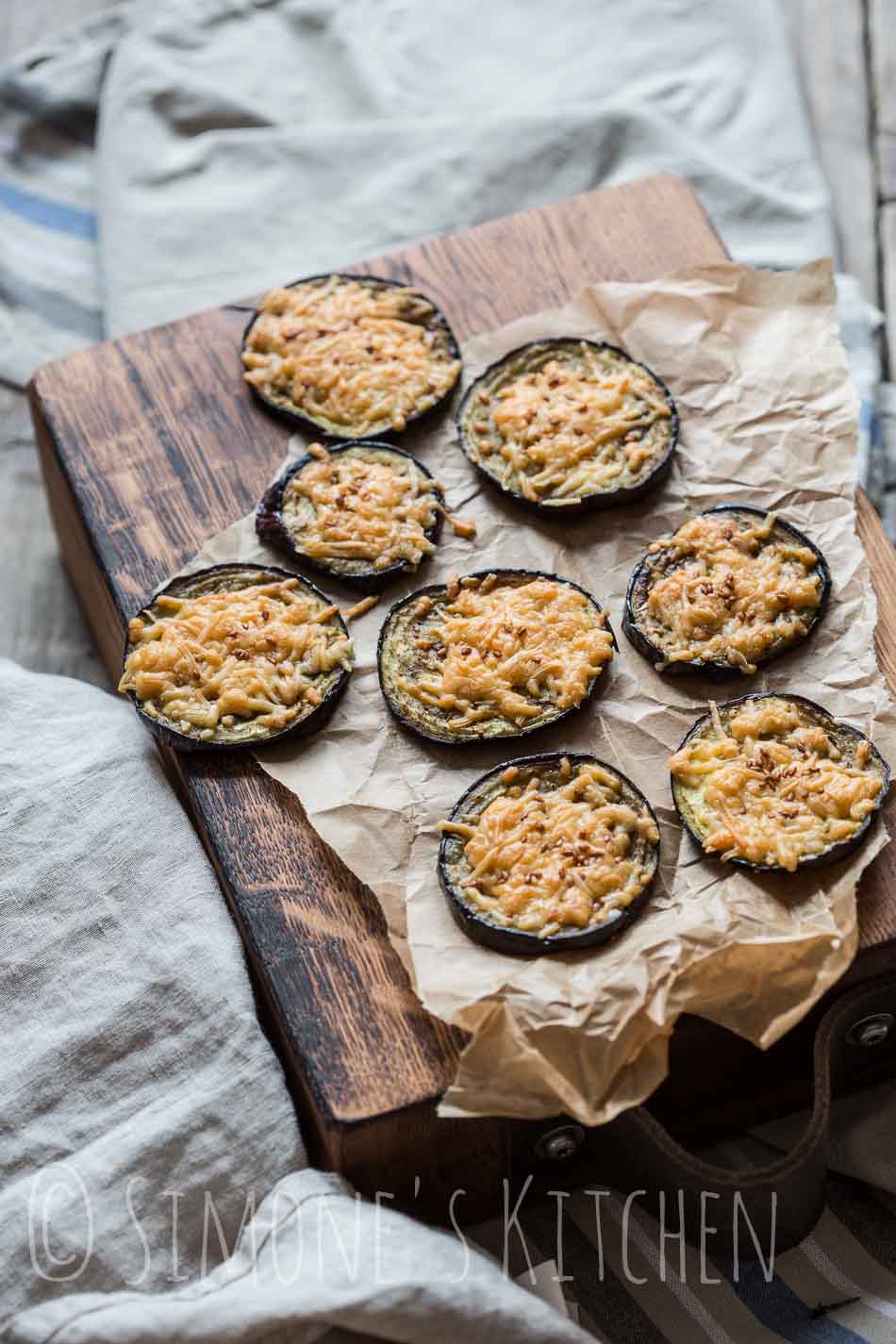 People who follow the DudeFood Tuesday fors ome time now, know already that I am not that fond of vegetables in general and the eggplant in particular.
It’s just that I am not a fan of purple veggies who seem to laugh at me when I open my fridge. When I see an eggplant it always reminds me of the Joker from Batman somehow.
Eggplant just brings out the worst in me. And grinning vegetables just ask to be cut into tiny pieces. It’s just strange for I am not an agressive Dude by nature.

And because eggplants make me angry I try anything to keep these purple roundbellied greens out of the house(seriously eggplant, do you want to be a green or a purple?).
But yesterday I heedlessly opened my fridge and I started when I saw one of those fat and round eggplants grinning at me.
My temper went from hot to cold (no, not lukewarm!) and I felt my anger level rising. Grr, purple veggies! How did he get there?
I quickly closed the door of the fridge and started my soothing meditations.
With a slightly pitched voice and a forced calm I asked the Misses: “Darling, there’s an eggplant in the fridge. How did that thing came into our house?”
The Misses answered in a matter of fact manner: “Jee, I wouldn’t know. Maybe it’s something that was left behind during the last photoshoot.But that’s no problem, is it? Eggplants are good.”
Well, let’s agree to disagree on this one. The only good eggplant is one who is cut into slices with a very sharp knife! 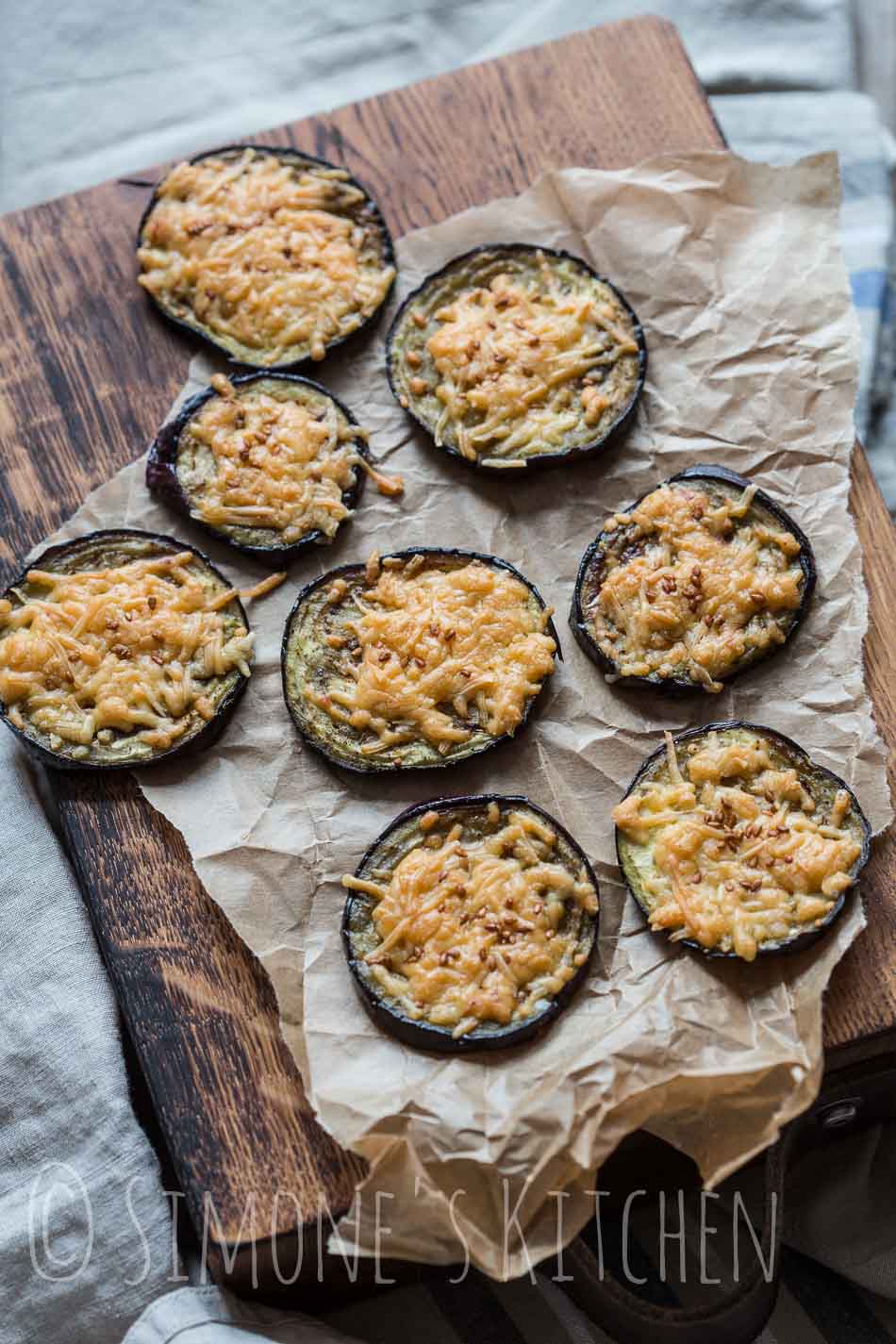 Anyway, I decided to ignore the eggplant and keep him in the cold of a closed refridgerator. That violet violator of my kitchen sanctuary wouldn’t get the best of me.
But somehow the eggplant seemed to know that it could take a hold on my anger management, for every time I passed the fridge I could swear I could hear it softly singing a nagging song. That song that makes everyone crazy in due time; the Ketchup song.
That bloody eggplant was humming that irritating song to me right from my fridge.
My blood ran cold and I medidated as hard as I could to refrain from vegetable violence. Early that evening I went to bed exhausted; the Ketchup song still lingering in my head.

The next morning I stepped into the kitchen to make meself a nice cup of coffee and when I passed the refridgerator I heard a muffled singing: “I say the he-ha, the hibi e mahabi and the boogie and the boogie dabie…”
With red and raging eyes I janked the door from the fridge and pulled the purple pest out. I looked at the broadly grinning vegetable and said: “Ok, so you want to be funny? You want to have fun? I’ll give you fun! Let’s make a party together! ”
In return the eggplant seemed to grin even wider and sang even louder.
The singing suddenly eased, when the eggplant saw me approaching with a big, big smile and holding the biggest kitchenknife I could find…

The same night I had invited some fellow Dudes for a small party and I served them drinks with a variety of home made snacks.
Fellow Dude Heston Dudenthal (famous moleculair cook) took a snack, looked at me and said: “Very good snack, dude. But I always thought you didn’t like eggplant?”
I grinned an evil grin and answered: “Oh, but I do. Just as long as there sliced and diced. ”
And when I took a slice of eggplant with grilled cheese for myself I absent mindedly hummed: “I say the he ha, the hibi e mahabi…” 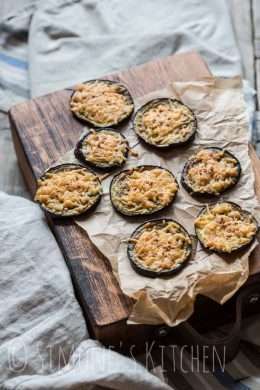 ps. If you want to read about my previous encounter with evil eggplant, just click here

« Previous PostHow to make socca and my first cookbook!
Next Post » DudeFood Tuesday: Yakitori (a lesson in why samurai are Dudes)