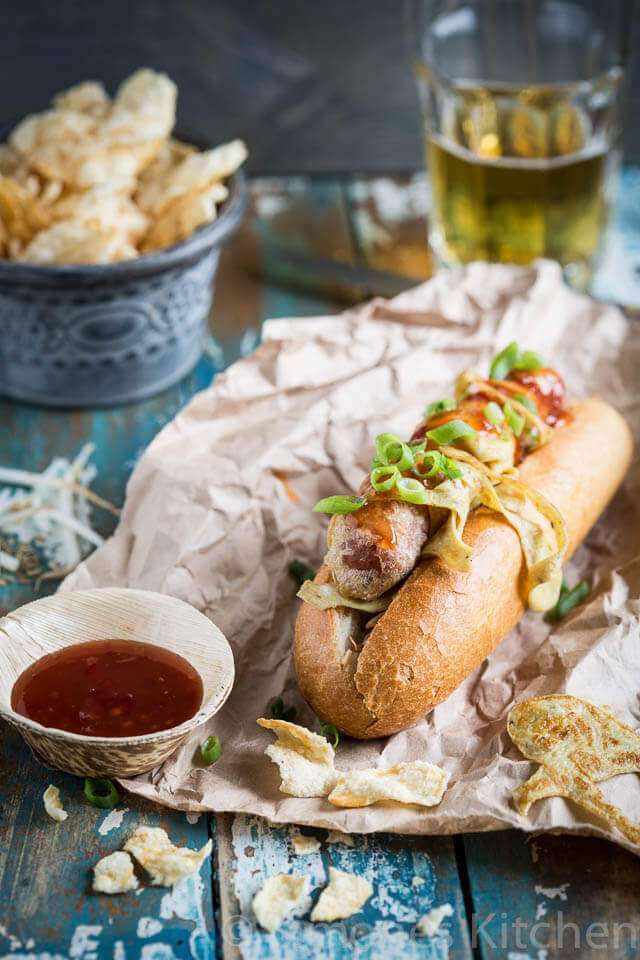 Or how to turn a cartoon hero into a fried hotdog sandwich..

Dudes, men and all others that are in need when it comes to recipes from the dude kitchen, made by men; I offer you another warm welcome to Dude Food Tuesday.

Dude Food Tuesday, the day that all real men can go wild and feel like a child once more. Talking about child; the somewhat older dudes among us will most certainly remember those wednesday afternoons at the end of the seventies.

Those afternoons that we were perched in front of the tv watching endless cartoons. For a couple of hours you were whisked away by all sorts of cartoon heroes who had the most amazing and adventurous lives. The best and toughest cartoon of that afternoon was of course the secret superhero and carate expert; Hong Kong Phooey. 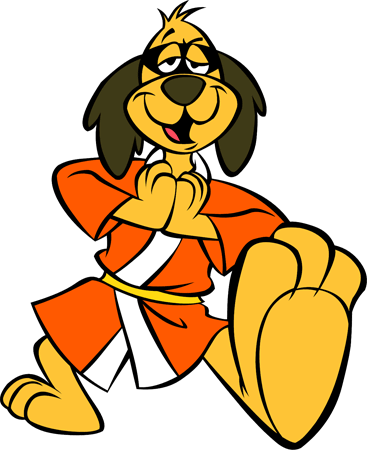 For those of you who are staring at the screen now with a blank look or are at least 10 years away from the big four-0, a short explanation of who this cartoon hero was.

Hong Kong Phooey was a dog. But also a secret agent and superhero who was a cleaner at the police station in daily life. But whenever there was trouble on the horizon, he (pay attention now!) dove into an archive cabinet and transformed himself to the carate expert, Hong Kong Phooey. 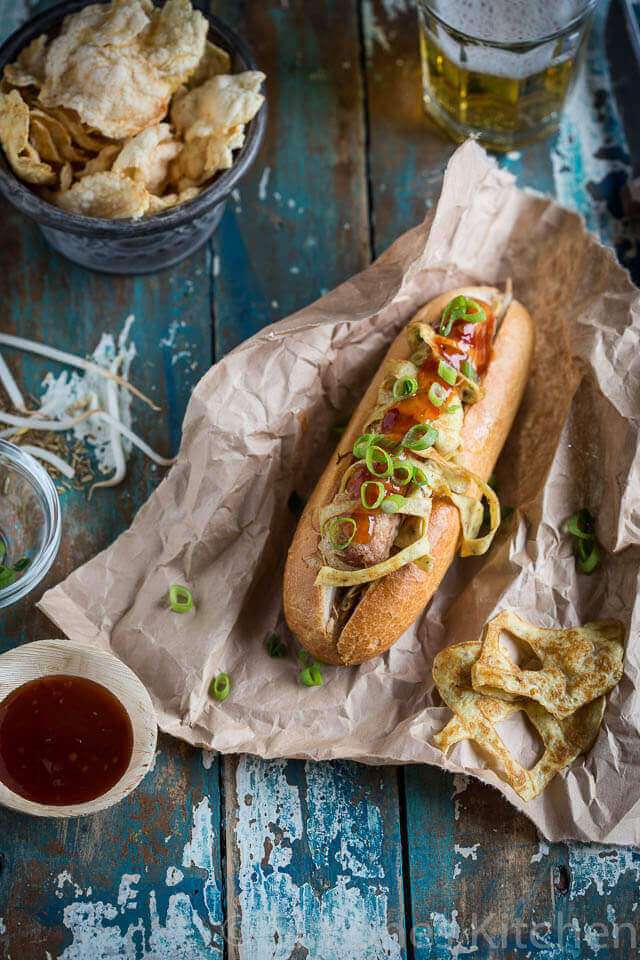 You wonder what an archive cabinet is? Euh… it’s a kind of old fashioned hard drive but than with no more memory than roughly 10 MB and you have to walk towards it everytime you want some data.

Hong Kong Phooey has learned carate through a written course and so has to look into his studybooks every time he needs to take on a villain. Maybe that was already some kind of advertising for the online studies? Luckily Phooey also has a partner a striped cat by the name of Spot. Why the striped cat is called Spot no one really knows, but it made complete sense when I was 9 years old. But anyway, Hong Kong Phooey was my hero and last week in a sudden burst of melancholy I remembered my child hood hero. Melancholic in a dude like way, of course…

So today I bring you an ode to this dog and superhero with a hotdog that gets a dude and eastern look; the Hong Kong Phooey Hot Dog. 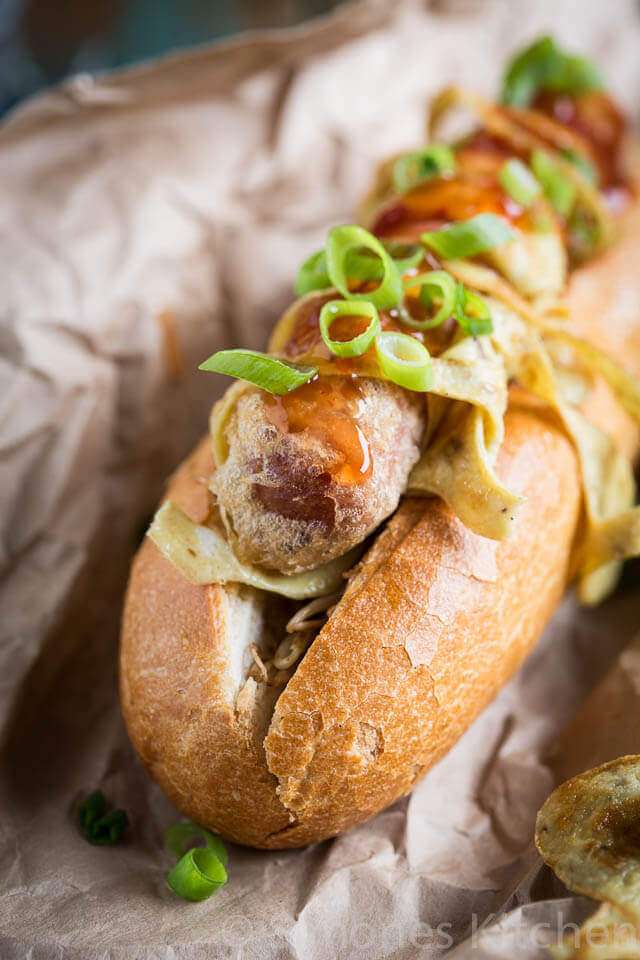 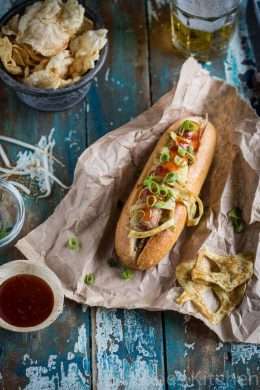 Print recipe Pin Recipe Save as favorite Saved!
5 from 2 votes