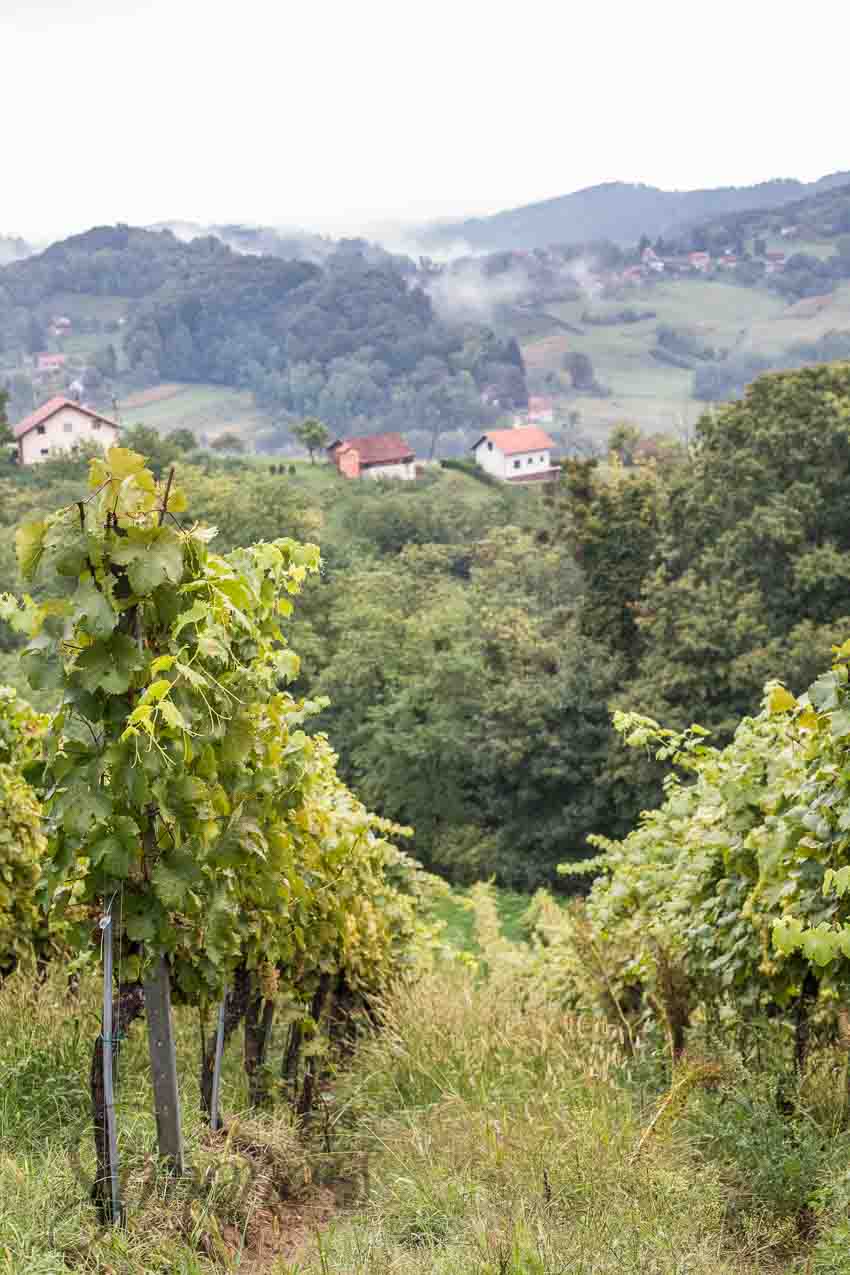 In my previous life when I still worked at an office (for Nike) my boss came from Croatia. We’re talking at least 20 years ago so the war was still fresh in everyone’s mind. Croatia as a holiday destination didn’t really come to mind for most people. For us there were so many other countries to explore and in that year we did our first overseas trip to Mexico. So a destination with a history and that was relatively close was just not my first choice.

Through the years that followed pictures of Croatia kept popping up and they all looked gorgeous. For some reason very different from what I thought it would be. But up until now it just never really happened that we took a closer look. So when I received an invitation from the Croatian Tourist Board to get to know a little bit of their country I could hardly say no. 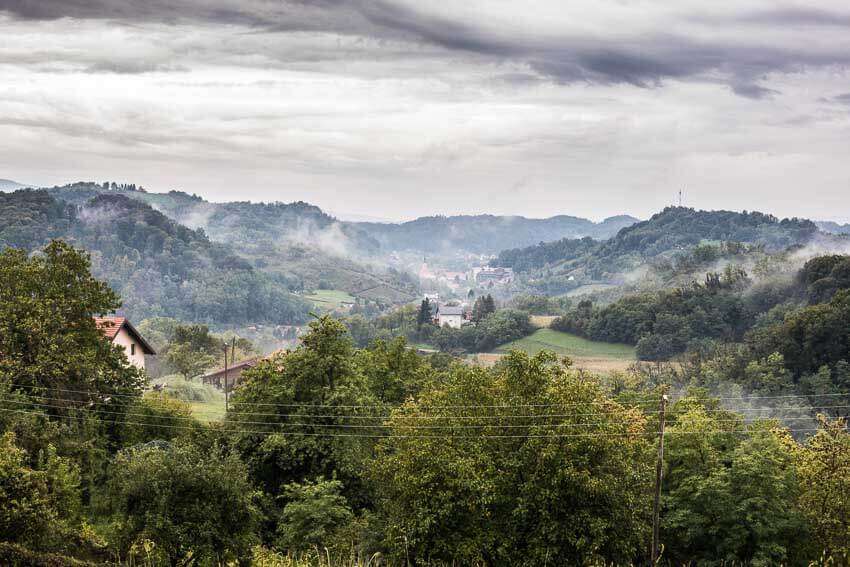 We (Alexandra and I) left for a short trip to get to know the Zagorje region. Zagorje is fairly close to Zagreb, about a half hour drive from the airport and you’re transported into a magical landscape of small castles, beautiful scenery and little villages dotted along the landscape.

In the four short days we were in Croatia we saw a lot and ate and drank a lot too. Because it is impossible to give you an idea of the place without trying everything right? 😉 Sadly it turned out that this september was the wettest september ever and our first two days we spend mostly hiding from the rain. Which was a bit of a pity as taking pictures in pouring rain is never a good idea. After two days we finally got some sunshine!

The Zagorje region is absolutely breathtakingly beautiful and we will definitely be going back for a more extensive visit. If you love wines and good food there is enough to see and do too.

On our first night we were invited to Petrac Winery. Petrac is located in the small town of Krapinske Toplice and going to the winery the views are fantastic as you can see from the pictures. When we arrived we had a few minutes of no rain so I got to shoot a few images thankfully. I wouldn’t have want to miss it! That mist rolling in over the hills gives it a dreamy look doesn’t it? 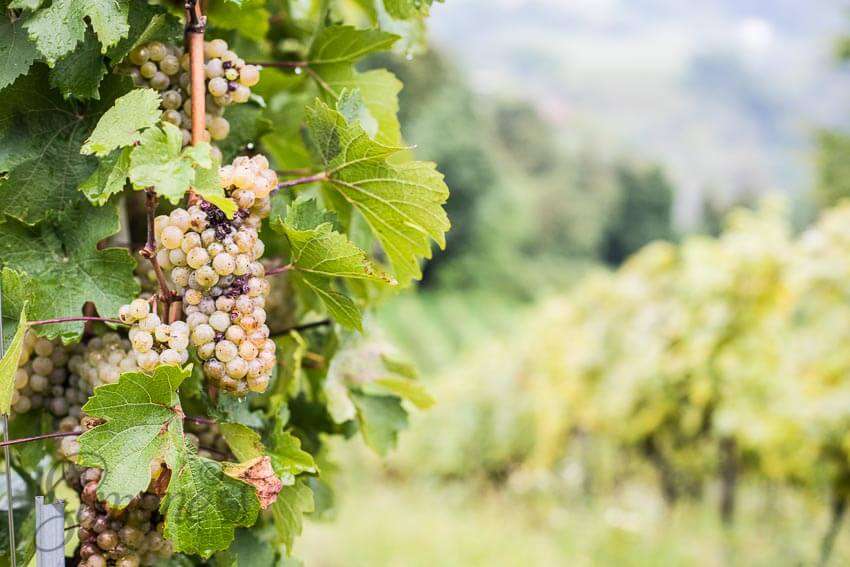 Petrac Winery has been around for 26 years and their most famous wine is Karisma which you can find locally in many of the restaurant or in town in the local wineshop. More importantly they are the only winemakers in the world that are doing a trial at the moment with ripening wine at the bottom of the sea. Yep, the bottom of the sea, you are reading that right. They literally sink a crate with bottles of a 2009 Cabernet Sauvignon in a spot in the sea. Going down for about 17 meters and leaving the wine there for 1,5 years. We had the privilege to taste the wine and it is amazing. Very different but so good! And take a look at that bottle. How cool is that?

We had a wonderful evening filled with lots of wine, local food and – of course – too much slibovitz. Zivjeli (cheers in Croatian) 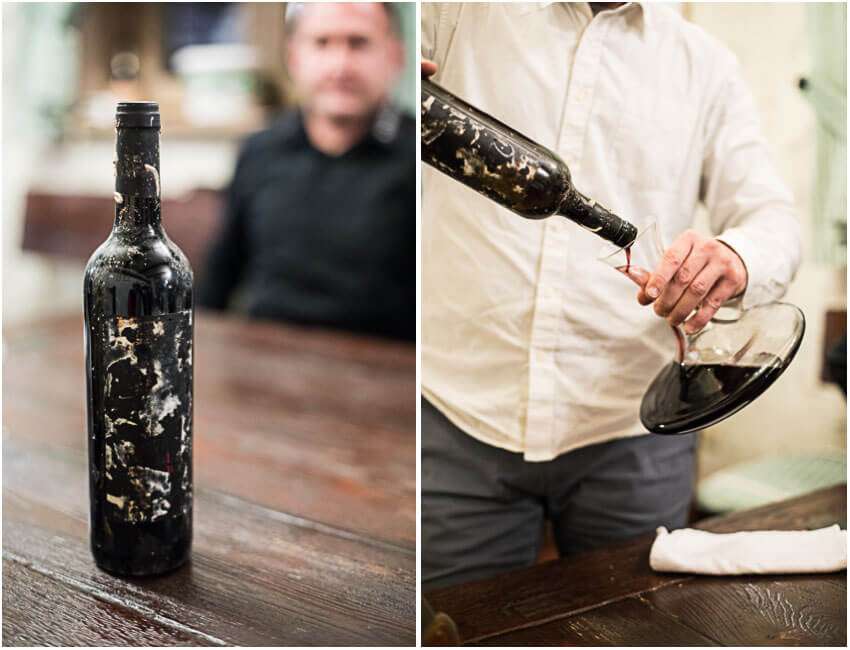 That first night we slept in  Villa Magdalena. Highly recommended if you love good food and an added bonus is that you get a jacuzzi in your room! How cool is that. We arrived fairly late due to a delayed flight but we still got a delicious lunch in restaurant Magdalena. Apart from the restaurant and the hotel itself Villa Magdalena has a small wellness center where you can relax. 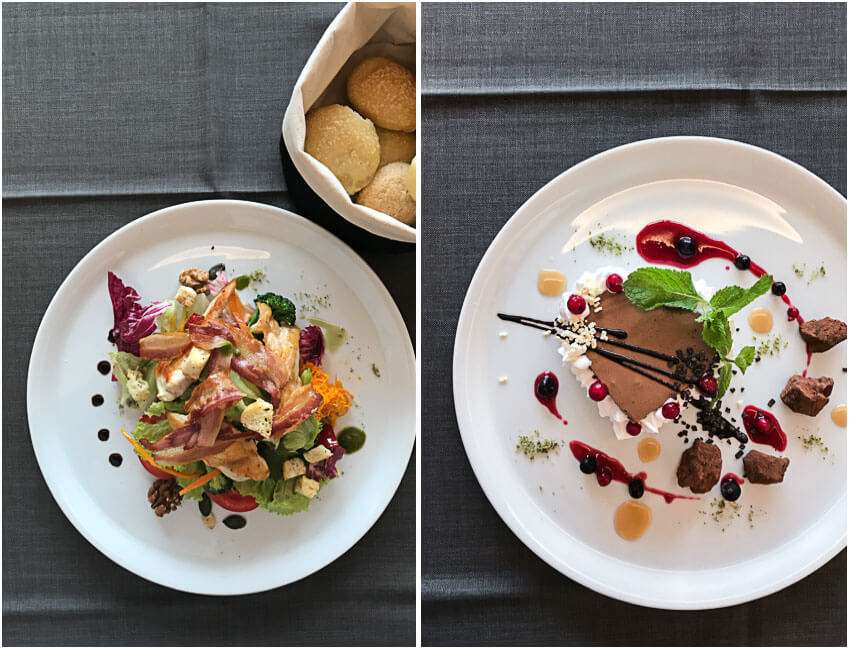 A little bit further in Klanjec, you find the Sever Winery where they produce a Grasevina that got high prices and won regional champion in 2016. Funny is that the Sokol (hawk) wine they produce is the same wine that was produced in the 17th century by local friars. In that time the wine was only used during the sermon but since 16 years they are reproducing the wine again using the old vine branches. Plus they bottle their wine too. 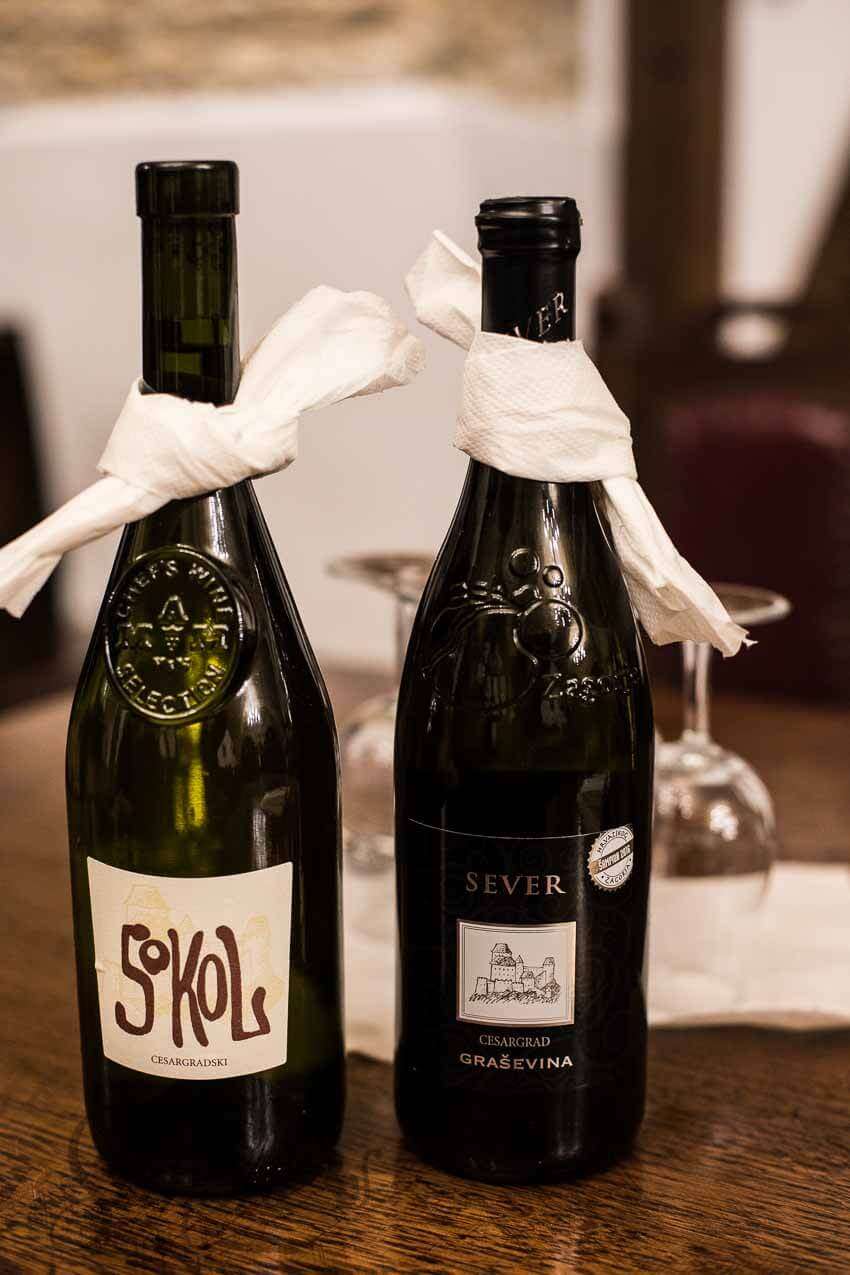 If you think about Croatia, the food probably doesn’t pop into your mind or maybe you expect mostly large slabs of meat. In all fairness: if you are a vegetarian Croatia might be a bit of a challenge, but it is also very dependent on the city you are in. In a modern city like Zagreb it is easy to eat well as a vegetarian but if you go inland it might be a bit of a challenge. When we were at Petrac winery – to name just an example – they weren’t sure if we were vegetarian or not so they also provided a plate of tomatoes and cucumber. Just in case… You’ve been warned! 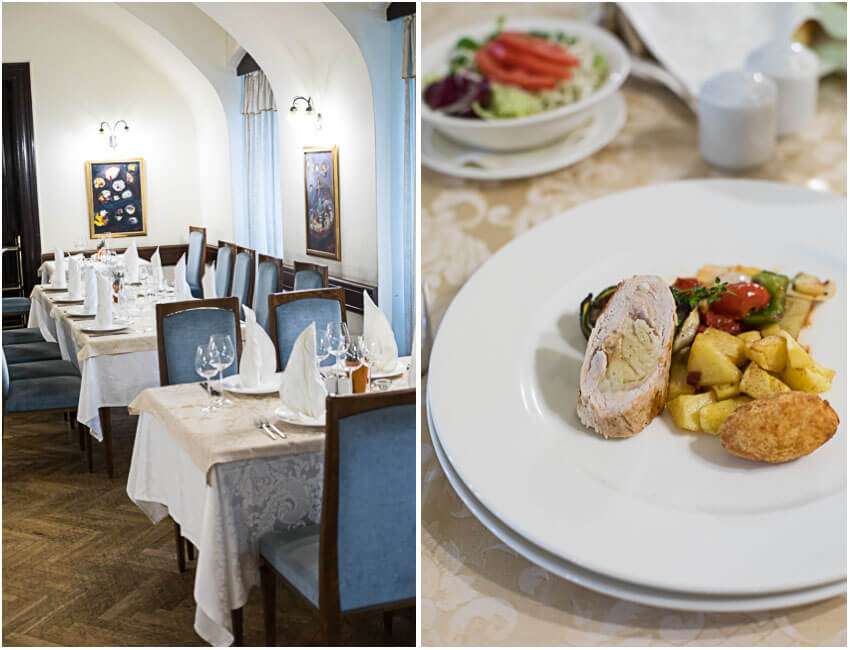 Castle Mihanovic is a fine dining location where you can taste some of the local specialities of the Zagorje region. I have to say that my favorite is strukli. Strukli is a traditional dessert from the region that is actually not always served sweet. I think we had about four different variations while we were there, with my favorite being from castle Mihanovic. We also got the promise that we would be getting the original recipe so soon I will be making my own strukli!

During a torrential downpour we had dinner in Villa Zelenjak, not too far from Terme Tuhelj. They also serve the traditional Zagorje dishes here but the focus is not only the Zagorje region but the entire country. And for a change we did not have strukli for dinner but a kind of fresh cheese with forest fruit. Delicious! Villa Zelenjak is a family business, started by Ivan and Josipa in 1936. In the meantime it is now run by their grandson Branko. Like I said it was raining cats and dogs when we were there but there is also a lovely large outside terrace where there is a lot of barbecue going on in the summer. 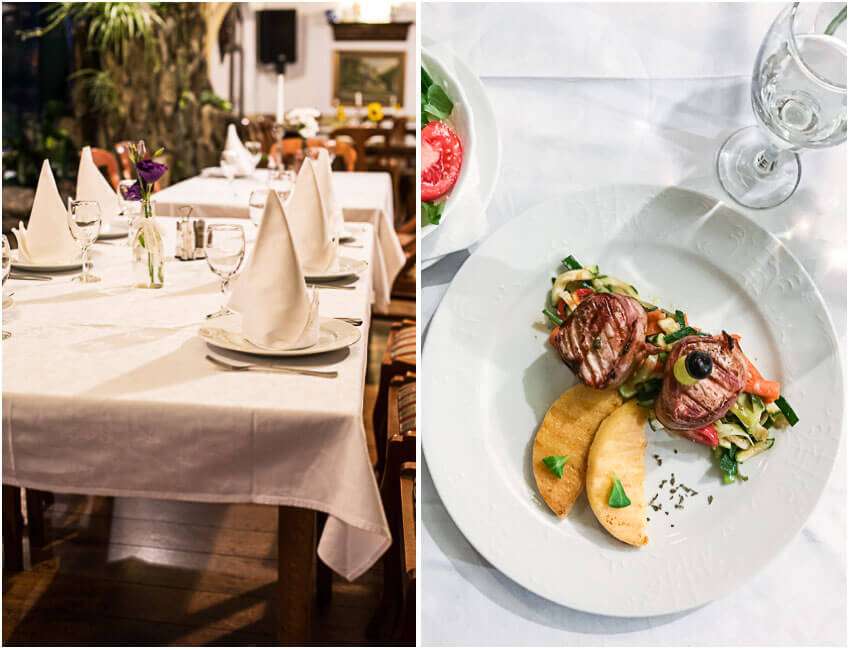 Our next stop was in the city of Marija Bistrica, a small town that is quite famous as a pilgrim destination where thousands of people visit the old statue of the black Madonna. We had dinner that night in  restaurant Academia. The restaurant is inside the Bluesun hotel Kaj and while we were there a large group of Chinese or Koreans (never sure which is which) visited the buffet restaurant. The consequence was that we had the entire restaurant to ourselves. Slightly odd… 🙂 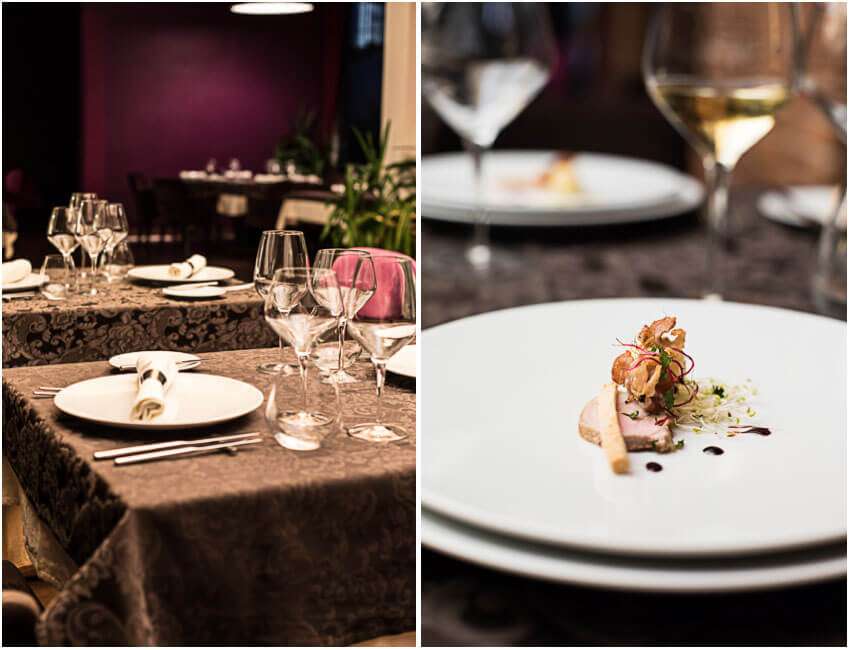 « Previous PostOnion cake with basil and brie
Next Post » Making your own popcorn (with chili and chocolate)- so simple and so satisfying!