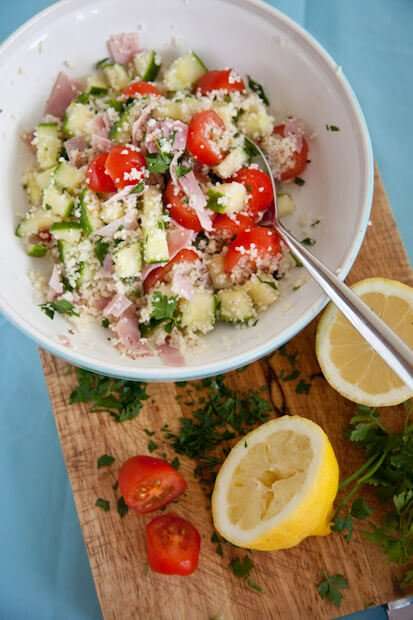 While I have made couscous salad before, this was more or less the lean version of the one I did before. I was just reading the other recipe and realizing it’s really not that much different, but ok… it definitely has less oil in it!

Yesterday we had a really nice evening. We went out for dinner at Sensus in Almere with friends and afterwards we were gonna be watching the new Harry Potter movie! I am a big Harry Potter fan. Have been since the beginning too, before the whole hype began. The dinner was good. It’s a restaurant with an international kitchen and you basically order small dishes. Four of those make up a ‘regular sized’ meal. I had halibut (which was not so good, as it was overcooked and too salty), feta with chili and watermelon with pickled raisins and a little asparagus tart with parmezan. The last was absolutely my favorite and while the other two dishes weren’t that bad some of the combinations were really weird. I like sweetness with feta but watermelon was just a weird combination plus the fact that the melon was not really ripe, didn’t help either… 🙂 If you sum it up it actually doesn’t sound like a very good meal, but it wasn’t so bad really. The people there are very friendly which can be a nice chance here in Holland, as you do get a lot of bad service in some restaurants. 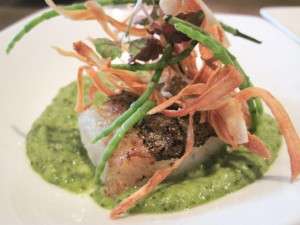 And dessert was lovely too. Ok, ok, I know I am supposed to be on a diet, but to compensate for dinner I had been really active the entire day. Started with a spinning class in the morning. I think I can honestly say I have never been sweating so much as that morning! It was warm and humid outside and we never spin with the airconditioning on, since one of our group is allergic to the airconditiong-air.. ( 🙂 ) The door to outside was open, but it was a vigorous lesson and combined with the humidity…. Pfftt… On top of that I had also cleaned the house in the afternoon, so that should make up for at least some of the meal. Back to normal today anyway!

After dinner we headed over to the cinema, which is a very short walk away. I was glad I had gotten tickets the day before as the lines in front of the register were looooonnggg! You have to know that while we have a huge cinema, it tends to be rather empty most of the times. So to hear that they had Harry Potter playing in three of the rooms (out of 6 or 8) and all three were completely packed, that was amazing. 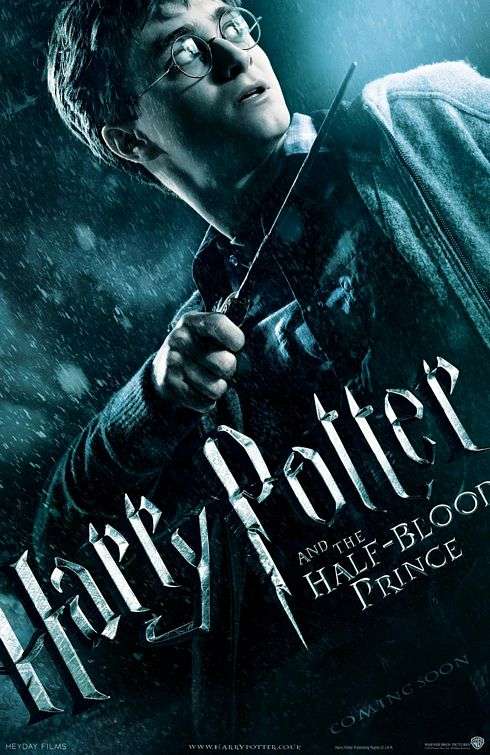 There was some confusion over chairs (isn’t there always?) before the movie started and they actually stopped the previews to sort it out. This was an extra show anyway so they weren’t so much on a timeschedule as normal. Once it was all sorted we could finally watch the movie we had all been waiting for so long.

I won’t be telling you anything about the movie, to not spoil the surprise if you haven’t seen any of it! I liked the movie, but there was a little less action then I had thought there would be. I have read all the books, so that helps in piecing the story together, as there were a bit too many things that remained a mystery. Tom, as well as our friend Peter, had not read the book and then it’s rather difficult to understand why certain things are happening. In addition to that, Peter had only seen the first movie (not really a Potter fan, but he came along for the ride and because Mary (his wife) loves it) so that made it double hard!

Despite all that I loved it and thought it was another brilliant movie. The scenes and special effects are amazing. And I can’t believe how much those kids have grown!! In preparation for the new movie, Tom and I had been watching the first ones this week and then it’s even more obvious how the little kids have now become so big!

Anyway, it was fun and if you haven’t seen it yet… GO!!

Here is the recipe for my lunchsalad of today! 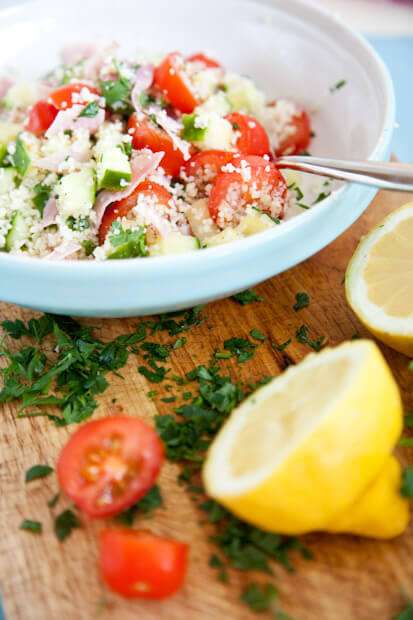