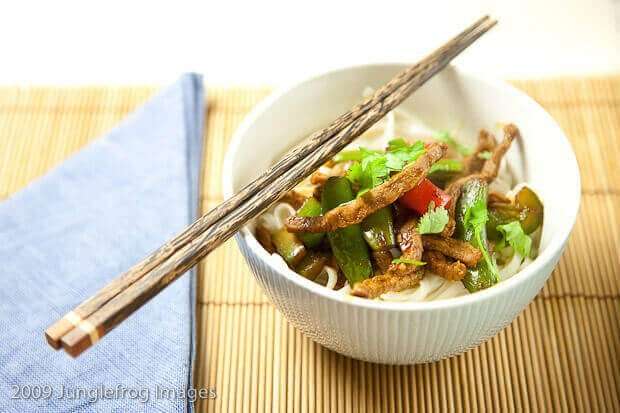 I was all excited when I heard from the lovely Ivonne from the Daring Kitchen that I would get to review a cookbook for the Daring Kitchen. The book she picked for me is called “Perfect for two; perfect meals for pairs” and it couldn’t have been more appropriate as Tom and I are with just the two of us and it is hard to find cookbooks that cater for two people only. Most recipes are really meant for families of four at minimum. Ofcourse that is usually not an issue as I can actually divide numbers into two… 🙂 (Yes, I did go to school once, long long time ago!!) 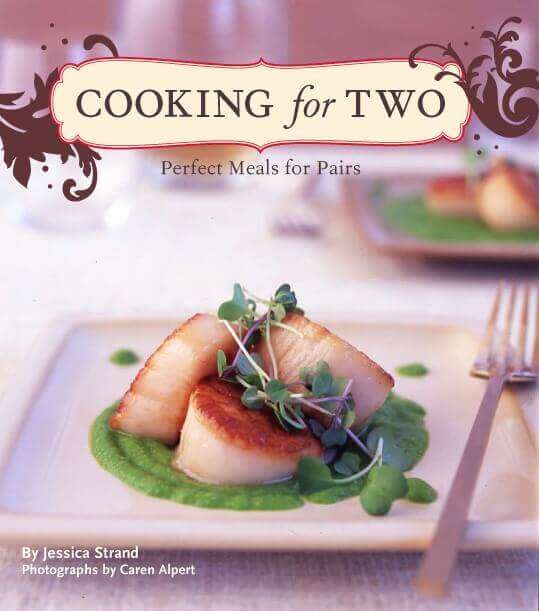 But it’s nice to have a little cookbook that is actually meant for pairs. No dividing necessary; the recipes are perfect as it is! The book itself is full of wonderful meals and split into useful chapters with names such as “Romantic meals”, “One-Pot Dinners”, “Duo Desserts” and Simple, Fast, Easy Suppers”.

After all the highlights of our christmas time I was really not in the mood for Romantic meals at this time, but there are several gorgeous recipes there waiting for me to explore them so I will in the near future go back to those and let you know how I liked them! In the meantime I was most attracted to the fast and easy suppers and the one pot dinners. There is something wonderful about one pot dinners… Saves washing up and they tend to be convenient and perfect for weekday meals. I chose Szechuan-Style Stir Fried Steak with peppers, Onions and snow peas over noodles. If there is any ‘complaint’ about this book it is about the rather longish titles of the recipes.. I mean…. hello… do you really need to add every ingredient into the title??

Technically this was also not a one pot dinner. Since you will have to cook the noodles at some point, you really do need two pots, but ok, I will forgive Mrs. Strand that little inconsistency. The recipe was easy to follow, quick to make and – most importantly – scored very high on the taste factor. Both for me and for Tom (who can sometimes be a little more picky then me..) Since it is the beginning of the Newyear, I had to have at least one new year resolution and well, it had to be loosing weight. Not my most popular but I see a challenge in eating fabulous food and still being sensible in making my choices. You will never see me snacking on horrible shakes or counting endless calories (well, a little bit maybe) as I would not last without proper food for a very long time. But let’s just say that it is necessary to lose a considerable amount of kilo’s and this dish is relatively lean and at least feels very healthy. It’s also easy to adapt to incorporate leftover veggies or use less oil or basically change it to you liking.

While the book is meant for pairs doubling the recipe is as easy as dividing it in other cookbooks, so don’t let that stop you! Apart from great recipes the book also has some good tips for sharing the kitchen with your loved one(s), although maybe not all tips are very useful, they are entertaining at least… 🙂 Tom and I cook together quite a lot, so we didn’t really need additional tips on that part, but it might be useful for people who are newly venturing into the kitchen together. To give you a taste of the book I will give the recipe that I made tonight here! 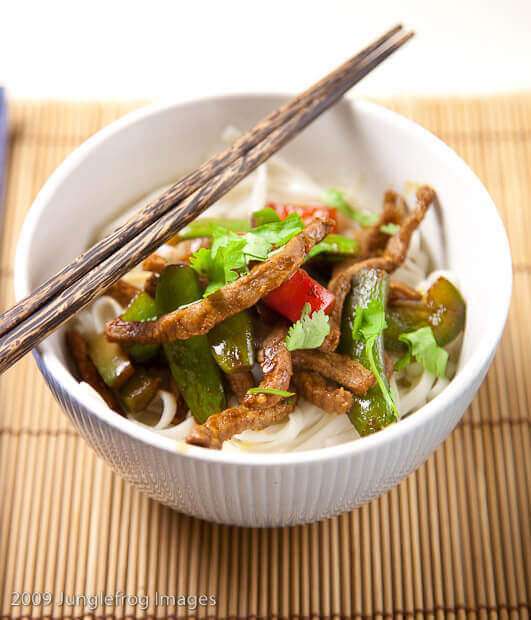 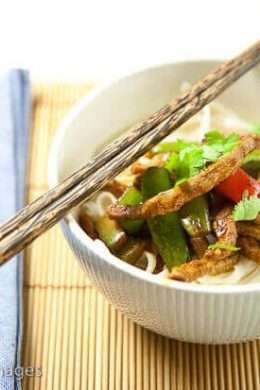 See the recipe with those scallops on the cover of the book? I will be making that next!!

O and before I forget; the winner of the giveaway for the book Dutch Delight is Peter from Kalofagas as picked by Tom at random!! Congratulations Peter and I will email you for address details so I can send the book!