Coffee rituals with the bedouins in Jordan 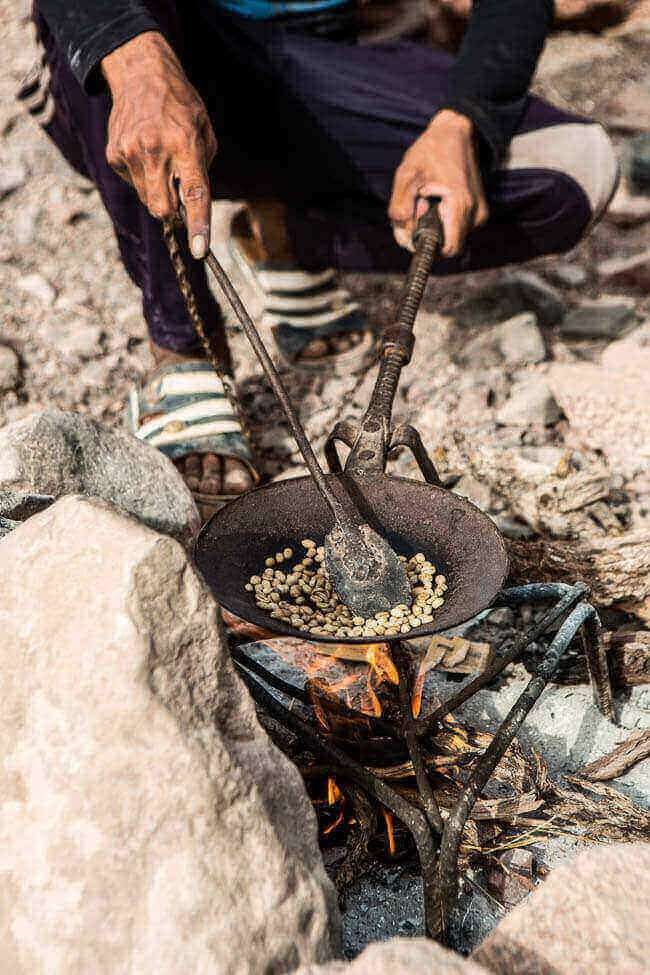 Drinking coffee with the Bedouins

The smell of freshly burned coffee is drifting in my direction. Above the firepit there is a large metal spoon with a few coffee beans. Our host is busy preparing a cup especially for his guests. Coffee in Jordan is no small affair. It is an important part of the traditions in their culture and has many meanings. Entire wars have been decided above a cup of coffee and marriages are negotiated and family disputes solved. 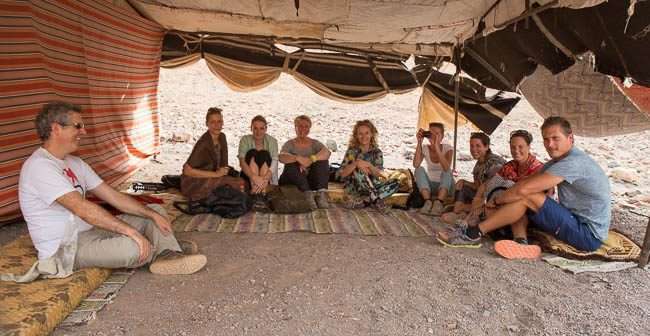 We are so used to having a freshly brewed cup within just a few minutes and at any moment of the day. Depending on the coffee device you own, it literally takes seconds to create. Freshly made, no sweat spilled making it. Not here. Coffee is special. Coffee takes time to perfect and coffee without cardamom is simply not coffee, according to the Bedouin culture. Now I happen to be a huge fan of cardamom so bring it on, but for a lot of people it is a foreign taste. And let’s be honest; cardamom can quickly become to much so should always be used sparingly. Or it will be like you’re drinking perfume. 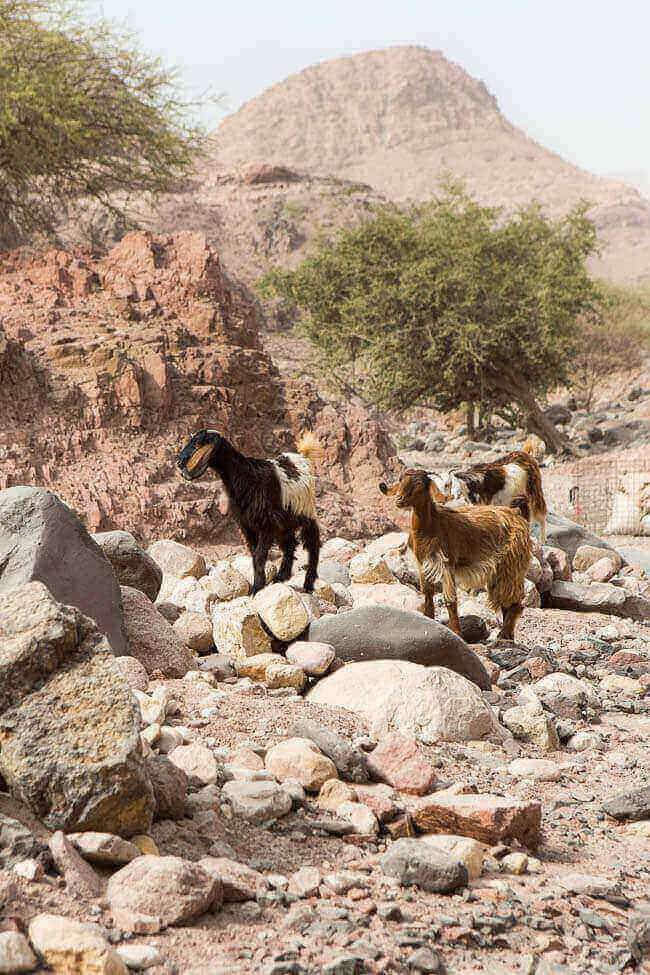 Making the coffee is a man’s business. If you’re a guest of the house the women are sitting with the women and the men with the men. No mixing. In our case it was different as our group was mixed to begin with so we sat together.

Coffee is first roasted by hand. Fire is made, spoon is held above the fire and with patience and care the coffee beans are roasted until just right. They are than transferred to a grinder and made into a powder. Cardamom is added and hot water poured on. The host is the first one to take a cup. That might be weird in our culture where it could be consideren impolite to be the first to drink a cup if you’re guests are waiting, but here it is the way to first test the coffee before you serve it. Makes sense too right?

Serving cold coffee is considered impolite towards your guests and a sign of disrespect. 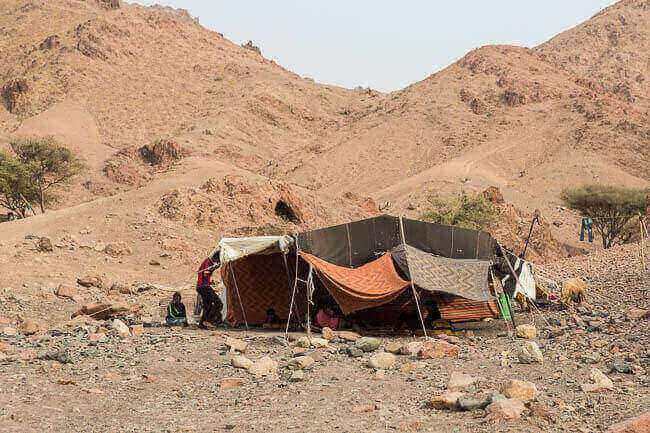 The host will than proceed to pour the coffee to the guests and you’re served a tiny bit in a small cup. Technically not much more than one gulp, but drinking it in one go will also be impolite. Taking just the one sip is a sign that the coffee is cold. So you drink the coffee in three sips. Always use only your right hand when drinking the coffee. Your left hand is used for more earthly matters like going to the washroom.

If the coffee is hot – and it should be, if your host has done his job well – blowing into the cup to cool it down is also not done. Gently swaying the cup and swirling the coffee around is the way to cool it down. No more than three refills are allowed. If you want only one than you sway the cup quickly between thumb and fingers while holding it out to your host. He will take it from you, wash the cup and give it to the next guest. There are rarely enough cups to serve all guests at the same time, so you will be taking turns. Always working from right to left. 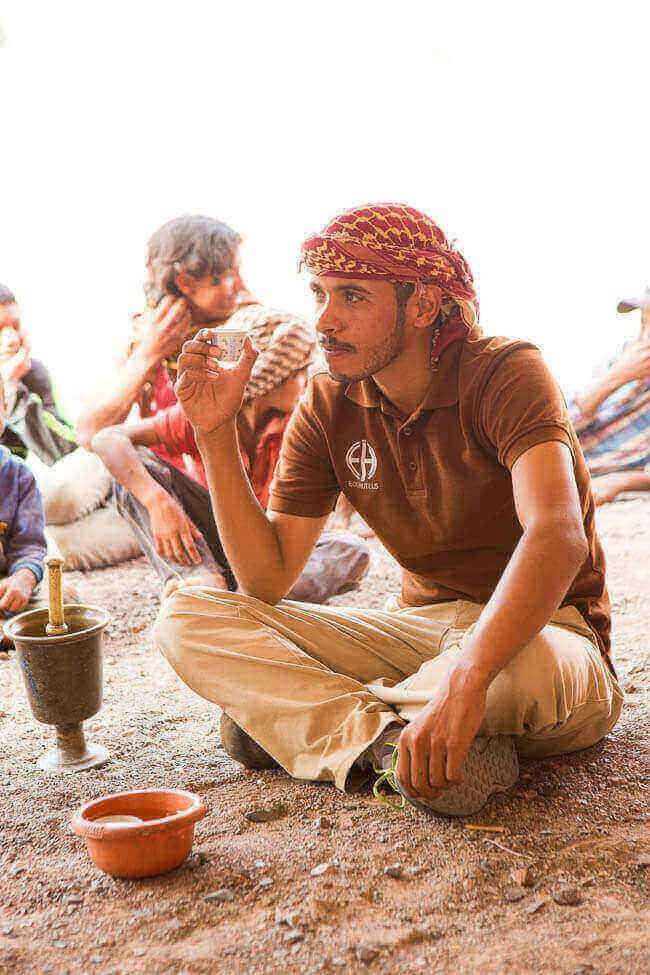 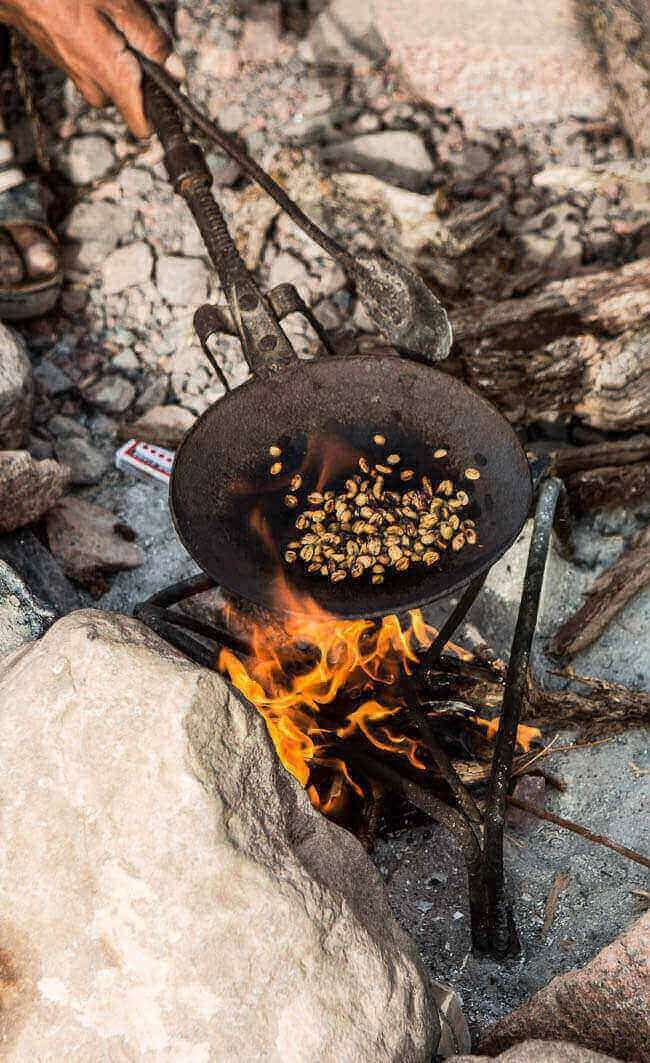 The hospitality of the Bedouin knows no limits anyway. Imagine you’re lounging at home and a complete stranger rings the door. You let that person enter your home and you feed them for three days without asking questions. They will sleep in your home and it would be the most normal thing in the world. After three days you can ask why they’re here but not before. I’m pretty sure that it would be unheard of in western culture, but with the Bedouins it is considered entirely normal to be this hospitable. Not doing so would be considered extremely rude. 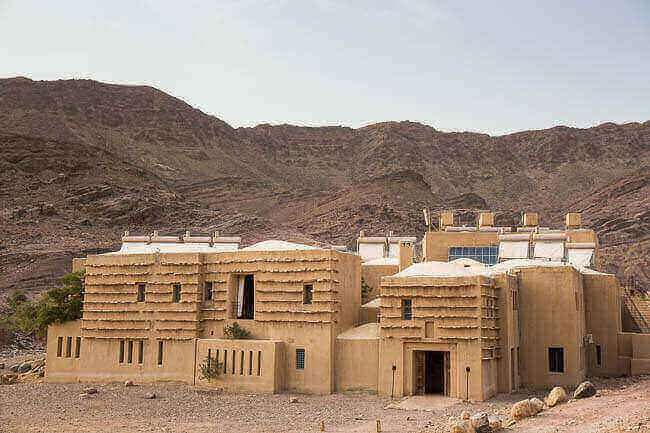 We slept that night in the Feynan ecolodge, a lodge located in the middle of the desert and an experience all in itself. The location is wild and impressive and the lodge is an important source of income in the area. As much as possible of the products and services in the lodge are provided by local bedouins in the area. A group of men is responsible for all tourist transport by 4×4 cars. We got picked up from the visitor center and brought to the lodge by locals and also on the way back from the lodge to Petra, two local men drove us there. A woman bakes the bread for the lodge every day and the guides that are used to do the various tours and activities the lodge offers are locals too. You can make various hikes in the area, you can do a cooking workshop, the coffee experience we did and much more. Depending on the season and depending of course on your preferences. 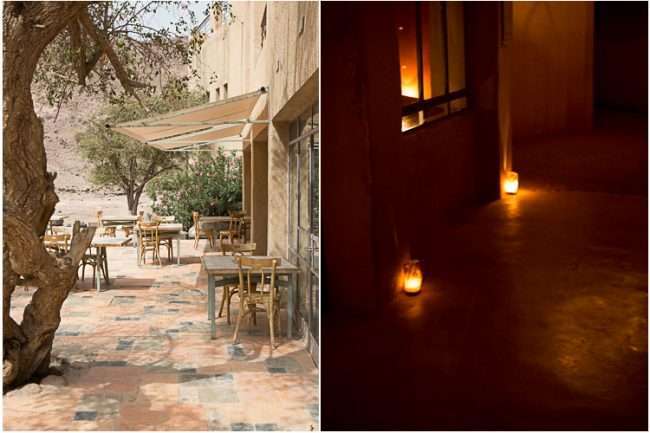 By night the lodge is entirely lit by candlelight. And fair is fair, while it looks like a picture from 1001 nights, it is slightly inconvenient. Romantic, but dark…. 🙂 In the rooms there is no electricity except in the bathroom (thank god for that!) so your room is looking beautiful with the mosquitonets above the bed and a view over the desert. However, it also means no airco and while the lodge is specifically designed to keep the heat of the desert out, while we were there it was the hottest ever so the room was quite unbearably warm. For that purpose specifically they set up beds on the roof of the lodge, where you can sleep under the stars. Even more romantic… 😉

Beware though: there are wolves and hyena’s in the desert too, so prepare for a bit of howling and dog barking in the night as well. We survived the heat of the night, even though I was really happy to get into the jeeps that would take us to Petra and have a bit of wind blowing through the car. Never figured that 40˚C could be soooo scorching! 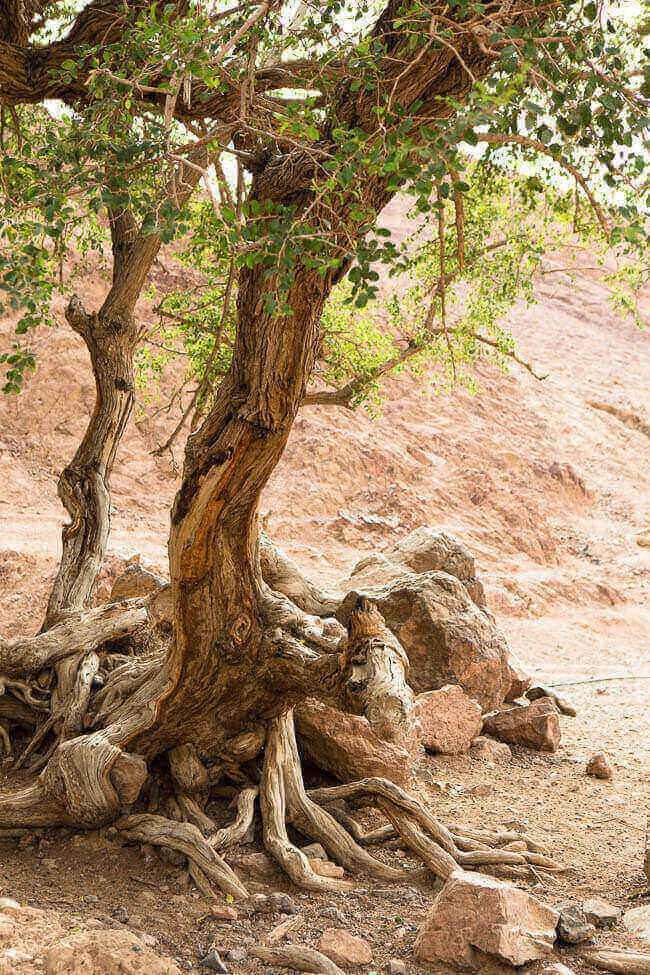 Disclaimer: We where in Jordan by invitation of the Jordan Tourism Board. All stories and photos are mine as well as all opinions of course.