What was supposed to be the highlight of our trip to Norway ended up being the absolute lowpoint: a dogsledding trip with Alaskan Husky Tours. 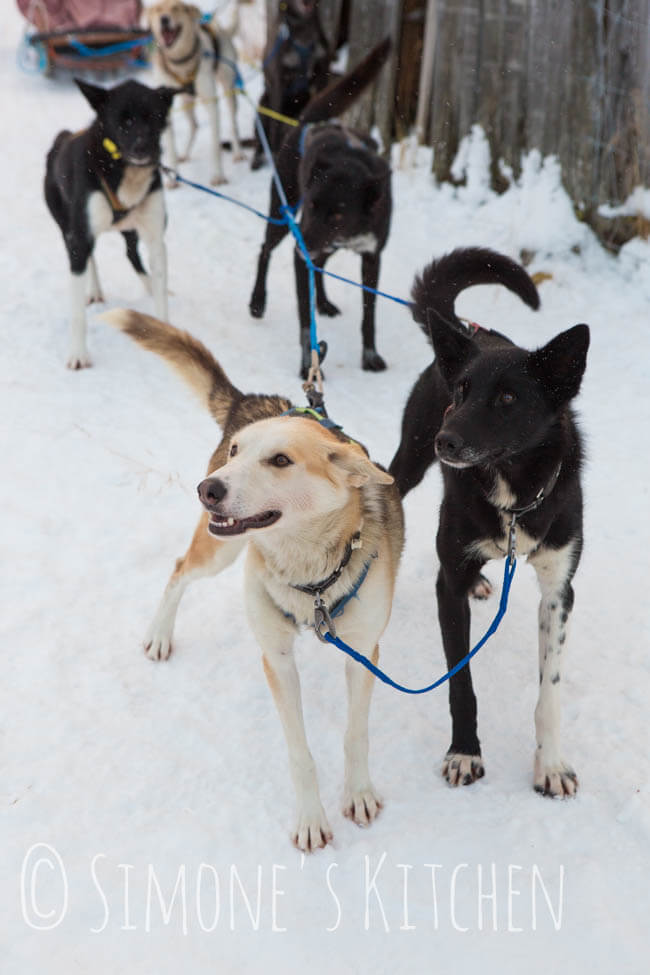 The day started out really well. We were all looking forward to this day which would include dogsledding, a sleighride and a visit to a reindeer farm. All good things on the last day! But we would start the day with the husky tour. We left our hotel around 9.45 I think from Røros to the husky location. It was a 45 minute trip by car. The dogs were as excited as we were and gearing them up and listening to the explanations on breaking and steering all seemed pretty straight forward. 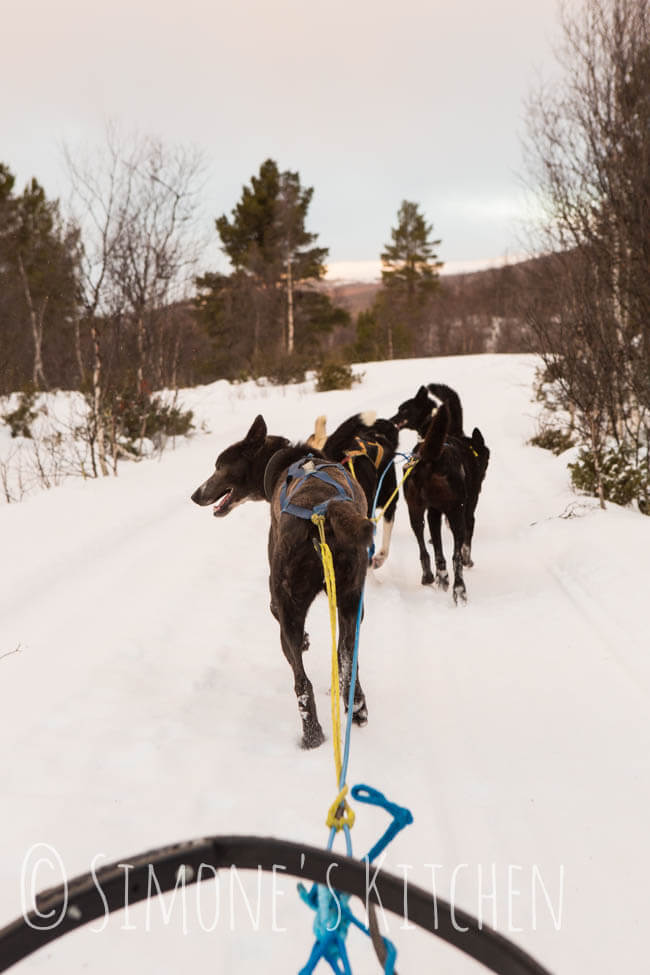 Lianne and I would form a team together. Lianne would be steering behind the sled standing on the sliders and I would be sitting in the sled so I could take pictures and video of the dogs in action. And it was beautiful! Even though our dog team (all ladies) were a little slow and smelly too! Apparently it is standard procedure that dogs start shitting as soon as they start running. Well, let me tell you: I could smell it! 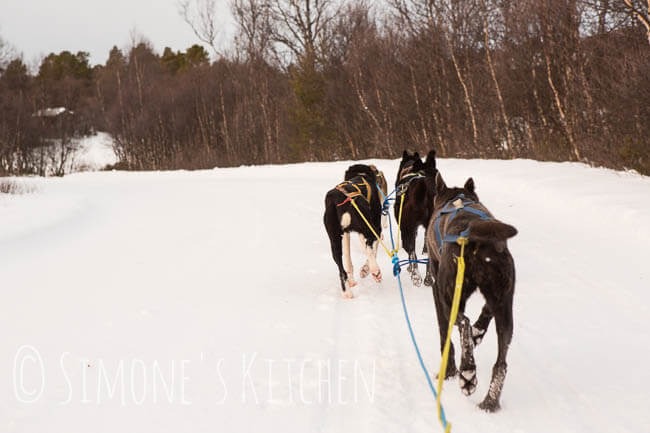 But we really enjoyed the ride and halfway through we had a short break. Normally you would switch places but Lianne and I decided she liked steering more and I liked taking pictures more so we would continue the same way. Not knowing that just a few meters further it would all end in a drama.

Pretty soon after the break we ended up at a steep decline. So we were going fast. And all of a sudden right in front of us someone fell with her sled and was lying on her side, so – naturally – Lianne tried to brake. Running into someone with a dogsled at full speed is not so nice after all.

But, braking and steering on a dogsled do not go together and there was a huge tree on the left side of the path. And while sitting in the sled that tree came at me at neckbreaking speed. So just a few seconds later I was lying in the snow in horrible pain. 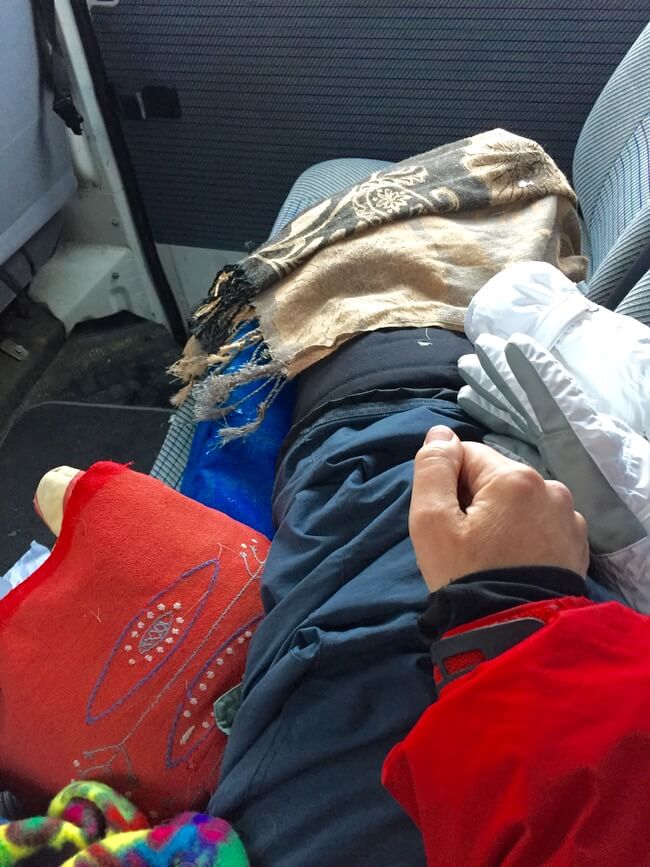 On our way to the hospital

And sometimes there are things you just know. So I immediately knew I had broken something. Initially I thought I had broken both ankles but quite quickly I could move the toes of my left foot again. And that was a good thing, as we were in the middle of nowhere. The guys from the husky tour had put me into a sitting position and from there I had to kind of hop between two strong man towards the car that was approximately 100 meters away. Eventually with lots of pain and trouble I got into the car and while trying to reverse the car from the slippery path, it got stuck in the snow. All in all it took four hours to end up in the little hospital of Tynset. Four hours of quite unbearable pain. 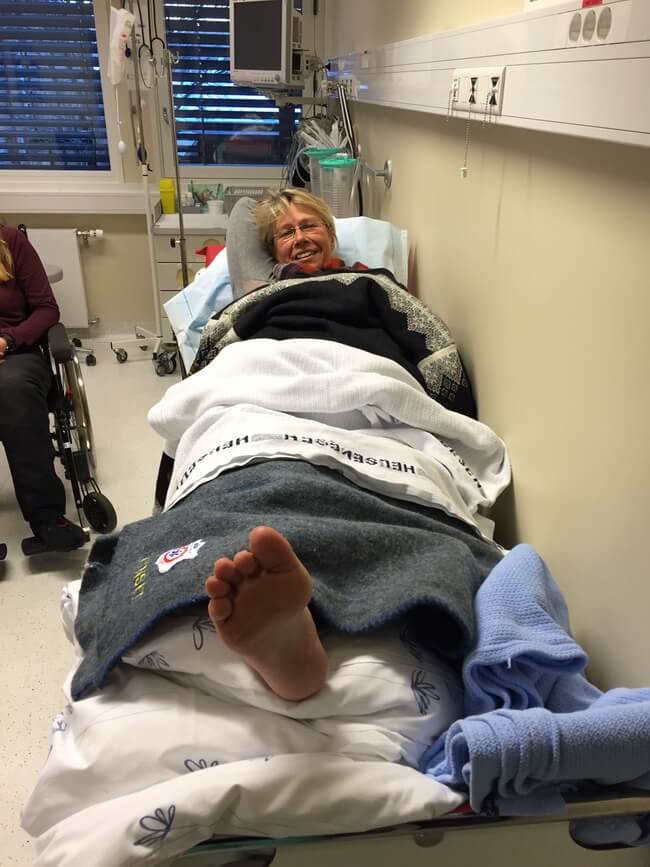 Finally in the hospital

I will spare you all the details on the X-rays and the CT-scans and the hassle before there was a plane to take me home, but I am here now. In the AMC in Amsterdam.

My ankle – shortly put – is completely ruined. The talus bone is broken in two which means the bloodsupply to the bone has stopped and the bone has died for 99% certainty. The planning is that it will be put back in place and screwed together and than it is waiting to see if the bone will hold or will disintegrate. If it does they will have to reconstruct some kind of anklebone. You won’t be able to do all the things you might want but at least I’ll be able to walk. 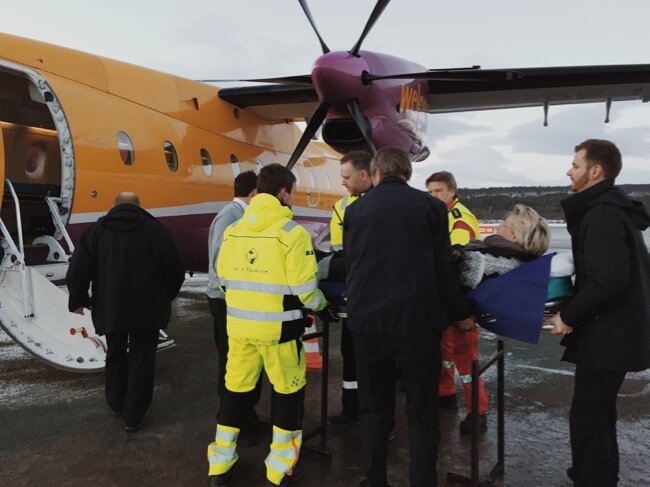 On my way home by plane

How it will all progress from here in the coming months I have no idea. The first three months I cannot put any weight on my right leg, so well, I guess you can calculate how long it is all going to take. I’m just gonna try and make the best of it. I don’t know if I’ll be able to cook or photograph but we’ll see how it goes! I’ll do whatever I can to support the healing process. So expect an update every now and than on how things are going.. 🙂

Fingers crossed it will all work out in the end! 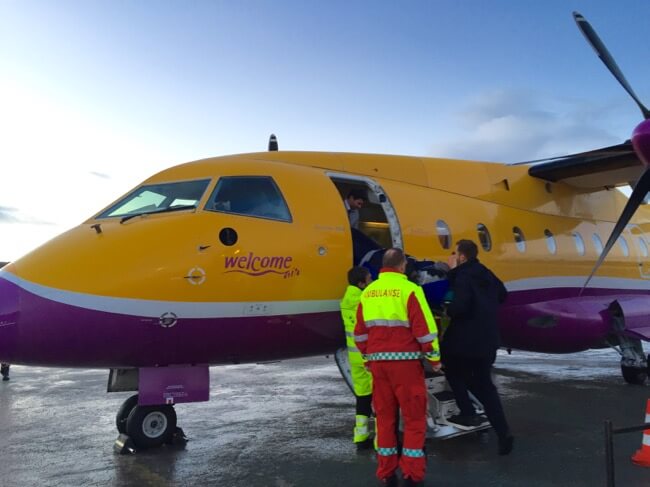